Zinedine Zidane has heaped praise on his midfield after their ‘exceptional’ performance helped Real Madrid beat Atletico Madrid 2-0 on Saturday.

Atletico turned up to the game with a six-point advantage over Madrid – having conceded just two goals in ten games – but thanks to the work of Casemiro, Luka Modric and Toni Kroos Zidane’s side cut gap to just three points.

The Real Madrid manager – who started the trio for the third time this season – said his team were ‘f***ing great’ and that he is ‘enjoying’ this moment.

Zidane, who has emerged victorious in Madrid’s last seven games against Atleti said: ‘We used [Modric and Kroos] to find the way out, it’s true. We had to do it.

‘And then playing fast from one side to the other and with diagonals, we found gaps. They’re f***ing great; they’re exceptional.

‘Karim [Benzema], too, and Lucas [Vazquez], he is phenomenal, and [Dani] Carvajal, and our captain [Sergio Ramos], [Raphael] Varane. They are all very good.’

Not only did Casemiro provide the opening goal for Real Madrid, Modric completed 87 of 90 passes throughout the game – the most in a Madrid derby since 2005-06.

Modric, Kroos and Lucas Vazquez were also effective in their pressing, which in turn restricted Atletico Madrid to just one shot on target across 90 minutes and no efforts at all before half-time. 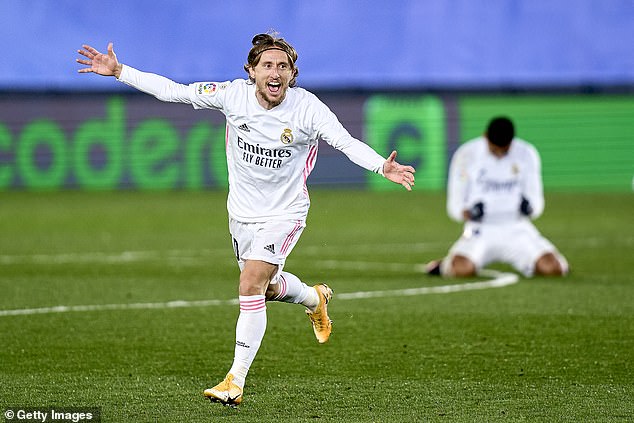 Zinedine Zidane has praised his midfielders, saying their performance were ‘exceptional’ 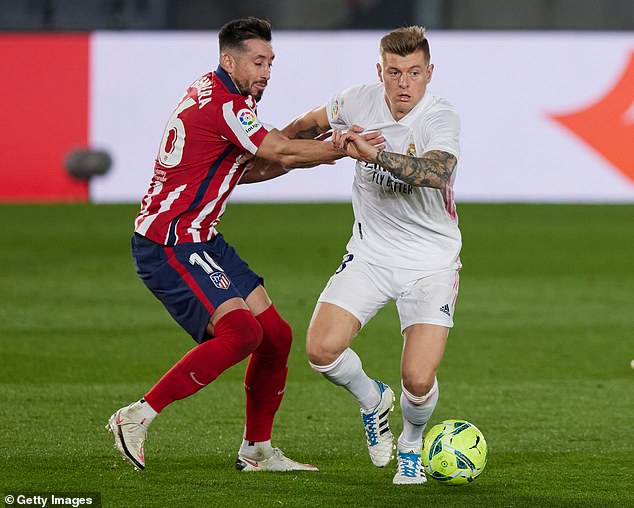 The derby victory adds to an impressive string of results for Real Madrid after they beat Sevilla 1-0 and Borussia Monchengladbach 2-0 to reach the last 16 of the Champions League.

Zidane reflected on their success by saying: ‘We confirmed what we did in the two previous games.

‘We competed very well throughout the game. But we don’t have anything to celebrate because we haven’t won anything. It’s a good week.

‘I’m happy for the players because they always believe in what they do. And when they get things done I’m happy. Let’s enjoy and think about Tuesday [against Athletic Bilbao].’

The death toll from Coronavirus infections in Singapore increased to 58,320 cases

Over-70s WILL now get breast screening