Real Madrid boss Zinedine Zidane insists that there is no problem between Karim Benzema and Vinicius Junior.

Footage emerged at halftime of Tuesday’s 2-2 Champions League draw with Borussia Moenchengladbach in which an exasperated Benzema was seen criticising the young Brazilian to defender Ferland Mendy, telling the full-back not to pass to him.

‘The most important thing is that it’s cleared up and that the players sort it out themselves. 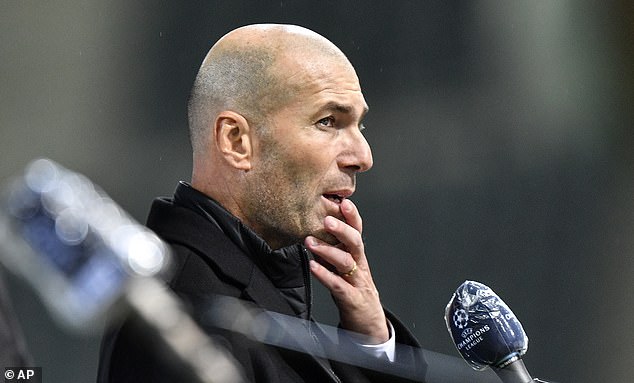 Cameras in the tunnel picked up a conversation in French between Benzema (bottom right) and Ferland Mendy, who were reportedly talking about Vinicius (top left)

Karim Benzema tells Ferland Mendy not to pass to Vinicius Jr at half-time during last night¿s game between Gladbach & Real Madrid: ¿Brother don¿t play to him. On my mother¿s life. He is playing against us.¿ pic.twitter.com/zmpciQRgAV

‘You say a lot of things on the pitch, but it always stays there,’ Zidane said, confirming local media reports that Vinicius and Benzema had buried the hatchet at training on Thursday.

‘It’s good that these kind of things happen, because it means we’re alive and in the moment.

‘They spoke and that’s that. This kind of thing happens all the time on the pitch, things get heated. You say things about yourself, others and even me.’ 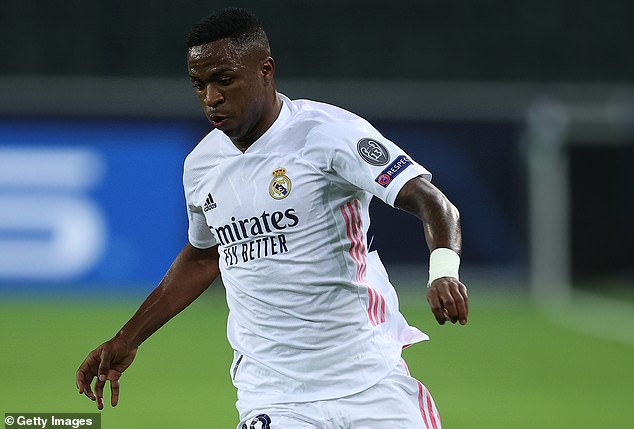 Marca report that Benzema apologised to Vinicius and the Brazilian accepts that the remarks were in the heat of the moment.

In a conversation spoken in French, Benzema told Mendy: ‘Don’t play with him. On my mother’s life, he [Vinicius] is playing against us.

‘He [Vinicius] does not do anything useful,’ with the left back replying: ‘When he becomes scared, he loses what makes him great.’

Vinicius has since been linked with a swap deal alongside Isco for Paulo Dybala from Juventus. 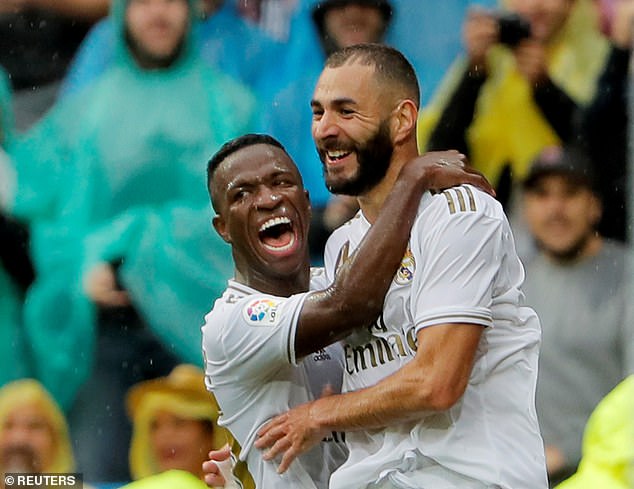 Eden Hazard made his first appearance for the club since August in the game following a lengthy injury, but Zidane said he might resist the temptation to start him in Saturday’s meeting at home to minnows Huesca.

‘He’s training well, and things look good. When you get injured it’s tough because as a player you just want to play,’ Zidane said.

‘We’ve got a lot of games coming up and the idea is that he’s with us for them. We’ll see how we manage his game time, but the most-important thing is that he’s feeling good. There’s lots of games, lots of minutes, to come.’

Real are without defenders Dani Carvajal, Nacho Fernandez and Alvaro Odriozola for the game, while midfielder Martin Odegaard will also be missing. 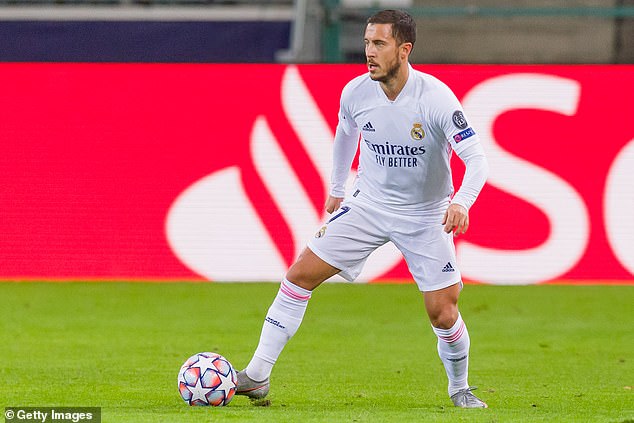 Exxon’s revenue tanks 29% in Q3 due to COVID-19 disruptions.

Exxon’s revenue tanks 29% in Q3 due to COVID-19 disruptions.