By Billie Thomson For Mailonline

A vet at a Chinese zoo has been injured after being bitten by a tiger in the leg while treating the sick beast.

Multiple media outlets reported that the animal woke up unexpectedly during treatment due to failed anaesthesia before attacking the medical worker.

But the zoo called the allegations false, claiming the tiger opened its mouth ‘unconsciously’ while being anaesthetised during IV therapy. 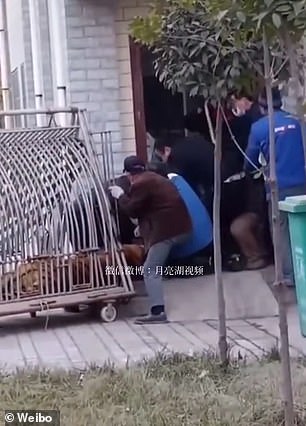 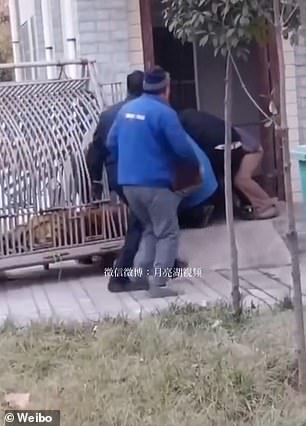 The zoo said the vet had sustained a minor injury and was in stable condition.

The incident caught the attention of Chinese social media users after footage purportedly showing the vet being rescued by colleagues had emerged.

In one of the trending clips, a group of men appear to gather around another man, attempting to free him from a tiger lying halfway in a cage.

Another video shows two men carrying a third man, who seems to be wounded in one leg.

The zoo claimed its medical workers were moving the tiger into a cage on the day to undergo medical treatment when one of them got wounded. 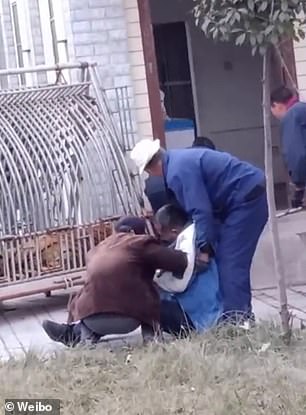 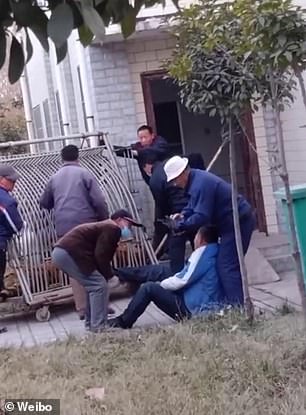 The zoo claimed that the tiger had been given anaesthesia but opened its mouth ‘unconsciously’ due to neural responses. It said the vet had sustained a minor injury in the leg

The tiger had been given anaesthesia but opened its mouth ‘unconsciously’ due to neural responses, a social media statement said.

The zoo stated that the tiger had suffered from inflammation in the stomach and intestines for three days when the medical team decided to give it IV therapy.

The injured vet was said to sustain a wound measuring four centimetres (1.6 inches) long and 0.5 centimetres (0.2 inches) deep on the lower part of their right leg.

The individual was said to be in stable condition.

The zoo has vowed to give safety education to relevant staff and tackle safety hazards to prevent similar events from happening in the future.