The brightly-colored Bel Air estate which once belonged to Hollywood star and socialite Zsa Zsa Gabor’s has sold for $16million.

Gabor – known for her femme fatale roles, many marriages and arrest for slapping a police officer – bought the home in 1973 and lived there until her death in 2016, at age 99.

During her decades living in the estate, she reportedly played host to luminaries including Queen Elizabeth II, presidents Ronald Reagan and George H.W. Bush, and actress Elizabeth Taylor.

The house itself was also used as Liberace’s fictional home in the 2012 biopic, Behind the Candelabra.

And Hollywood folklore suggests it may have previously been owned by Elvis Presley, although his connection to the mansion is debated. 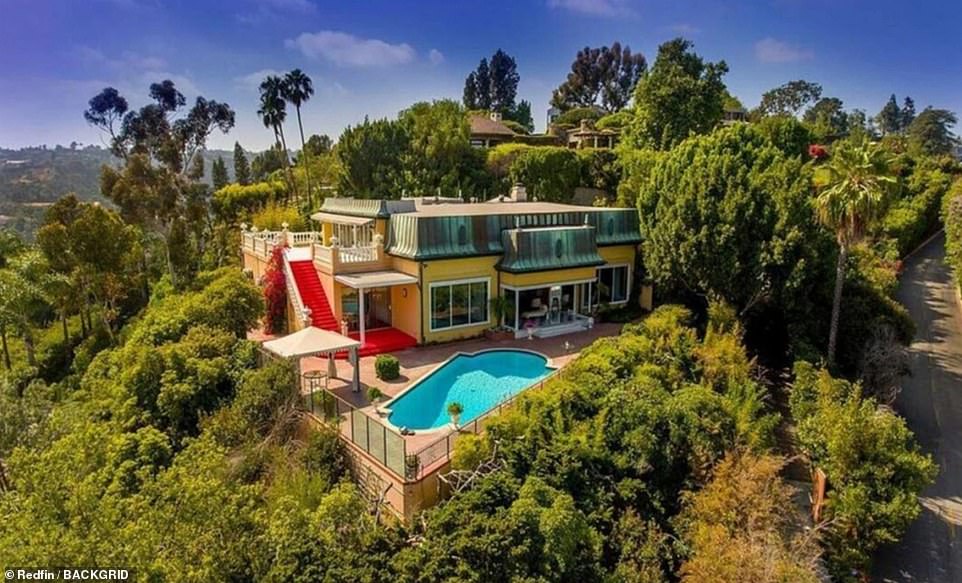 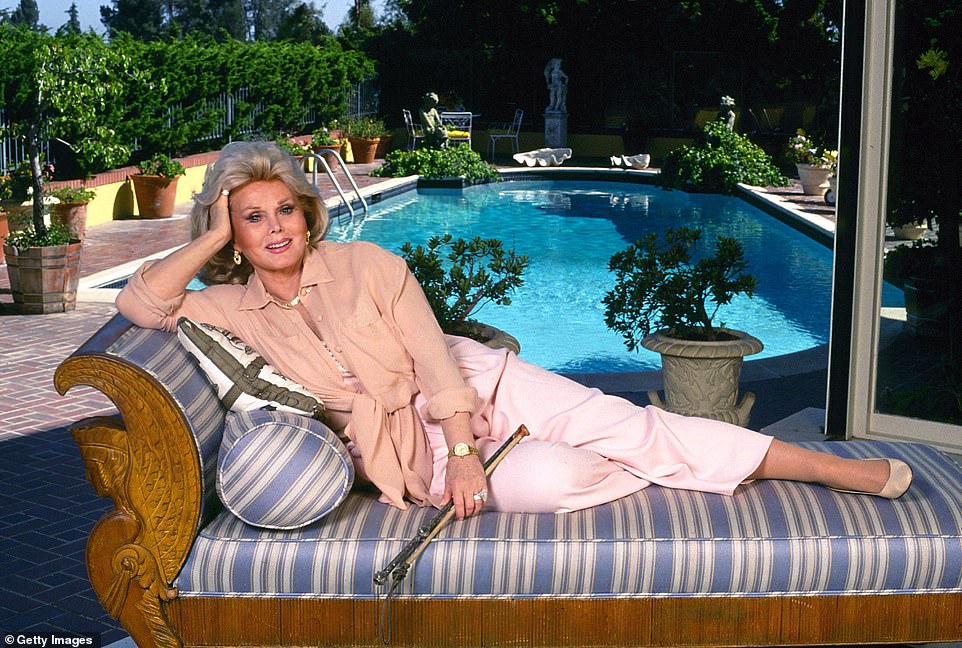 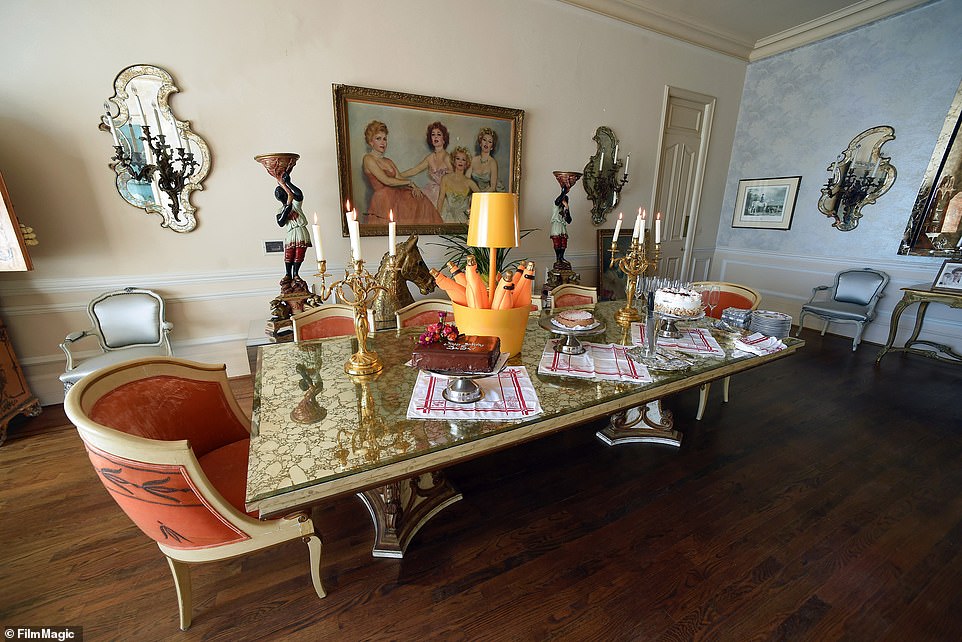 Friedland reportedly purchased the home for $4.8million less than the $20.8million its previous owner paid for it back in 2018.

That person, whose name was not revealed, apparently never moved into the mansion and left it empty for more than two years.

The actress’ June 2016 obituary noted that the villa had been built by Howard Hughes and was, at one point, owned by Presley.

But Variety noted that Hughes had only leased the home in the late 1960s, and Presley’s connection to the home is disputed, according to Forbes.

Beder said that the add-on level includes a bar, grand living room and terrace, making it ‘like a Monte Carlo nightclub with jetliner views.’ 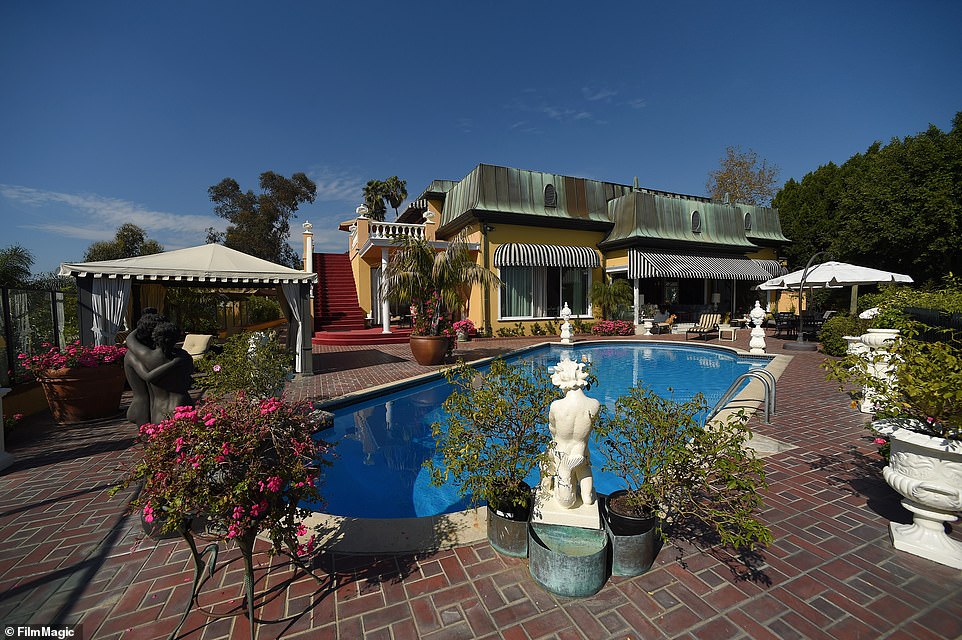 While living in the home, Gabor was said to have played host to Queen Elizabeth II and presidents Reagan and Bush Sr 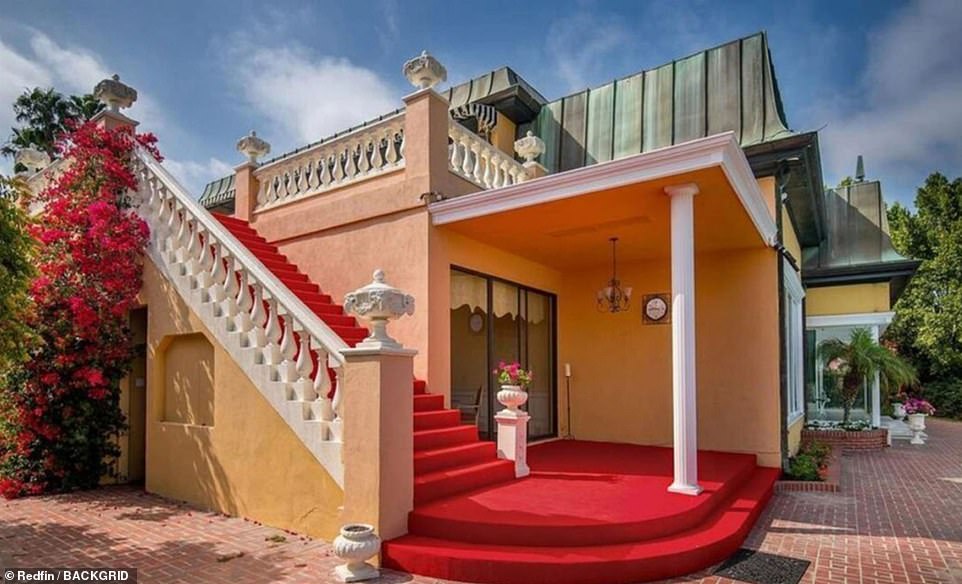 The French Regency-styled house features a bright yellow facade and red outdoor stairs. It also has a mansard roof 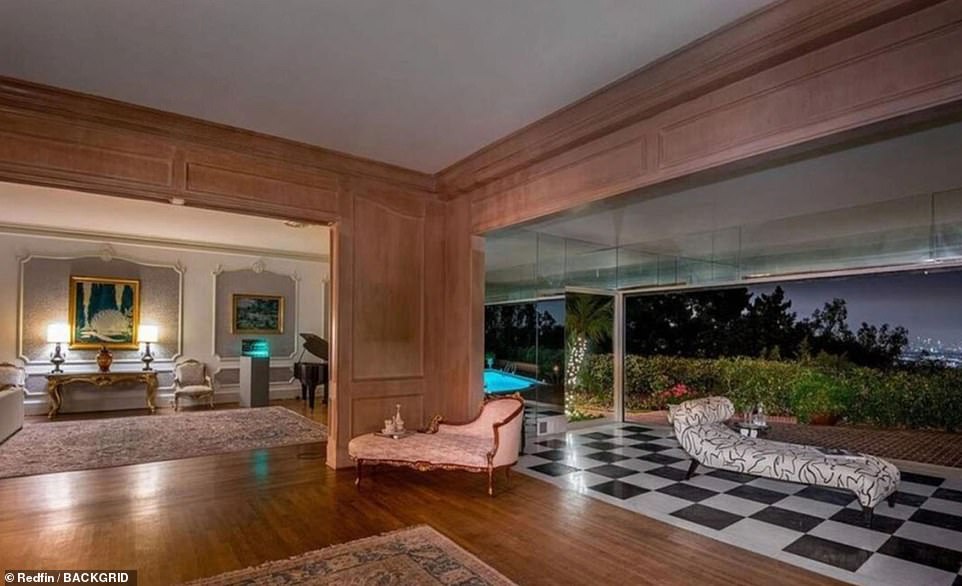 While living in the home, Gabor filled it with antiques, statues and other dramatic decorations fitting of her Hollywood status 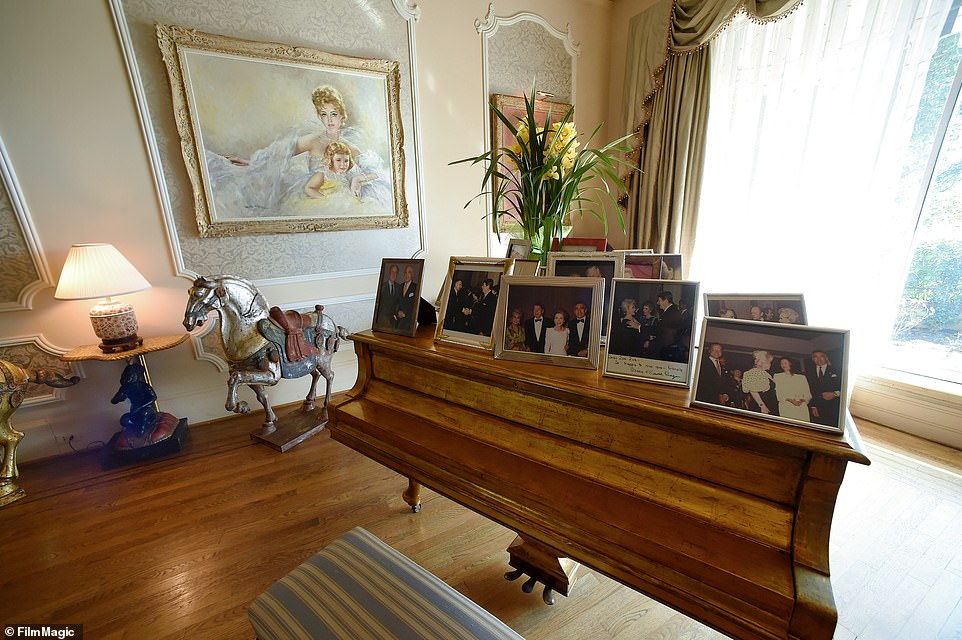 Gabor had a golden piano in the house (pictured), which is seen in 2015 during her 98th birthday press conference 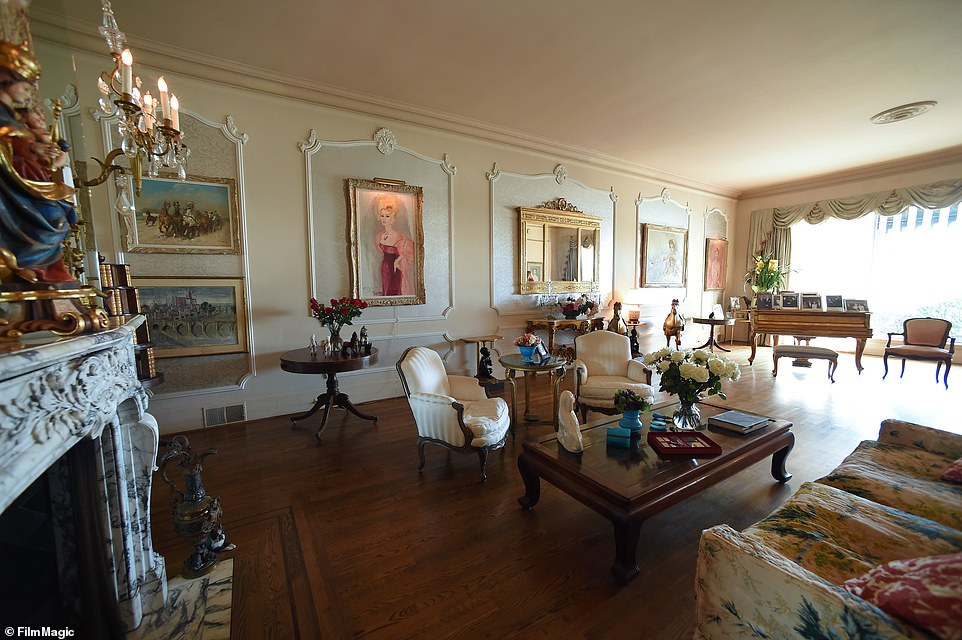 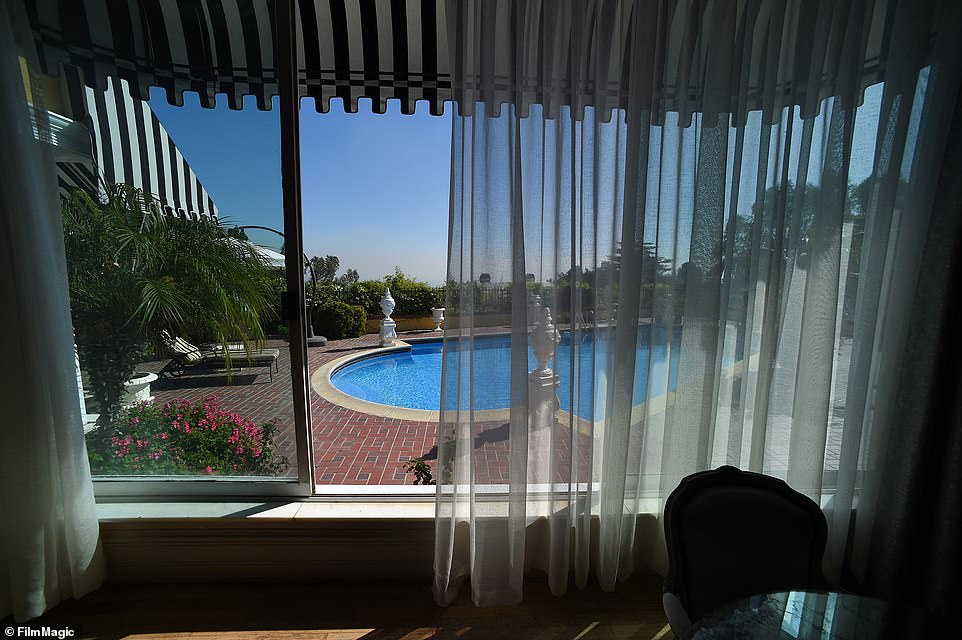 A view of the pool from inside the mansion. Outside the home, there’s a brick patio, cabana and two motor courts 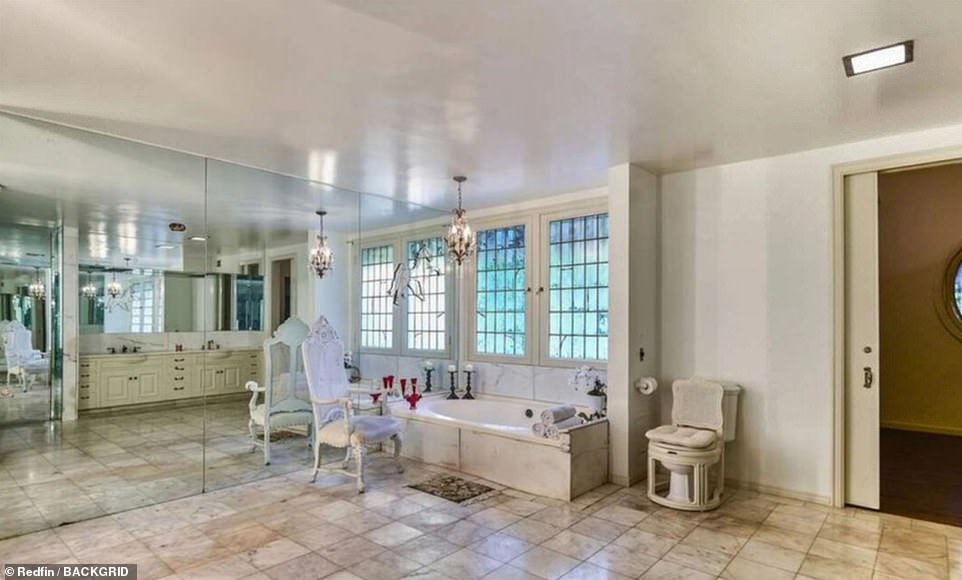 One of the opulently-decorated bathrooms in Gabor’s home while she lived there. The toilet appears to be disguised as a chair 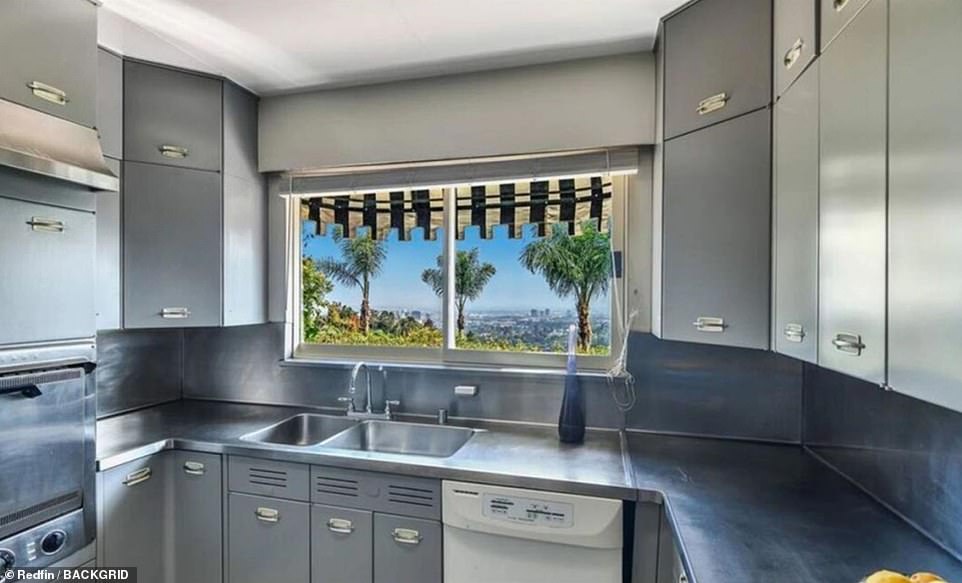 Gabor’s kitchen is a vintage masterpiece, which doesn’t appear to have been modernized too far beyond its original design

Also inside the home – which is accessible through large gates and a long driveway – are formal dining and family rooms, three guest suites and a retro breakfast room. Outside, there’s two motor courts, a cabana on a brick patio and a pool.

When she lived there, Gabor filled it with elaborate furniture including a golden piano, opulent sculptures, antiques and clothes – lots of them.

Her obituary made note of the fact that her closet – which measured ’30 feet long, 12 feet deep and 14 feet high’ – held 5,000 items of clothing. She was said to have changed up its contents by donating much of it, save her favorite gowns, and getting new clothes.

It’s unclear what new owner Friedland intends to do with the estate – restore it or replace it – as the property was put on the market noting that buyers could ‘tear it down and build a new iconic Bel Air trophy property.’

In January 2020, Friedland paid $26million for a modern, two-house compound above Sunset Strip. He and his wife also have a luxury apartment in Singapore and a clifftop villa in Thailand.

The latest sale represents the third time Gabor’s house has been sold since she died. 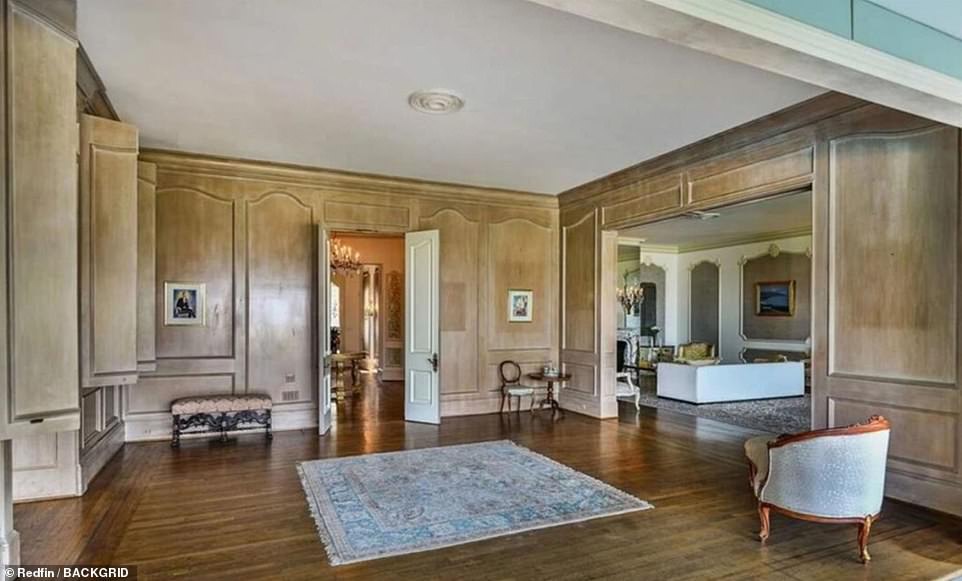 Gabor’s house was once used as Liberace’s fictional home in the 2012 biopic, Behind the Candelabra. A view from inside 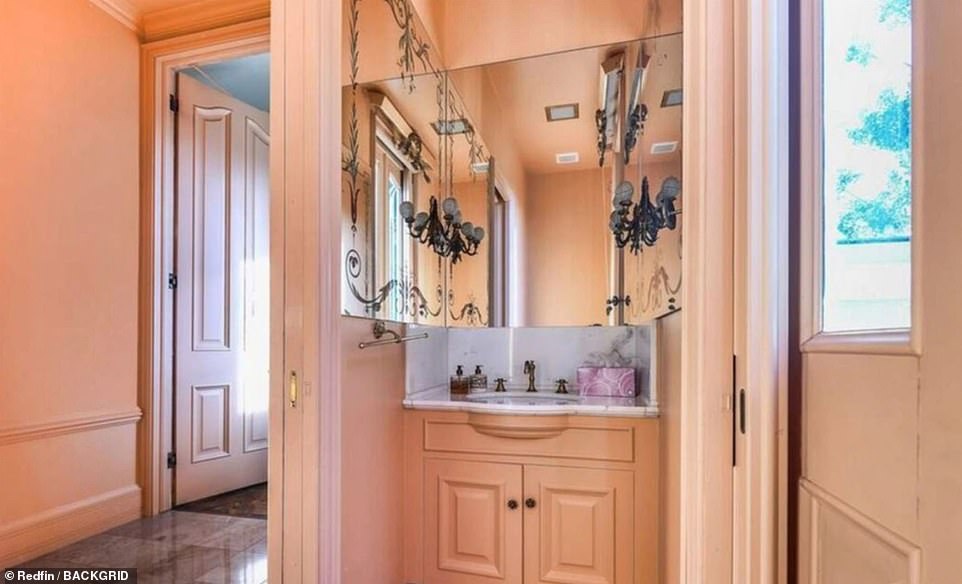 One of the Gabor’s bathrooms, filled with vintage-looking design elements. She lived in the home from 1973 to 2016 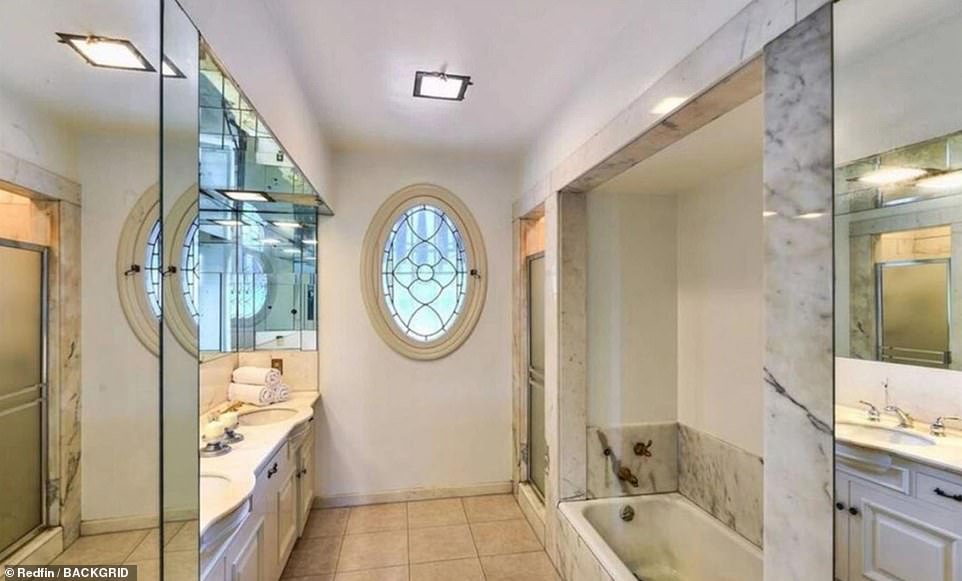 Another vintage-looking bathroom. It’s unknown if Friedland, the new homeowner, will renovate the home or tear it down 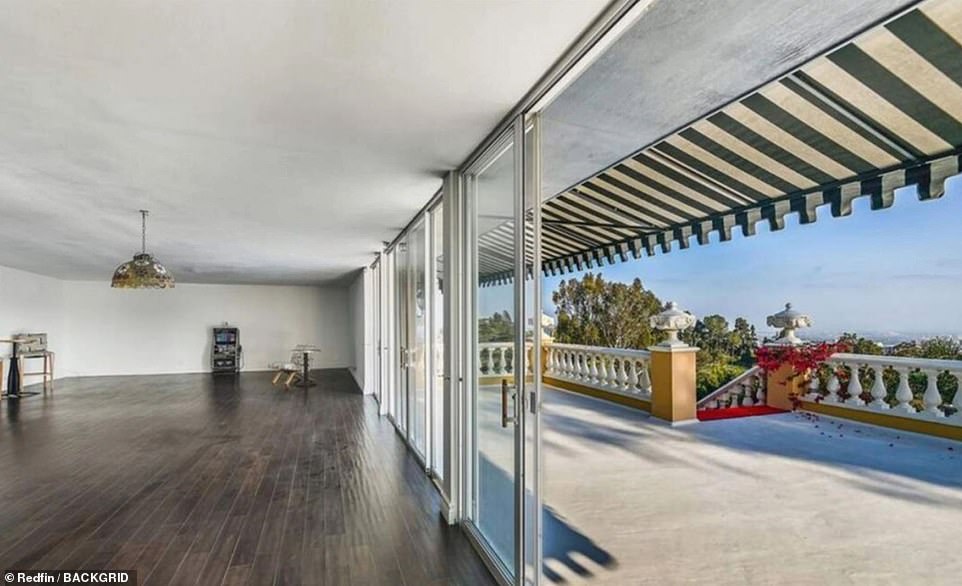 The terrace that Gabor added to the home, which was described as being ‘like a Monte Carlo nightclub with jetliner views’ 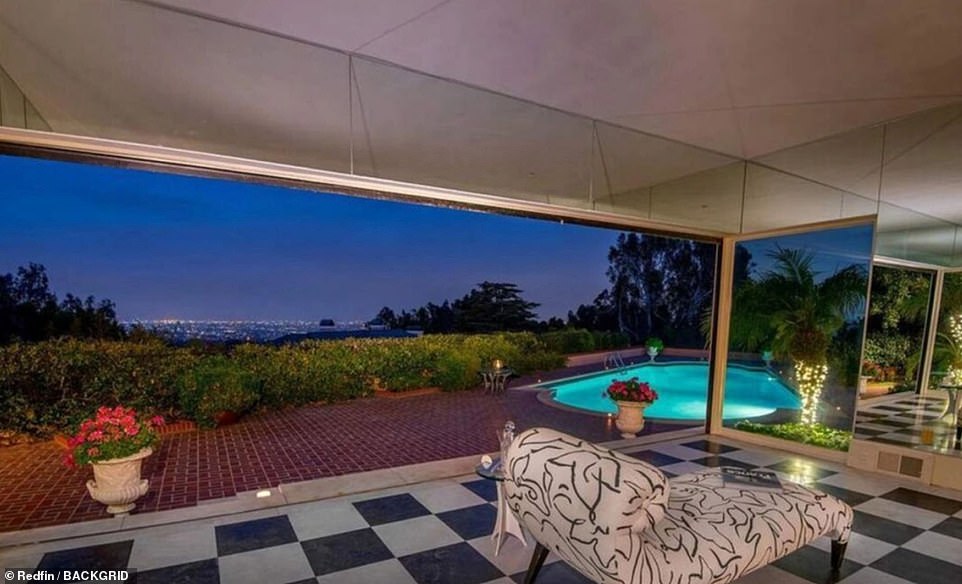 The home sits on a 1.1-acre lot in Bel Air and has spectacular views of the city below. A view of the pool against the evening sky 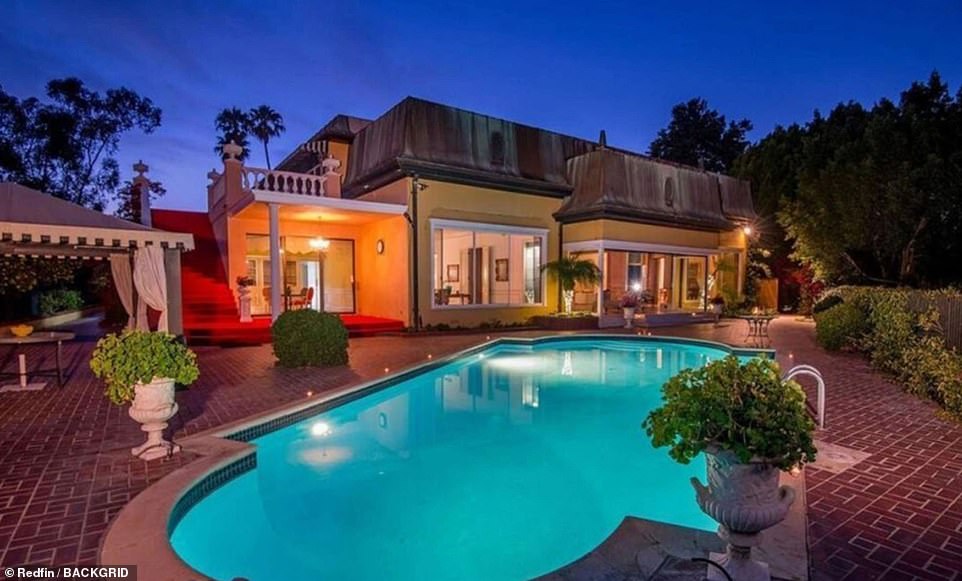 The person who bought Gabor’s home (shown) in 2018 for $20.8million never moved in, leaving it vacant while they owned it

Keyontae Johnson, Florida player who collapsed on court, is in a medically induced coma, grandfather says