The Champions League has made a thunderous return with a gripping opening round of group matches for the 2020-21 season.

Real Madrid were plunged into further crisis, Ole Gunnar Solskjaer had another night to remember at the Parc des Princes and holders Bayern Munich began the defence of their trophy with a commanding victory.

Sportsmail picks out 10 things we learned from the comeback week of European football’s elite club competition.

That is, unless you are a Bayern Munich player. But on the eve of Bayern’s first group match, a devilishly tricky tie against Diego Simeone’s Atletico Madrid, Flick was pleading for patience with his team of Champions League winners.

‘To reach the optimum level as we did recently will be extremely difficult,’ Flick said – pointing to the departures of Thiago Alcantara, Philippe Coutinho and Ivan Perisic after winning last season’s Champions League.

‘As for now, I am fairly satisfied. We have had only one week of training with everyone together… it is a different team from last season.’

The idea that Bayern may have a few extra gears to click into is an ominous sign for the rest of Europe, as Flick’s men ran out 4-0 winners against Atletico at the Allianz Arena. Kingsley Coman got two, while Leon Goretzka and Corentin Tolisso also scored. What a way to being the defence of the trophy. 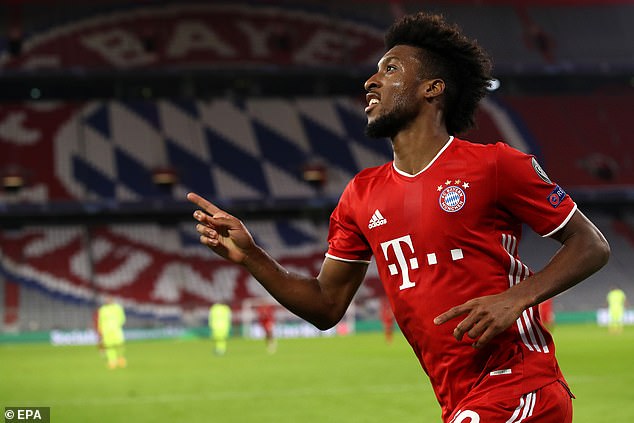 No Ronaldo? No problem!

Andrea Pirlo kicked off life as a manager in the Champions League without his talisman Cristiano Ronaldo for the match against Dynamo Kiev as he recovers from Covid-19.

Everyone knows how much Ronaldo loves the Champions League – he and Messi have sent an array of scoring records tumbling in their pursuit of greatness.

But on Tuesday, Pirlo’s Juventus beat Kiev 2-0 without the Portuguese striker. Alvaro Morata filled his place valiantly, netting both goals to hand Pirlo a victory against Kiev manager Mircea Lucescu – the man who Pirlo his debut as 16-year-old player at Brescia. 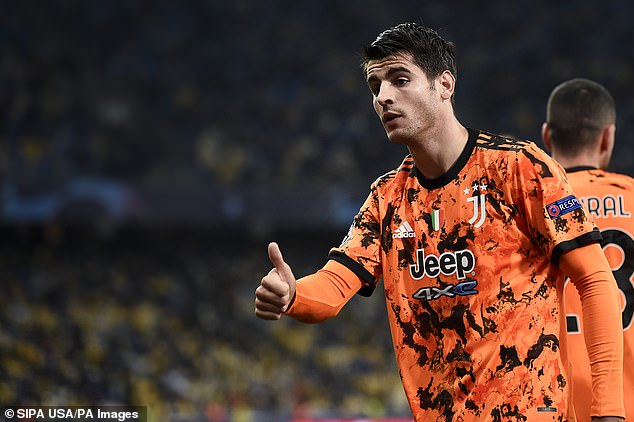 A 0-0 draw is a reasonable enough start to Chelsea’s Champions League campaign – Sevilla are tricky opponents but Frank Lampard would have hoped his side’s home advantage could have counted for more.

In his analysis of the match, Michael Owen suggested that Timo Werner needs more passes that accommodate his desire to play on the shoulder of the last defender and run in on goal. Owen’s comments turned the spotlight onto Chelsea’s attacking midfielders who, against Sevilla, were Kai Havertz, Christian Pulisic and Mason Mount, to pick out the No 9.

‘He’s always looking to be on the edge,’ Owen said. ‘If they could just find that through ball, he’ll be in.’

Werner has scored three goals in his first seven Chelsea game – two of those coming in Saturday’s 3-3 draw against Southampton. 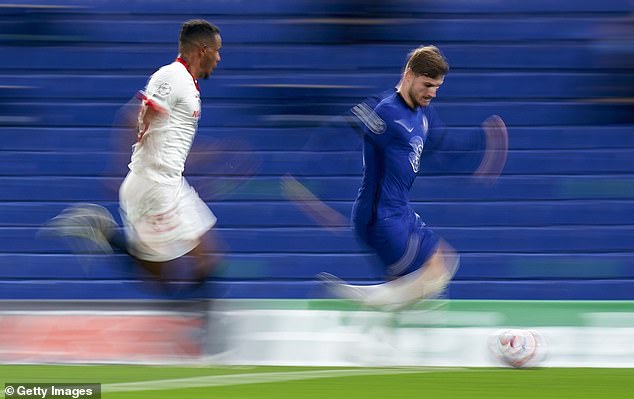 Paris Saint-Germain might not be the dominant European force that they aspire to be quite yet, but a game against their front line is arguably as hard as it gets.

For Axel Tuanzebe, the game also represented a major opportunity to lay claim to a more prominent role in the United setup.

Before being thrown in at the deep end in France on Tuesday night, Tuanzebe’s last game for United was on December 18 when they beat Colchester 3-0 in the EFL Cup. 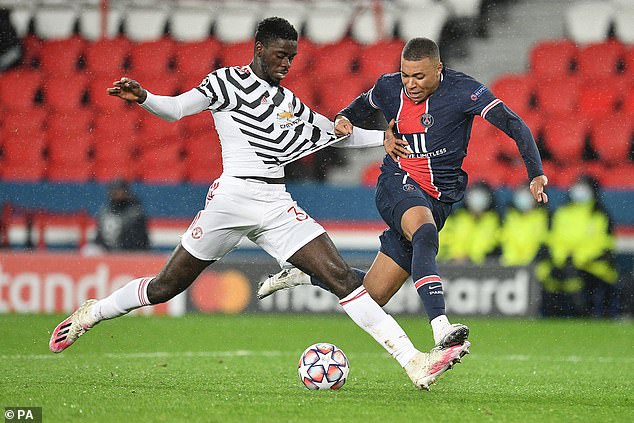 What a difference a year makes. Tuanzebe was outstanding for United, shackling Mbappe and leading the charge to stifle PSG’s heavyweight attack. Marcus Rashford’s goal snatched the three points for United but the following day, Tuanzebe was rightly receiving all the plaudits. Something says it won’t be another 10 month wait for his next United appearance.

It isn’t the first eye-catching achievement of Tuanzebe’s career, even if United games have been hard to come by.  In 2018, Tuanzebe landed an official Guinness World Record… for the fastest game of Hungry Hungry Hippos ever, completed by clearing it in 17.36 seconds flat! 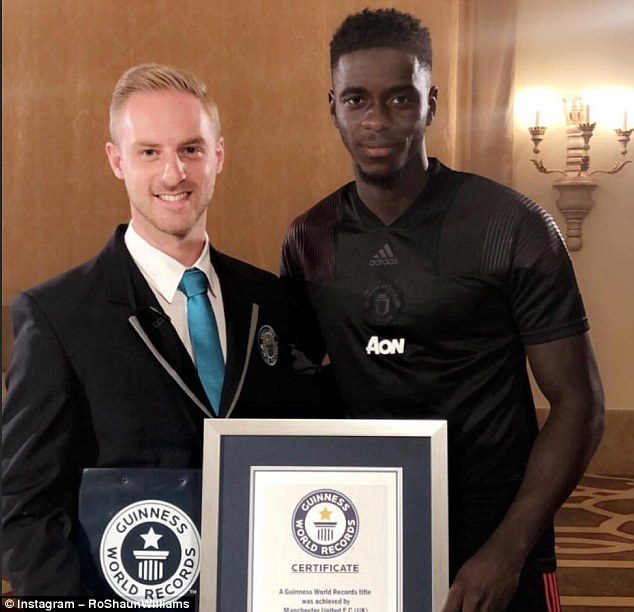 Some Chelsea fans might have had a keen eye on Manchester City’s game against Porto on Wednesday night. Summer signing Malang Sarr – a free transfer from Nice – was playing for the Portuguese side, which is where he is spending the season on loan.

Coming up against City’s frontline of Sergio Aguero, Raheem Sterling, Riyad Mahrez and Ilkay Gundogan is no easy task, however. Porto took a shock early lead through Luis Diaz in the 14th minute but City came storming back with goals from Aguero, Gungogan and substitute Ferran Torres.

Sarr was in a back three alongside former Newcastle defender Chancel MBemba and veteran Portuguese defender Pepe, but the trio were unable to hold Pep Guardiola’s men back from victory. 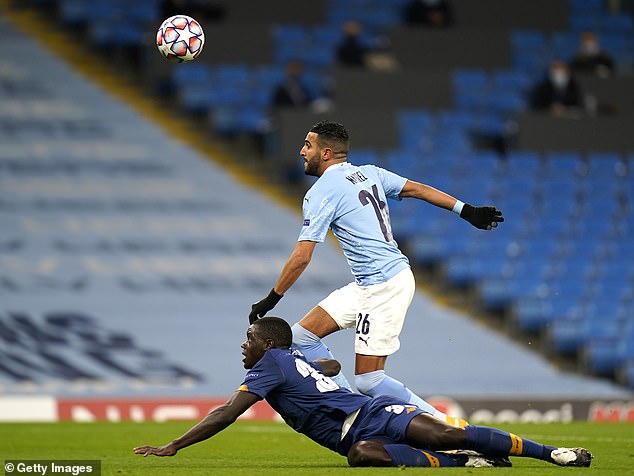 Former Manchester City full-back Angelino is having a great time with Red Bull Leipzig – and at present, he is in a patch of scoring form that puts their strikers to shame.

The 23-year-old scored both goals for Leipzig as they ran out 2-0 winners against Istanbul Basaksehir in the other game in Manchester United’s Champions League group.

Angelino has now scored four goals in his last three games, after also hitting the back of the net in Leipzig’s Bundesliga wins over Schalke and Augsburg. 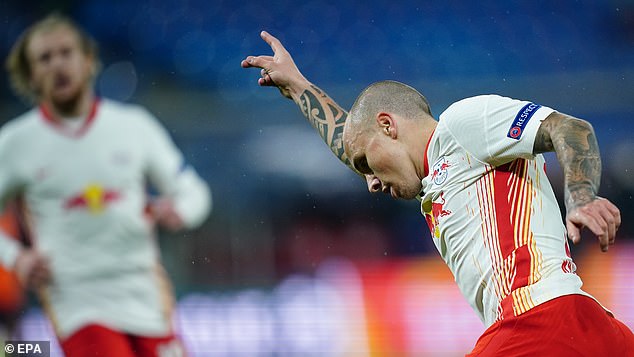 Jota really IS a pressing machine

Jurgen Klopp made an eye-catching triple substitution on the hour mark of Liverpool’s 1-0 win away to Ajax, hauling off his front three of Mohamed Salah, Sadio Mane and Roberto Firmino for Takumi Minamino, Xherdan Shaqiri and Diogo Jota.

It was a smart move, allowing Liverpool to covert to a 4-5-1 without possession to offer extra defensive security. The back-up front three all impressed but it was Jota who particularly caught the eye with his energy off the ball.

Klopp’s assistant Pepjin Linders once described Jota as ‘a pressing machine’ and his appearance v Ajax was as a solid an example as we have seen in his Liverpool career to date to back up his words. His passing was also smart and he created a chance for Georginio Wijnaldum towards the end after a brilliant run forward.

Liverpool have five games in 15 days ahead of them – don’t be surprised to see Jota starting sooner than later. 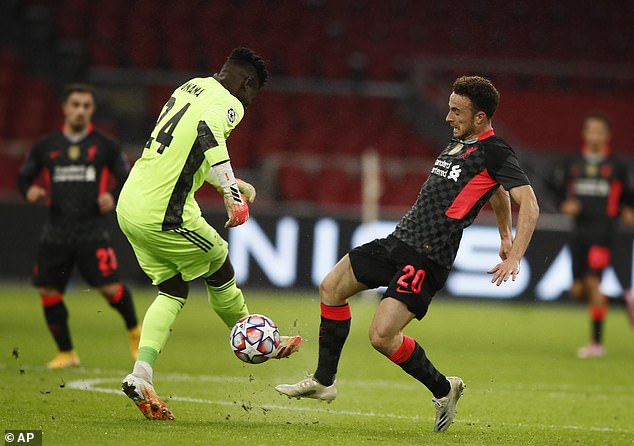 Minamino earned his Liverpool move last January after impressing against Jurgen Klopp’s men for Red Bull Salzburg. Erling Haaland was the diamond of that Salzburg team last year and has reached new heights since signing for Borussia Dortmund in the same window where Minamino departed.

On Wednesday, Salzburg returned to the Champions League with another player catching the eye – 19-year-old striker Dominik Szoboszlai. He scored twice as Salzburg drew 2-2 at home to Lokomotiv Moscow. It takes his tally to five goals in nine games so far this season for club and country – he represents Hungary on the international stage. 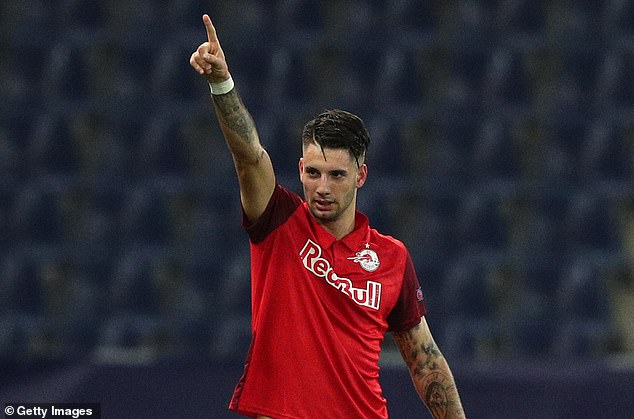 Dominik Szoboszlai, 19. has made an impressive start to the 2020-21 season at RB Salzburg

It was a welcome return to the Champions League for Lazio, who were making their first appearance in the competition after a 13-year absence. They recorded an eye-catching 3-1 win over Borussia Dortmund but it is the manner of the display that will give opposing managers food for thought in the coming weeks.

The Italian side picked Dortmund off on the counter-attack to a devastating extent on Tuesday night. Lazio only had 35 per cent of possession at home against the Germans, but goals from Ciro Immobile, Marwin Hitz and Jean-Daniel Akpa-Akpro ensured it was a winning return to the Champions League for Simone Inzaghi’s men. 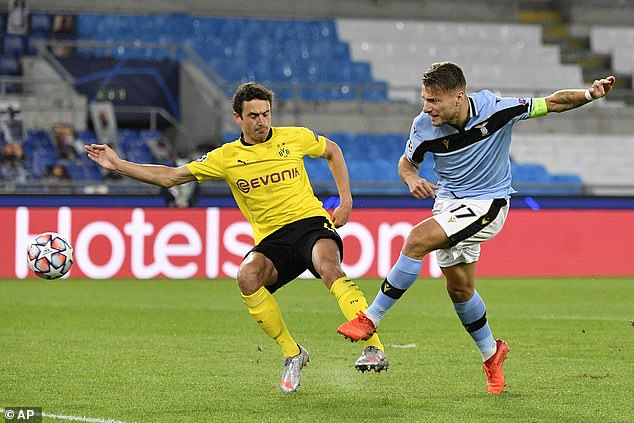 And this is one that his team-mate Lionel Messi nor Cristiano Ronaldo will be able to ever beat.

When the Barcelona protege scored the second goal in his team’s 5-1 win over Ferencvaros, he became the first ever player to score more than one goal in the Champions League before turning 18. The strike was already his fourth for Barcelona this season. 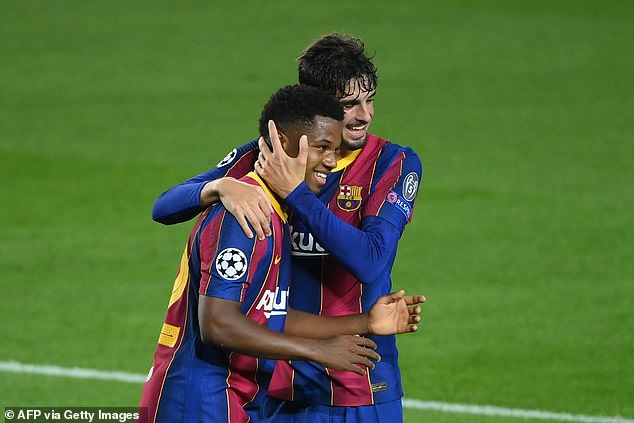