This is the hilarious moment a huge dog squeezed through a cat flap to get into the bedroom of its owner’s children.

Footage filmed in Tualatin, Oregon, on November 15, shows owner Jaime Cedarlin waving some salami to entice her newly adopted six-month-old giant schnoodle Cassi who is standing on the other side of a baby gate.

Mrs Cedarlin had been puzzling how the 50lb dog, a cross between a schnauzer and a giant poodle, had been getting into the children’s room and chewing things.

So she decided to test how the ‘floofy’ pet was bypassing the baby gate, which only has a small flap for the family’s cat Nonni to go through.

The clip shows Cassi, who weighs around 50 pounds, being called by Mrs Cedarlin, who says: ‘Can you do it?’

She asks her children, one called Asher and the other called Char, to stand behind her as she continues calling the dog, saying: ‘Cassi, let’s go’ and whistling to get the animal’s attention.

The big fluffy dog drops onto its front paws and somehow shimmies through the tiny opening to retrieve the salami. 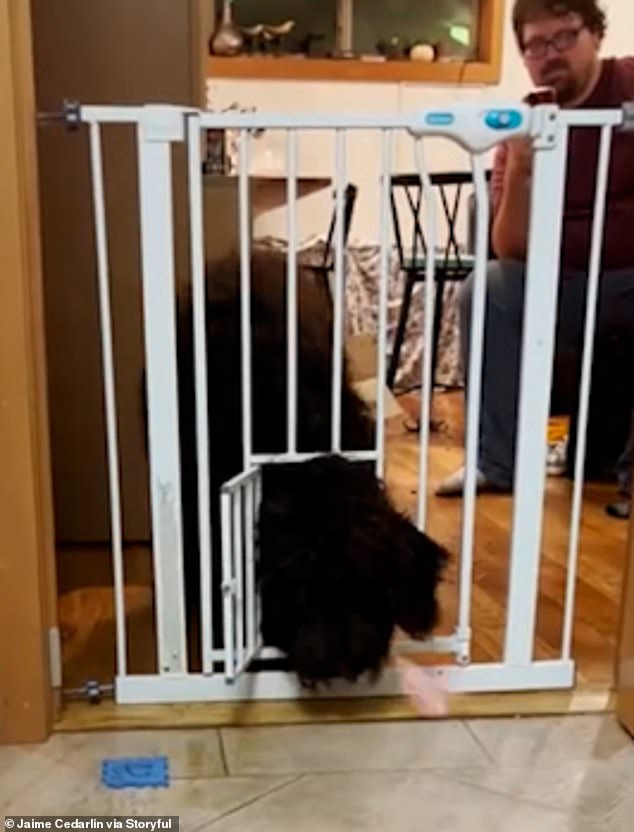 Footage taken in Tualatin, Oregon, on November 15, shows owner Jaime Cedarlin waving some salami at her newly adopted six-month-old giant schnoodle Cassi. She also whistles at her dog to get her attention

Mrs Cedarlin and her husband laugh when they realize the pet gate and cat flap is not dog proof.

The video was shared on TikTok where it has racked up thousands of likes.

She wrote ‘I’m not even mad, just impressed’ and joked that maybe her dog was a water pooch. 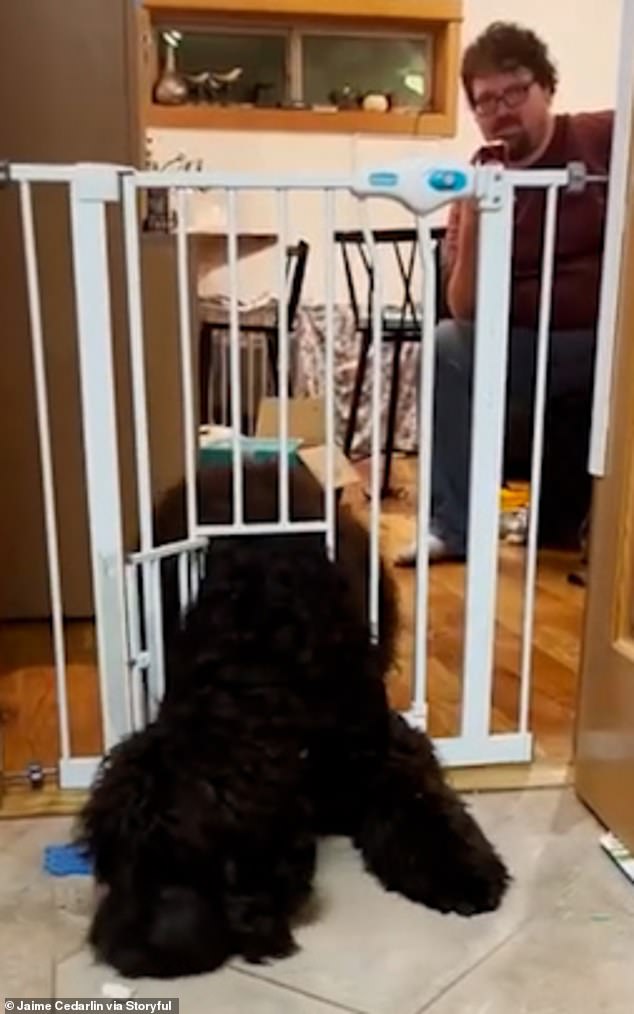 The animal manages to squeeze through the tiny cat flap, making Mrs Cedarlin and her husband laugh

She said: ‘The pet door was left open for our cat, Nonni, to get through. I certainly didn’t expect Cassi to make it through.’

Mrs Cedarlin explained in the comments on the post from November 15 that the family had adopted the dog locally a week earlier.

She had hoped Nonni could retreat to her children’s bedroom and then realized perhaps not, once Cassi had managed to make it through.

Commenters found the post hilarious, writing: ‘I think I learned in junior high science that this is called osmosis’ and: ‘She’s awesome.’

Another commenter wrote: ‘I love dad laughing in the background.’

Other commenters seemed to wonder if Cassi thought she was actually a cat. 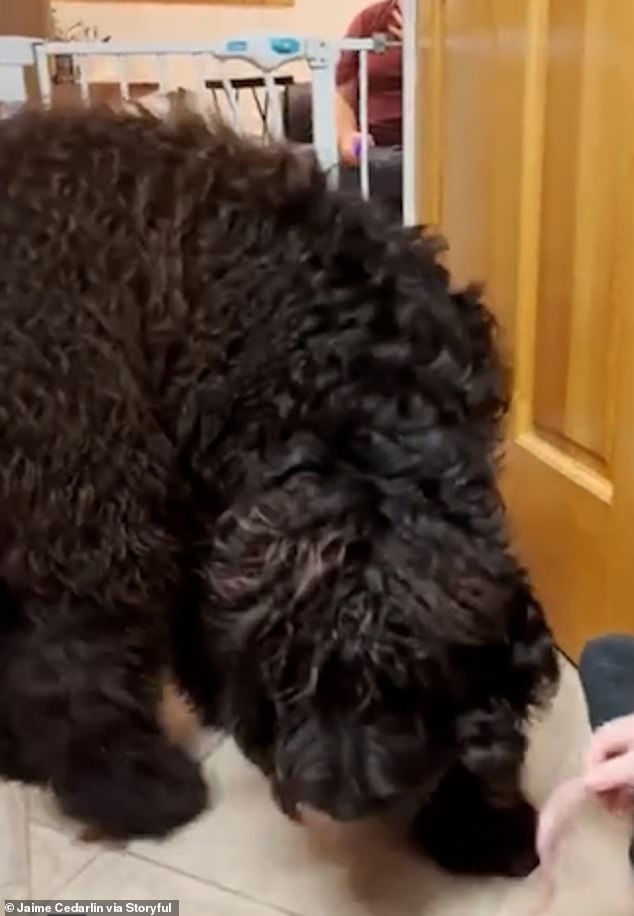 Once the animal is through, it enjoys the salami and Mrs Cedarlin realises how the animal has been getting into her children’s room

What type of tree does the least damage to the environment, natural or artificial? | Video

Pro: buy the dip in these two sectors amidst today’s sell-off

Pro: buy the dip in these two sectors amidst today’s sell-off