The Electronics Show witnessed the spotlight on the upcoming virtual revolution, which bears the name “Metaverse”, which refers to a three-dimensional virtual world that allows the user to conduct shopping, meet people, games, create private worlds, and others, and these functions will soon be available with the introduction of virtual reality glasses and many more. of other computer components.

Meta, the owner of the social network Facebook, is counting on this future technology, which needs new devices, and MSI, which specializes in the production of laptops, revealed new high-performance models dedicated to games bearing the “Meta” logo. Meta-Ready, as well as the appearance of jackets that make touches and other sensory events from the virtual world feel real, but other ideas for virtual worlds remain a mystery, and will be revealed in the coming days.

For TV, Micro LED technology dominates the future, as new technology displays images more clearly, and Samsung and LG introduced new models, and despite the image resolution and color quality, the prices of these models are still expensive. So, the user has to wait a few years, for this technology to spread in living rooms.

The corridors of the Consumer Electronics Show witnessed the unveiling of many affordable OLED models, such as LG, which introduced new models with compact sizes up to 42 inches, and the most expensive models are currently replete with LED lighting (LED) that is brighter by a percentage up to 20% and is known as OLED evo.

Sony’s advanced self-lighting screens are currently called QD-OLED, and the luminous cells of the Sony Bravia A95K TV last longer than before, in addition to the presence of many conventional TVs.

Samsung has updated the technical equipment with its modern models, such as “The Frame” or “The Serif”, in addition to the emergence of “Neo QLED” models equipped with a “QLED” display with a high backlight. Accuracy, with better illumination of individual bands in the image, and sound being selected in the correct range in the screen by more speakers and a special processor.

A faster and thinner laptop

The corridors of global manufacturers of laptop computers such as Asus, HP and Lenovo have witnessed the emergence of many new models, which are thinner, faster and better to play video games and perform work tasks on the go. These new models include the latest Intel processors and AMD (AMD), with more reliance on OLED screens.

Examples of these models include Lenovo’s Thinkpads Z13, Z16, X1 or Asus Zenbooks.

There are some new ideas in laptops, such as the Lenovo Thinkbook Plus Gen 3, which has a second screen next to the keyboard, or the Asus Zenbook 17 Fold, which turns From a tablet to a laptop, in addition to the presence of a second small “OLED” screen in the laptop cover like the special edition of the Asus Zenbook 14X OLED.

The current edition of the Electronics Show confirmed the boom in the screen sector designed specifically for video games, and the size of these screens has increased to reach the size of TVs, such as the 42-inch “ROG Swift OLED” screen and the 48-inch Acer CG48 screen. inch. These screens are based on an OLED panel with a 4K Ultra HD resolution of 3840 x 2160 pixels and an image refresh rate of 120 Hz, enabling the ability to display fast video games from computers or game consoles smoothly.

The advanced cooling technology protects OLED screens from overheating early, and these screens come at a high cost due to the additional functions available in them, such as many connection ports, image synchronization technology, or the ability to charge the laptop from the screen.

Although there are no great expectations in the world of smartphones at the Electronics Show, some new innovations have appeared, including the Samsung Galaxy S21 FE 5G smartphone, which is a slightly improved and less expensive version of the S21 version. Al-Fakher, which appeared in 2021.

The Chinese company, OnePlus, also presented its new luxury device, OnePlus 10 Pro, which features a camera developed in cooperation with Hasselblad, including a 150-degree wide-angle camera.

During the new year, some new functions will be launched in the Google Android operating system, which is already available in the Apple operating system, and it may take longer for the companies producing smartphones to launch these functions in their mobile devices, such as the quick pairing function ( Fast Pairing) for headphones with Chromebooks, Google TV, or other Android devices.

In addition, the Bluetooth headset will automatically switch between used devices, even those equipped with Google Android, and the Android “Spatial Audio” function will play audio depending on the user’s location in the room, as long as this function is supported.

Google wants to make it easier to work across different devices and exchange data, and the “Nearby Share” function will work with the “Microsoft windows” operating system soon, after Google cooperated with other global companies such as Acer, HP and Intel.

In the coming months, Chromebook owners will be able to access photos and videos through the Phone Hub feature, as well as better manage SMS and messages, and Wear OS smartwatches will be able to From unlocking Android smartphones and Chromebook laptops.

Yoko launches an exclusive product to retain your company’s talent

Video duration 02 minutes 56 seconds 02:56Have sales of luxury goods been affected by the decline in global economic performance due to the Corona pandemic? And how did...

The Rhubarb renaissance: one family farm cultivates its crop by candlelight 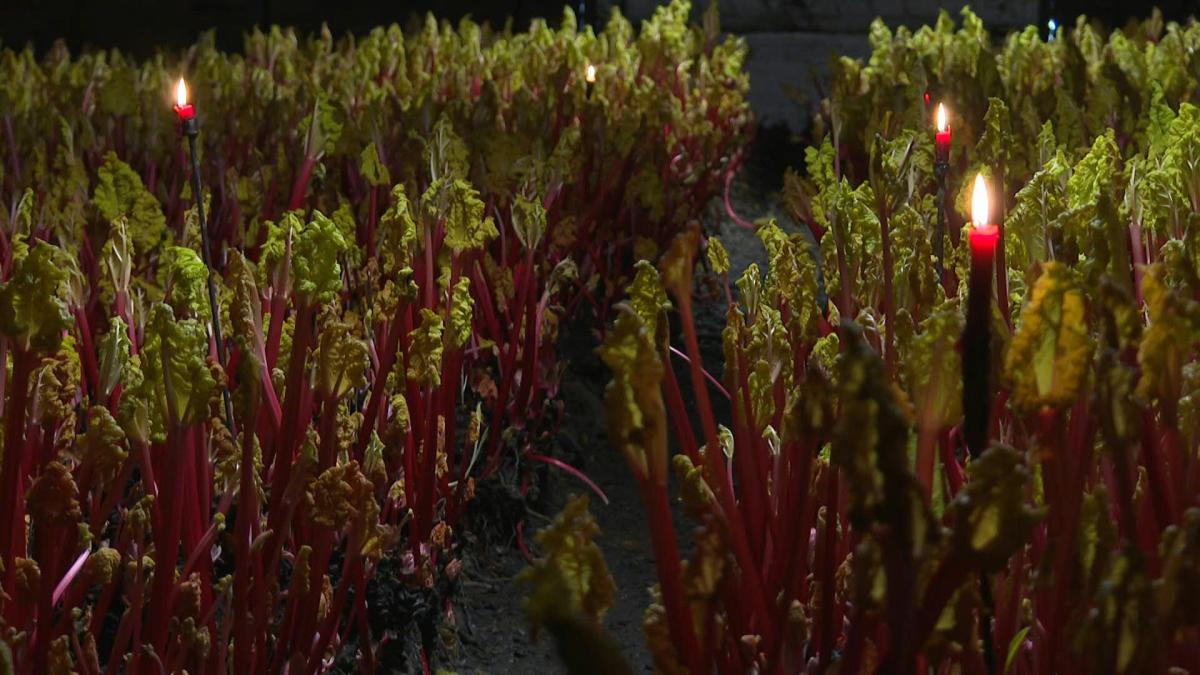 The Rhubarb renaissance: one family farm cultivates its crop by candlelight Source link

Yoko launches an exclusive product to retain your company's talent

‘Disappointment’ for fans who ‘spend Christmas’ at Sandringham