By Brian Marks and Harriet Alexander For Dailymail.com

Adele shocked her fans on Thursday when she revealed in a tearful video that she had been forced to postpone her massively popular upcoming Las Vegas residency just 24 hours before she was set to take the stage at Caesar’s Palace.

In a video posted to Twitter, the 33-year-old superstar singer sobbed as she revealed that COVID-19 cases among members of her crew had made it impossible to bring the show to life in time.

Adding to her woes were delivery delays that made it ‘impossible to finish the show.’

She added that she had been awake for ‘over 30 hours’ trying to solve logistical issues but had simply ‘run out of time’ to be ready on Friday. 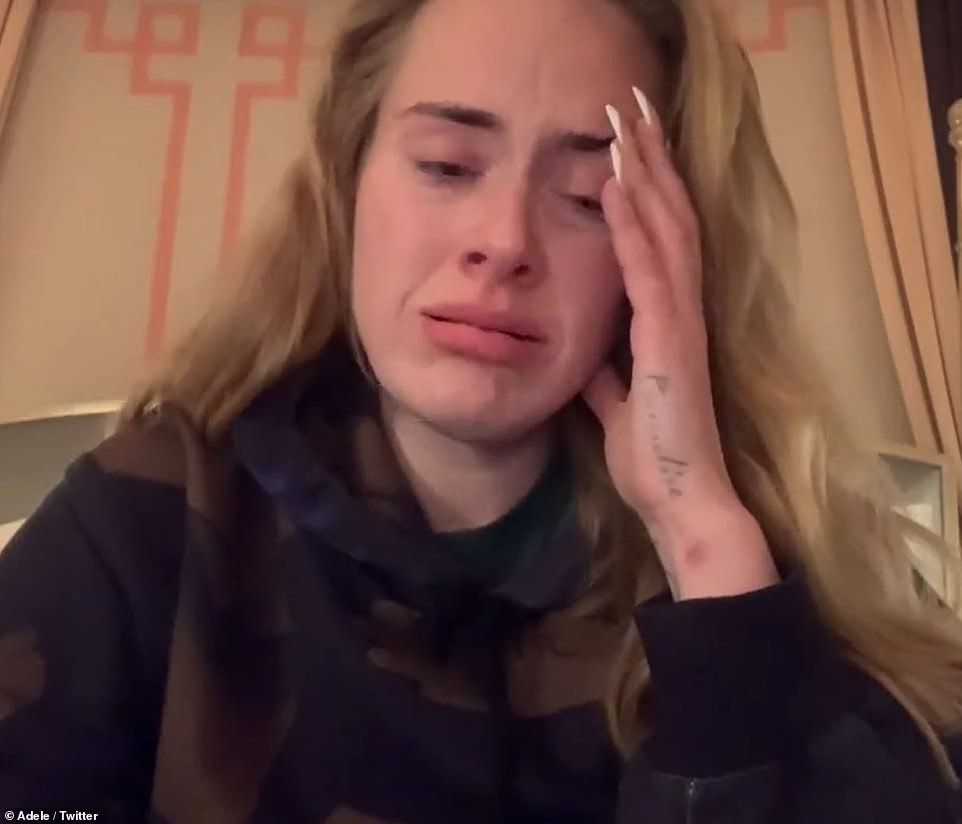 ‘I’m gutted’: Adele, 33, shocked her fans on Thursday when she revealed in a tearful video that she had been forced to postpone her massively popular upcoming Las Vegas residency due to COVID-19 cases among crew members

Adele admitted she was ‘gutted’ not to be able to get on stage on Friday night and was ’embarrassed’ by the delay.

‘I’m so sorry, but my show ain’t ready,’ she confessed

‘We’ve tried absolutely everything we can to put it together in time and for it to be good enough for you, but we’ve been absolutely destroyed by delivery delays and COVID. Half my crew and team are [ill] with Covid and still are, and it’s been impossible to finish the show.’

‘I’m gutted — I’m sorry it’s so last minute, we’ve been awake for over 30 hours trying to figure it out and we’ve run out of time,’ she continued, as her voice started to break. ‘I’m so upset and I’m really embarrassed and so sorry to everyone that traveled to get [to the show]. I’m really, really sorry.’ 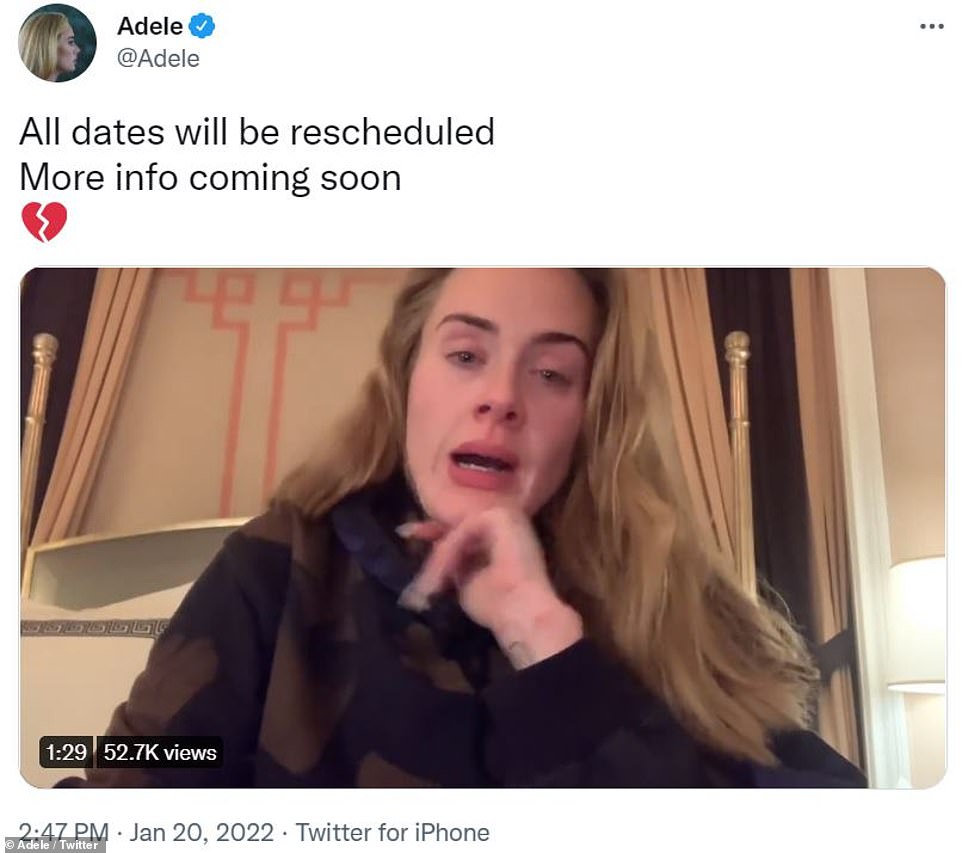 More to come: The songstress wrote that the dates for her residency — which would have started on January 21 and run through April — would be rescheduled soon 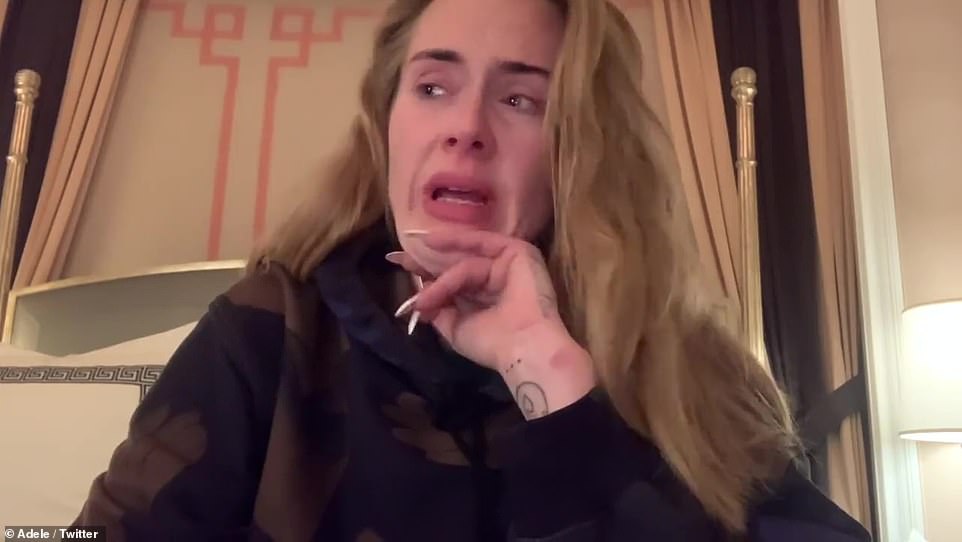 A nightmare: ‘We’ve tried absolutely everything we can to put it together in time and for it to be good enough for you, but we’ve been absolutely destroyed by delivery delays and COVID,’ she sobbed 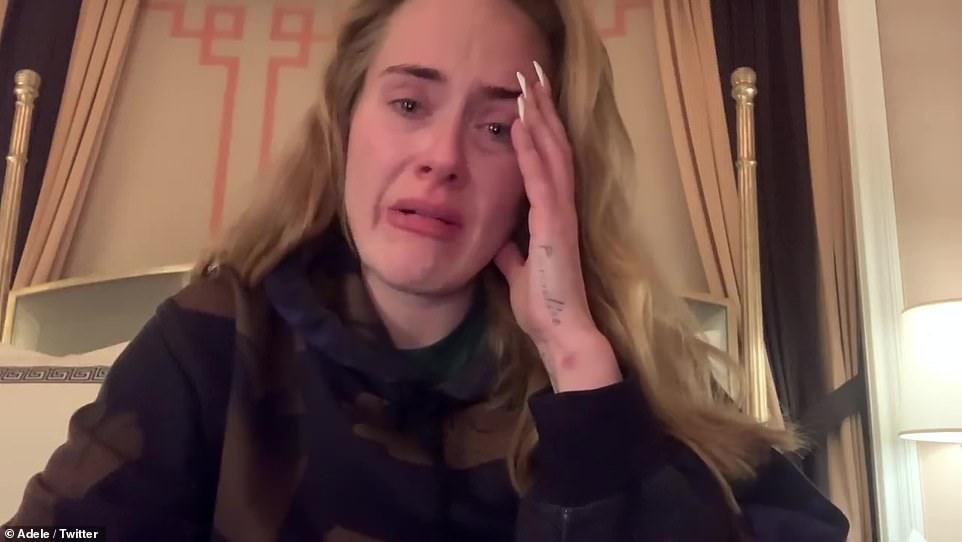 Dropping like flies: ‘Half my crew and team are [ill] with Covid and still are, and it’s been impossible to finish the show,’ she continued, adding that she had been awake ‘over 30 hours’ trying to get the show ready

The Can I Get It singer pledged to reschedule the canceled shows.

She added: ‘We’re going to reschedule all of the dates, we’re on it right now, and I’m gonna finish my show and get it to where it’s supposed to be. So I’m so sorry it isn’t possible. We’ve been up against so much and it just ain’t ready. I’m really sorry.’

The Weekends With Adele’ residency was announced in November.

The Easy On Me hitmaker was scheduled to perform two shows at the venue every weekend until April 16, 2022, for a run of 12 weeks.

It is not yet known what the new start date for the concert series will be. 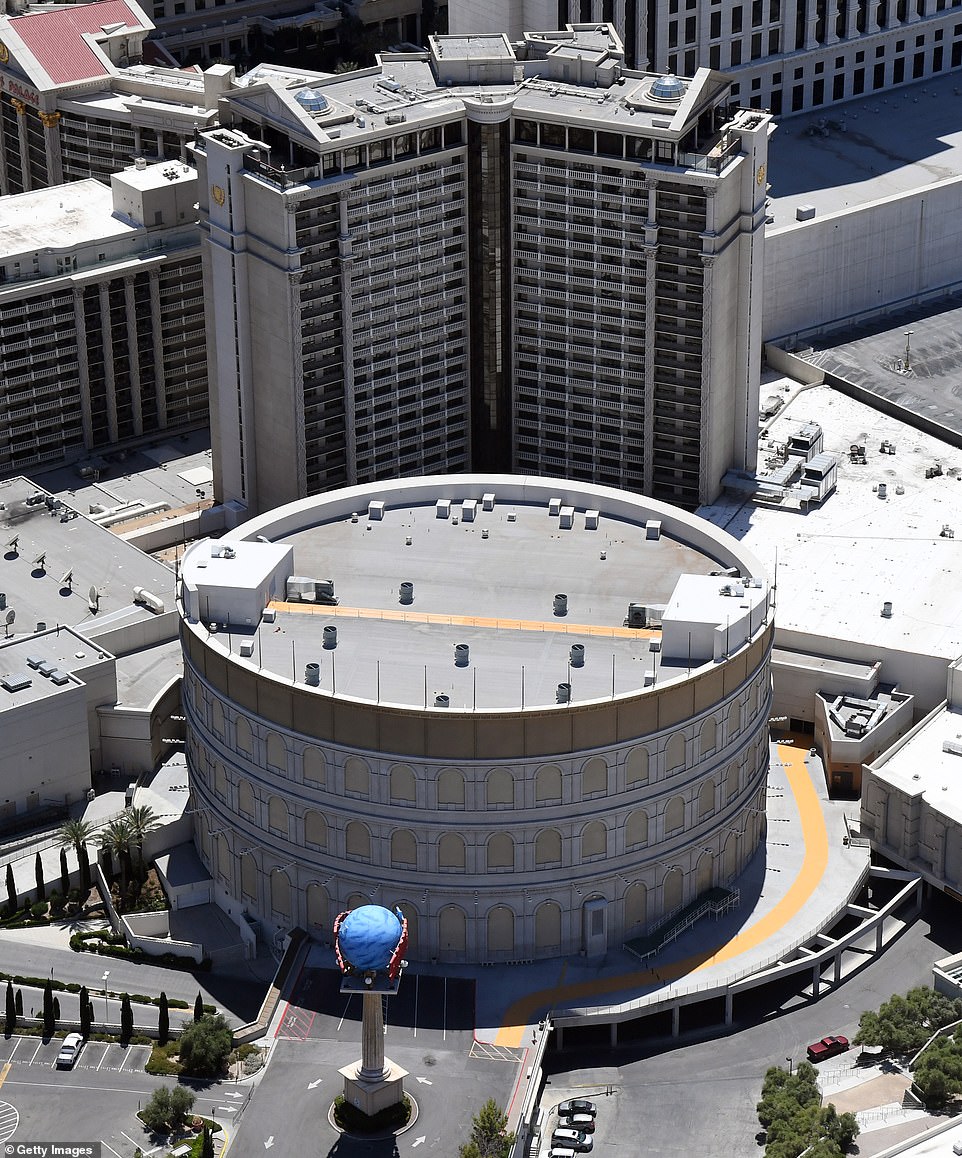 Opulent venue: Adele will be holding her residency at the Colosseum at Caesar’s Palace in Las Vegas; pictured in May 2020

Adele’s residency had already gotten off to a bumpy start after her most dedicated fans were outraged at sky-high ticket prices.

Tickets went on sale on December 8 via Ticketmaster’s Verified Fan program, with the cheapest seats in the back going for $85 before fees, while premium seats closest to the stage sold for about $680.

But all of the shows sold out within minutes due to incredibly high demand, and sellers began charging astronomical prices on resale markets, boosting the prices of tickets to anywhere from $1,000 to as much as $37,000.

Fans could only by tickets if they applied for the Verified Fan program and were sent a code to give then access, meaning many fans never even had a chance to get seats before scalpers took over. 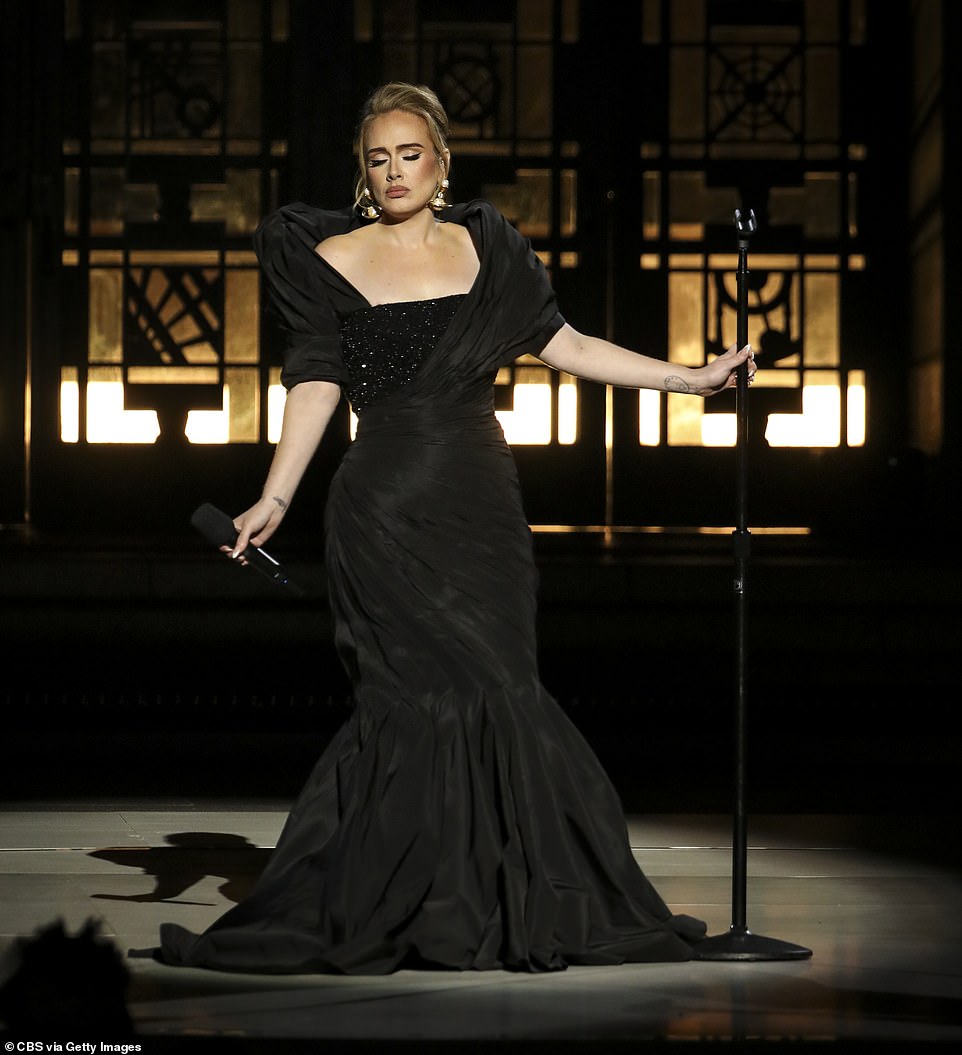 Outrageous prices: Adele residency got off to a bumpy start when tickets sold out within minutes in December, leading scalpers to boost prices on the resale market from $1K to as much as $37K; seen in October in LA