She’s never been one to hide her innermost feelings from the world – whether it’s in the tear-jerking lyrics to her multi-million selling records or her recent confessional TV interview with Oprah Winfrey.

Now, as she releases her first album in six years, post-divorce Adele has turned up the emotional dial in her music once more, as Adrian Thrills discovers in his sneak-peek listen to 30…

Adele wastes no time in laying her cards on the table on her eagerly anticipated fourth album. ‘I’ll be taking flowers to the cemetery of my heart,’ she declares in the opening lines of the first track, Strangers By Nature, a romantic tear-jerker adorned by electric piano, subtle electronics and strings. ‘Oh, I hope that someday I’ll learn to nurture what I’ve done.’

The message is clear: fans should brace themselves for heaped helpings of heartache and guilt, with a side order of redemption and healing. 30 is titled after the age at which Adele, now 33, wrote most of its songs, and it’s a rich, soulful and varied tapestry of pop, R&B and jazz. It’ll sound great on a good audio system, but it might be an idea to have some Kleenex to hand.

In the promo blitz leading up to its release on Friday, the singer has explained that the record addresses the upheaval of her 2019 separation from husband Simon Konecki, and its impact on their nine-year-old son Angelo.

Adele is known for her openness and in places 30 is every bit as raw as 2011 breakthrough hit Someone Like You. 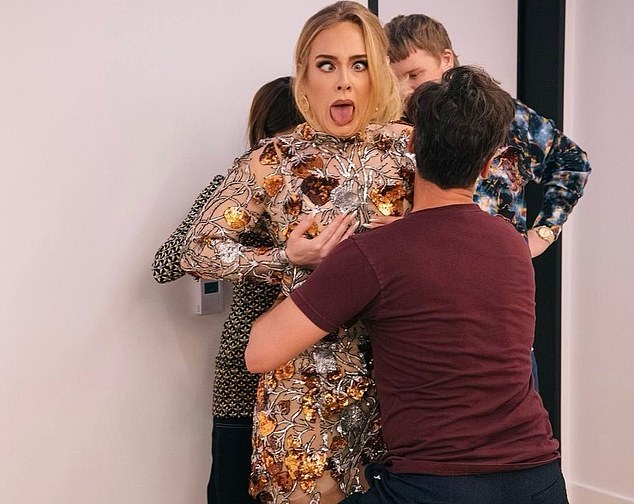 Go easy on me: Adele’s ‘glam squad’ zip her into an Oscar de la Renta dress for the launch party

Its 12 new songs offer a stark contrast to her cheeky offstage persona. In interviews, she can be irreverent. On record, she plays it straight, her inner turmoil no laughing matter.

At the heart of it all, of course, is that dazzling, blue-eyed soul voice – emotional without being cloying – and her phrasing is as impeccable as ever here.

The album doesn’t trace the arc of a failing relationship blow by blow. Its tone is determined more by its musical cut and thrust. It opens with three ballads before becoming more uptempo. A period of jazzy introspection ensues before a show-stopping finale – the dramatic Love Is A Game – rubber-stamps its classic ebb and flow.

Adele works with some familiar behind-the-scenes faces. Six tracks are co-written with pianist and producer Greg Kurstin. The stomping Can I Get It – this album’s Rolling In The Deep moment – sees her team up with Swedish producer Max Martin and his sidekick Shellback.

But two newer names also stand out. One is another Swede, Ludwig Göransson, a film composer who co-wrote that lovelorn opening track. The other is British R&B producer Inflo, who comes to the fore later on.

The opening ballads include recent single Easy On Me, a plea for understanding over Adele’s decision to end her marriage.

Another ballad, My Little Love, is one of the key songs here. A 1970s-style soul number, it takes the form of a conversation between a single mother and her son, with Adele explaining her divorce to Angelo while asking for his understanding and support.

‘I’m finding it hard to be here, sincerely,’ she sighs. ‘I know you feel lost, it’s my fault, completely… I’m so sorry if what I’ve done makes you feel sad.’

Perhaps wary of too many ballads in quick succession, she then ups the tempo. Despite its title and angst-ridden lyrics – ‘When I wake up, I’m afraid at the idea of facing the day’ – Cry Your Heart Out injects a skipping beat, with handclaps and a high-pitched choir, at just the right point.

The mood brightens further on Can I Get It and Oh My God, the latter a mid-tempo R&B number about the arrival of new love – ‘I know it’s wrong, but I just want to have fun.’ Even here, there’s a reluctance to fully commit anew: ‘Wish that I could let you break my walls, but I’m still spinning out of control from the fall.’ 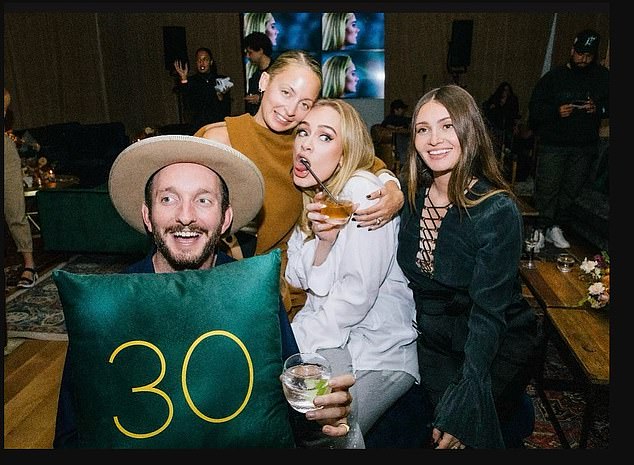 She’s soon drowning her sorrows again. Sung with a striking, gospel-soul edge, I Drink Wine is an early-hours lament rather than a rowdy ode to boozing. ‘When I was a child, every single thing could blow my mind,’ she sings, with a sense of wonder. ‘Soaking it all up for fun, but now I only soak up wine.’

Things take a jazzier turn on All Night Parking – an interlude featuring the sampled piano of the late American jazz musician Erroll Garner – before some big power ballads close the show.

Adele’s voice quivers as she vies with her backing vocalists, billed as ‘Adele’s crazy friends’, on Hold On, a tour de force that starts slowly and becomes more intense as drums, bass and organ enter the fray. ‘I swear to God I’m such a mess,’ she tells us.

She goes on to hold a spectacular, sustained note at the end of To Be Loved. An otherwise understated track put together with Canadian musician Tobias Jesso Jr. – with whom Adele co-wrote 2015’s superb When We Were Young – the song is slightly spoiled by lyrics about ‘owning’ all her bad turns that suggest the Tottenham-born singer might be spending too much time in LA. 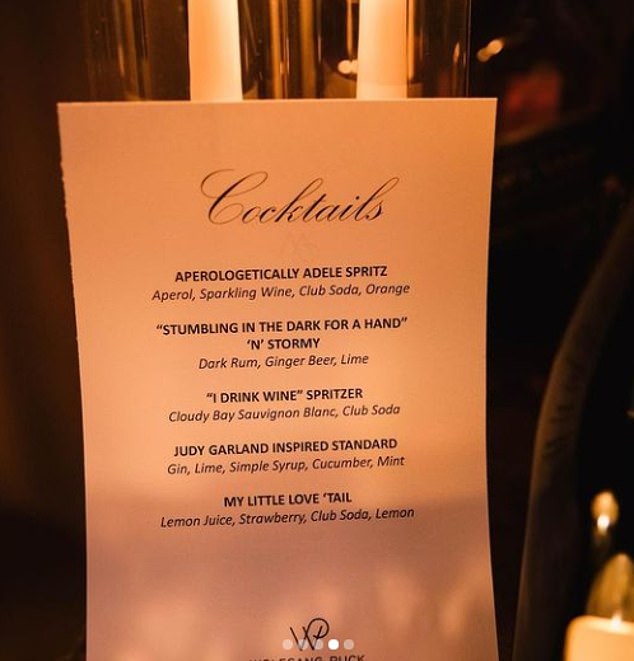 The album ends with Love Is A Game. On the epic soul number, Adele admits she’s no closer to a resolution of her romantic riddles. ‘My heart speaks in puzzles and codes, I’ve been trying my whole life to solve’ she concedes, her voice again bolstered by a big production. As she ad-libs her way towards the end of a number that lasts almost seven minutes, all that’s missing is the canned applause.

So, does 30 live up to the hype? Some listeners might find it too self-absorbed. But Adele is a sensitive singer-songwriter who’s always worn her heart on her sleeve – and she does so with added whistles and bells here.

For me, it’s a barnstorming return. It might not be the ‘drum and bass record to spite you all’ she joked about making in 2019, but it shows that she can sing away her blues in an array of different styles. In an autumn of pop blockbusters that’s already seen the return of Abba and Ed Sheeran, the queen of sorrow is back to reclaim her crown.

Should you sell QuantumScape stock as shares plunge after Morgan Stanley downgrade?

EURO 2020: This is your quick guide to Ukraine – form, fixtures and players to watch