After Danny Baker brands all insurance a waste of time and money, we ask: Do we really need to buy insurance?

Do we really need to buy insurance? Danny Baker famously doesn’t think so. We weigh up the odds

We all need insurance. Or do we? Is it really worth paying out thousands of pounds to cover yourself for countless problems when you might never make a claim?

Outspoken radio presenter Danny Baker does not sit on the fence. He thinks insurance is a waste of time and money. And worse, it encourages people to live in a state of constant anxiety. Baker prefers to live for  the moment, enjoy what money he has in his pocket and leave the rest to fate.

But the 54-year-old father of three faced a crisis last year when diagnosed with life-threatening head and neck cancer. 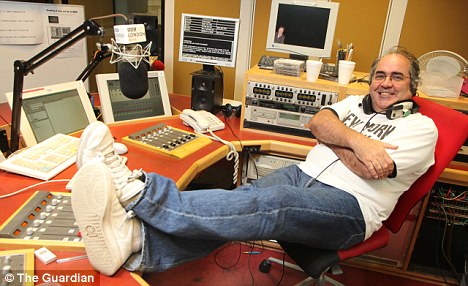 Laid-back: Outspoken radio presenter Danny Baker does not sit on the fence. He thinks insurance is a waste of time and money. And worse, it encourages people to live in a state of constant anxiety

Baker borrowed £30,000 from fellow BBC radio presenter Chris Evans to tide him over.

Returning to work last April – and given the all clear by  doctors in June – Baker was able to repay the debt by taking out a further advance on his home in Deptford, south-east London.

Insurers seized on Baker’s story to publicise the need for critical illness insurance, the controversial cover that is supposed to pay out when policyholders are diagnosed with serious conditions, such as cancer.

Baker was annoyed and on Radio 4’s Desert Island Discs in August, he said: ‘Some insurance company claimed there was a lesson there for all of us.’

Insurers were promoting their own interests, he implied, and ‘negating his philosophy’ of ‘enjoying money and living for the moment’.

He said he would not encourage anyone to ‘fritter their money away on insurance’.

The insurance industry, with its fondness for advertisements portraying terrible diseases and disasters, is indeed relentless in pursuit of new sales. The more policies that insurers sell (and the fewer claims they pay out on), the more they profit.

But would it really be sensible to take Baker’s line and shun cover altogether? Financial Mail examines the odds and looks at just how likely disaster is to strike.

The chances of a 35-year-old man being struck down with a critical illness before 65 are one in seven while for a woman it is one in eight, according to the Institute and Faculty of Actuaries.

Critical illness cover is sold separately from life insurance and designed to pay a lump sum on diagnosis of a life-threatening illness, such as cancer, heart attack or multiple sclerosis.

The cover has been marred by numerous cases where claims were rejected, although insurers have improved to some extent. At present, one in ten claims is thrown out. Only 15 per cent of adults have this cover, with cost being one reason for low take-up.

At age 44 it would be £19.63 a month for the same cover, while at 54 it would be £51.52 a month. These quotes are for cover that decreases over the 20-year term because it is usually sold alongside a mortgage.

Jennifer Gilchrist of Scottish Provident, says: ‘Although it is just a small minority that claim, people do need to consider how they would survive the onset of an illness – who will pay the mortgage? It gives peace of mind.’

Scottish Provident paid out an average of £82,000 last year to 1,100 claimants with an average age of 47. But it would not reveal the number of customers that did not claim.

There is a one in 16 chance of being off work for six months or more due to sickness or disability, according to the Office for National Statistics.

Income protection is taken out by only one in ten people. Unlike critical illness cover, it pays an income every month until you are back on your feet.

Premiums vary hugely, depending on age, health profile and provider, while the payout also depends on job type and when benefits kick in.

Incapacity benefit has been scrapped for new claimants. Under the replacement, Employment and Support Allowance, claimants can get up to £100 a week depending on their circumstances.

For a 35-year-old woman it is significantly higher at £41.40. Payments kick in after three months.

The cost of third party, fire and theft cover is an average £971.40 a year – a cheaper option is just third party, which is the minimum legal requirement*.

In the year to the end of last September there were 204,350 motor accidents in which vehicles were damaged and people injured. Of these, 1,900 ended with a fatality.

Ian Crowder of the AA says: ‘The odds are against you getting involved in an accident, with Britain’s roads being among the world’s safest. The most dangerous place for fatal injuries is rural, winding lanes,’ he says. 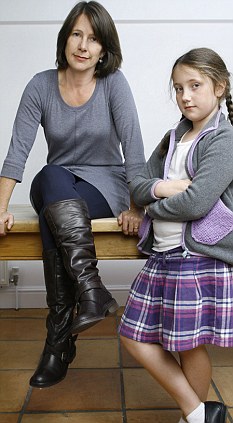 Frozen out: Penny Langton, with her daughter Amy, had claims for lost ski boots rejected

There’s is a one in ten chance you will be burgled, suffer accidental damage or have other reasons to claim.

There are two types of home policies – buildings and contents. Although they can be taken out separately, they are often taken out jointly.

The average buildings policy is £171 a year while contents is £140, according to the Home Office. However, prices vary hugely depending on the property, what you own and where you live.

The rest of households, it appears, are ‘self-insuring’ – choosing to take the risk of the loss on themselves.

According to the Association of British Insurers, 19.7 million households have contents insurance and 16.6 million have building insurance. Across both types of cover, 2.1 million claims were made last year. The average claim was £1,500.

Translator Penny Langton, 42, from Clapham, south London, thought that her insurance would pay out when she lost her £150 ski boots during a trip to the French Alps.

However, neither her home cover with Endsleigh nor travel insurance with NatWest would pay up, with both companies claiming she had failed to get the necessary police report within 24 hours.

Penny, who is married and has two children, Dan, 11, and Amy, 8, says:  ‘I was told to wait until the boots turned up and did not want to waste police time. However, I knew the insurers would need a police report so still made the effort, but only when it was clear the boots were never going to arrive.’

Afterwards, Penny cancelled her NatWest Gold Card, which cost her £5 a month and which had included the travel insurance.

Everyone dies, but that does not mean that everyone claims on life insurance, or needs it.

Term insurance, which will pay out if the policyholder dies within a set period, is the most popular and common form of life cover.

It is the sort most likely to be sold alongside a mortgage. One in 20 term policies results in a claim.

In the other 19 out of 20 cases, policyholders outlive the term and get nothing. The average payout is £130,000 on yearly premiums of £919, according to the ABI.

CASE STUDY: I don’t want to pay more than car is worth 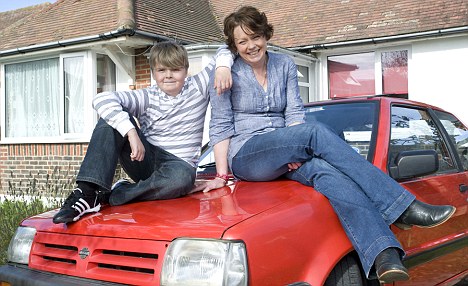 Non-starter: Jane Warner, with son Robbie, was quoted £400 for fully comprehensive insurance for a car worth only £200

Jane Warner avoids paying insurance wherever she can because of costs and took out the minimum cover for her car.

Rather than pay for fully comprehensive insurance,  Jane, 37, took out only the legal requirement of third-party* for her ten-year-old  Nissan Micra.

She and her partner, Lee Hatcher, 44, a coach driver, share their three-bedroom rented home with their son, Robbie, 10.

Jane, from Shoreham-by-Sea, West Sussex, says: ‘I didn’t see the need for fully comprehensive cover as although the car is reliable and great for the school run and shopping trips, it is only worth about £200. I was being quoted  at least £400 for fully comprehensive insurance, but why should I pay out more on insurance than the car is even worth?’

Jane found a third-party dealing, adding also fire and theft insurance, with the AA last September for which she now pays £212.32 a year.

However, Jane does not have either building or contents, life insurance or any form of critical illness cover. ‘The cost of everything is rising, including insurance premiums,’ she says.

‘It is something that occasionally makes me worry, but to be honest the expense of paying for all that peace of mind does not seem worth it.
‘We have other daily costs that must be met first.’ 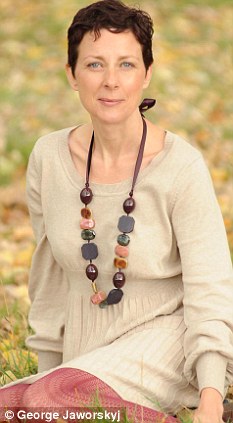 Fighter: Letitia Featherstone has overcome ovarian cancer but now has had to battle for travel insurance

CASE STUDY: I was cleared but no one wanted to cover me for travel

Primary school teacher Letitia Featherstone, 45, turned down an offer to take out insurance against serious illness.

Six months later, in April 2010, she was diagnosed with ovarian cancer.
But after surgery and chemotherapy, Letitia was told the following October that there was ‘no  residual disease’.

She says: ‘You never think it is going to happen to you.

‘As strange as it may seem, I felt I would have been tempting fate to take out critical illness or income protection cover. Now I wish that I had.’

Letitia, who is separated and has a 23-year-old daughter, declined the offer of a £12 monthly WellWoman Plan, which covers against seven cancers, from Chartis Insurance. If she had taken the deal, it would have paid out a £25,000 lump sum.

‘Fortunately as a teacher I got six months of leave on full pay, but the money would have been fantastic with transport and recuperation costs,’  she says.

Letitia, from Woodford Green, north-east London, was also shocked to discover that her travel insurance with M&S Money was cancelled because of the cancer.

She says: ‘It felt like discrimination. Even though the doctor gave me the all-clear, no travel insurance companies wanted to touch me.’

Letitia eventually found cover through Insurancewith, a specialist travel insurer, but she had to pay £600 for three weeks of cover in America last November.

* The article wrongly stated that the minimum legal requirement for car insurance was third party, fire and theft when of course it is only third party. Sorry.