Almost half of Conservative Party members believe Islam is ‘a threat’

Almost half of Conservative Party members believe Islam is ‘a threat’ to the British way of life, poll finds

Almost half of Conservative Party members believe Islam is ‘generally a threat’ to the British way of life, a poll has found.

The survey of rank-and-file activists showed 47 per cent thought the religion was incompatible with British values.

Some 43 per cent were positive about Muslims, in contrast to roughly three-quarters of respondents who expressed positive views about Hindus and Sikhs.

The YouGov polling was commissioned by anti-racism campaigners Hope not Hate, which flagged up 20 Tory councillors to the party’s internal Islamophobia probe.

In total the group alerted the party to 40 examples of Islamophobic material posted to social media made by grassroots members. 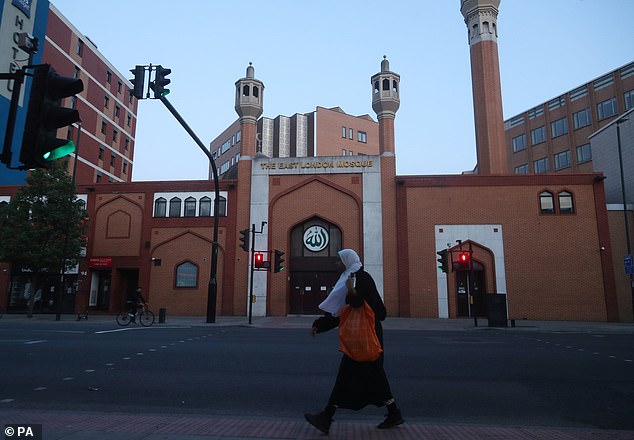 Almost half of Conservative Party members believe Islam is ‘generally a threat’ to the British way of life, a poll has found (file photo of the East London Mosque)

One member allegedly made an anti-Muslim joke regarding the Christchurch mosque shootings and, after sitting an online diversity course, was allowed back into the Conservative Party, and continued to make such remarks.

Another, who remains a female councillor following a brief suspension, likened an Asian man to a dog and said on social media: ‘He’s brown, he stinks, he can’t speak a word of English.’

Nick Lowles, chief executive of Hope Not Hate, said the Tories have ‘a deep problem with anti-Muslim prejudice,’ according to The Times.

The group’s dossier of purportedly Islamapohobic posts made by Tory members has been passed to the party’s inquiry as the poll of 1,200 grassroots activists found only 31 per cent thought discrimination against Muslims was a serious problem in the UK. 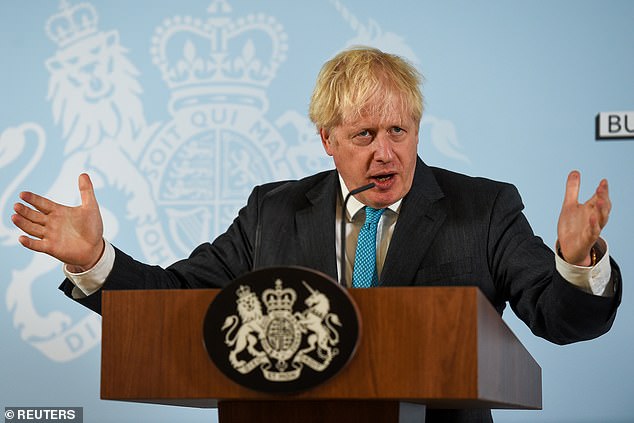 Boris Johnson (pictured yesterday) was criticised in the Tory leadership election for promising an inquiry on all forms of discrimination, rather than zeroing in solely on Islamophobia.

Of the 47 per cent who believed Islam was a threat, half thought Islam ‘breeds intolerance’.

Boris Johnson was criticised in the Tory leadership election for promising an inquiry on all forms of discrimination, rather than zeroing in solely on Islamophobia.

Lady Warsi, one of the UK’s most senior Muslim politicians and a former co-chair of the Conservative Party, has said the party has a problem with Islamophobia.

A Conservative spokesman said: ‘We take any complaint very seriously. There is currently an independent investigation into our complaints processes. We will consider any recommendations to further strengthen our procedures.’