Australian basketball legend Andrew Gaze has broken down on live television after the Boomers claimed the Bronze medal in men’s basketball at the Tokyo 2021 Olympics.

The 56-year-old welled-up as he learnt the news the Boomers’ secured their first ever medal win, describing how proud he was of the team and their journey.

‘Selfishly I feel apart of it…’ A tearful Gaze said on Channel 7 on Saturday night. 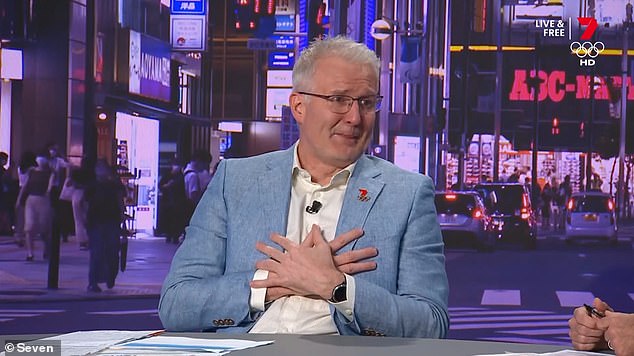 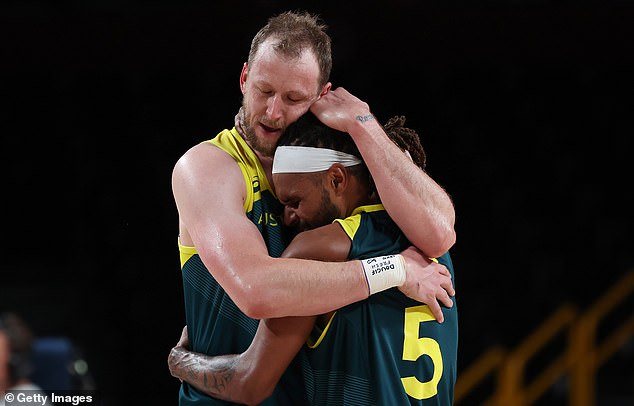 ‘It’s our culture, at the end of the day, Australian culture, our Aussie spirit,’ an emotional Mills said after winning bronze

The five time Olympian was overcome with emotion as he reflected on what the bronze medal victory meant to the sport and its players.

‘But when you’re in there, and you’re in the trenches, and you see that resilience being rewarded in this way… and it hasn’t been for a long time.’

‘You do not have to win a medal to have a beautiful journey,’ he said.

The medal win for Australia moved one of the nation’s most recognisable sportsmen to tears, who played 297 games for the Boomers over a 17 year international career span.

‘I think of those that have been along for the journey that have their DNA on this. 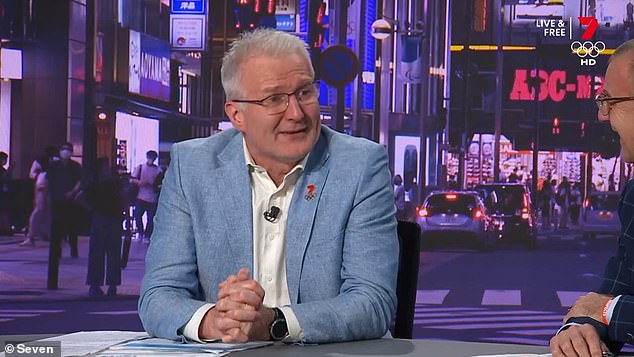 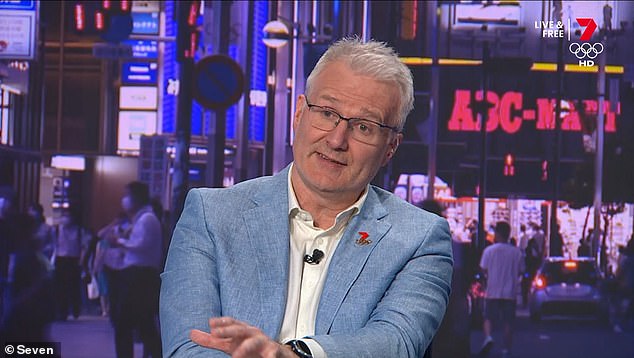 Captaining the Boomers for eight years, the legend himself took home two bronze medal matches and holds the record of the highest point scorer in Olympic basketball history.

‘The spirit of competition was instilled in me at an early age,’ said an emotional Gaze.

‘It is all about getting on that podium and showing the friendship and love and making sure that you do the right thing by the game in the nation and the pride that comes in putting on a green and gold jersey.’ 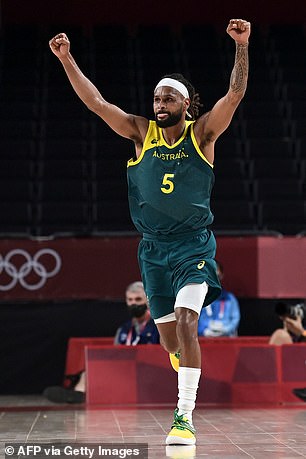 The Australian flag bearer, in his fourth Olympics, secured the Boomers’ first Games silverware in what was the side’s fifth bronze medal playoff game.

But Dante Exum, Joe Ingles and Matisse Thybulle all stepped up to slow the Slovenian star and helped create Australian men’s basketball history.

‘It’s our culture, at the end of the day, Australian culture, our Aussie spirit,’ an emotional Mills said after winning bronze.

‘It is time to bring an Olympic medal home, back to our country, Australia, so I can hang it up at Mum and dad’s house.’

‘It’s the boys being able to hang together and understand the meaning of what it means to represent your country, and how deep the layers go. 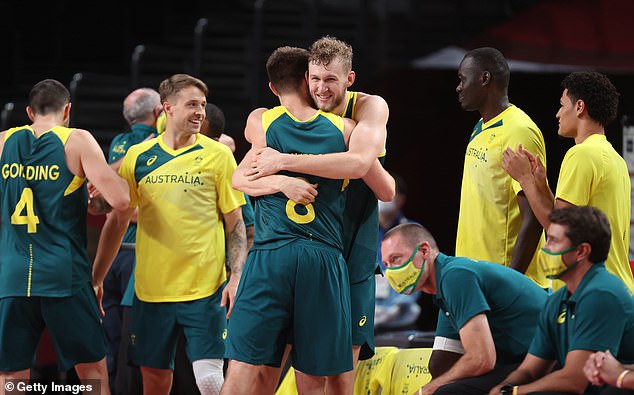 ‘For it to just come pouring out in moments like this. Now that we’ve made it over the hill, this is the standard now of Australian basketball form and, and we take nothing less.

‘We say gold vibes only is the standard and we don’t accept anything less, on the court, off the court, all of our preparation, and it pays off in the long run. I don’t know whether to cry, laugh, smile, a lot of emotions.’

They knocked off Doncic’s Slovenia, despite the NBA star posting 22 points, eight rebounds and seven assists.

Doncic, wearing a wrist guard after injuring it during their semi-final loss to France, was hassled by Thybulle and the Australian guards throughout the game as they knuckled down on the Slovenian leader. 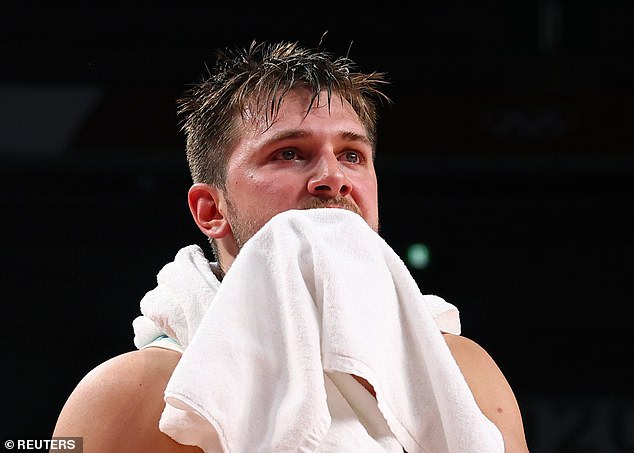 They knocked off Doncic’s Slovenia, despite the NBA star posting 22 points, eight rebounds and seven assists

The Nets take a break with four players over 20 points

Selling Sunset's Emma Hernan is fueling reconciliation rumors with ex boyfriend Peter Cornell.The reality star, 30, and the retired NBA star, 45, were spotted out on what appeared to...

The Nets take a break with four players over 20 points