Anna Wintour and her husband Shelby Bryan have reportedly split after 16 years of marriage.

The relationship between the Vogue editor, 70, and the Texas-born investor, 74, has been cooling since 2013 and the couple have only rarely been seen in public together since, Page Six reported.

The powerful pair began dating back in 1999, with their romance causing a stir among New York’s elite because Bryan reportedly walked out on his wife to be with Wintour.

At the time, the media maven had herself just divorced her psychiatrist husband David Shaffer, with whom she shares two children.

Wintour and Bryan went on to tie the knot in a top-secret ceremony in 2004.

The fashionista is known to have a wide circle of males friends, including the British actor Bill Nighy, who she has been regularly spotted with him at fashion shows and restaurant trips.

When Nighy was asked about the nature of their relationship in 2015, he replied, ‘I obviously have nothing to say about that. There are a lot of rumours about me and probably about Anna Wintour’. 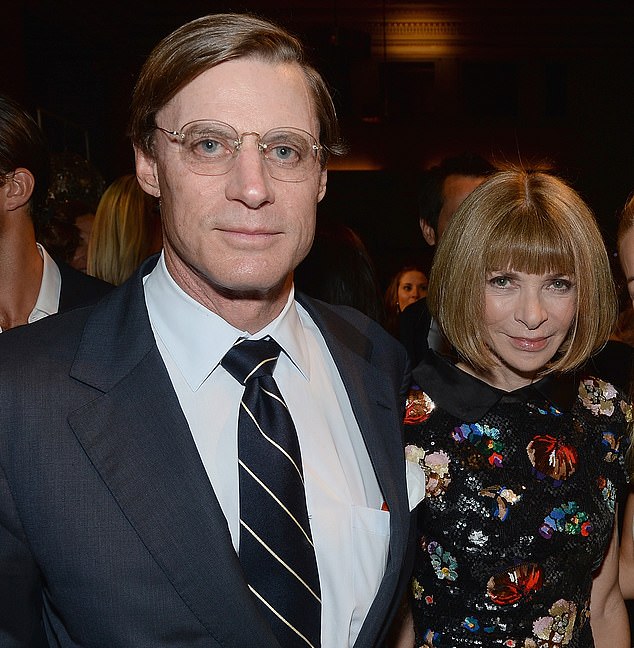 Anna Wintour and her husband Shelby Bryan have split after 16 years of marriage, according to a Wednesday report running in Page Six. The couple are pictured together in 2016

Wednesday’s news of their separation comes amid a horror year for the magazine titan.

In May, Wintour’s former confidante, André Leon Talley, painted a scathing portrait of her in his memoir, The Chiffon Trenches.

The following month, Vogue’s publisher Condé Nast was rocked by allegations of widespread racism. The claims prompted Wintour to issue a rare mea culpa, in which she apologized for race-related ‘mistakes’.

A representative for Wintour declined to comment on Page Six’s report of her marriage breakdown.

The site claims that there has been ‘chatter around town that Bryan had gone back to his ex-wife Katherine, whom he left for Wintour more than two decades ago’.

However, an anonymous source stated that those rumors are untrue.

‘Katherine and Shelby have kids together[and] are friends. That’s all,’ the insider alleged.

Wintour and Bryan’s marriage is said to have run into trouble in 2013, when it was revealed that he owed $1.2 million in back taxes to the IRS.

The pair were often pictured at social events and tennis matches in the years prior,  but have less frequently been spotted out in the time since.

Wintour and Bryan are pictured together in 2001. They went on to tie the knot in a top-secret ceremony in 2004

According to Page Six, their marriage ran into trouble in 2013 and the pair began to be seen in public less frequently. They are pictured during a rare appearance together at the 2018 US Open

Wintour and Bryan have largely kept their relationship private, but a 2007 Observer article gave a glimpse into their marriage.

The US Vogue editor – who took the helm of the fashion bible back in 1988 – is famous for her icy persona. However, a source told the Observer that Bryan had ‘softened’ her.

‘She smiles now and has been seen to laugh,’ a source told that publication.

Wintour and Bryan do not have children together.

Wintour was previously married to David Shaffer from 1984 until 1999. They are pictured together in 1989

Wintour does not have children with Bryan. She shares two children from her former marriage to Shaffer, including daughter Bea. They are pictured together last year

Wintour has already endured a difficult year, with her fractious relationship with her former colleague and confidante André Leon Talley hitting headlines in May.

Talley, who worked at Vogue for more than two decades and eventually became the magazine’s editor-at-large, slammed Wintour in his memoir, The Chiffon Trenches.

In one book passage, Talley described being frozen out by Wintour because he was ‘too old, too overweight, too uncool’ for her.

He went on to claim that there were an ‘endless’ list of writers, stylists and models who she has cast onto a ‘frayed and tattered heap during her powerful rule’.

In another scorching paragraph he wrote:  ‘She is immune to anyone other than the powerful and famous people who populate the pages of Vogue.

‘She has mercilessly made her best friends people who are the highest in their chosen fields.

‘Serena Williams, Roger Federer, Mr. and Mrs. George Clooney are, to her, friends. I am no longer of value to her’. 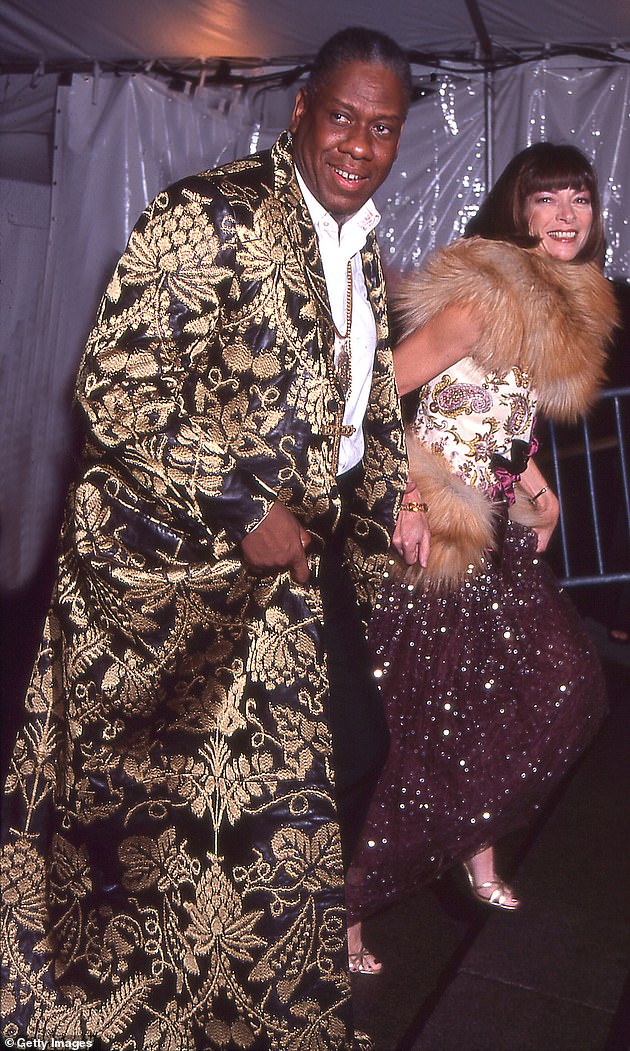 Wintour has already endured a difficult year, with her fractious relationship with her former colleague and confidante André Leon Talley hitting headlines in May.Pictured: The former friends at the Met gala in 1999

The following month, the influential editor made a rare mea culpa amid accusations of racism at Vogue’s publisher Condé Nast.

In an internal memo to staff at Condé, Wintour admitted to letting ‘hurtful and intolerant behavior’ go unchecked during her 32-year reign at the fashion magazine, as well as not doing enough to champion black staffers and designers.

‘I want to say plainly that I know Vogue has not found enough ways to elevate and give space to Black editors, writers, photographers, designers and other creators ,’ Wintour wrote.

‘We have made mistakes too, publishing images or stories that have been hurtful or intolerant. I take full responsibility for those mistakes.’

In June, the influential editor made a rare mea culpa amid accusations of racism at Vogue’s publisher Condé Nast

The note was sent out to staffers three days before Adam Rapoport, the editor-in-chief of another Condé Nast publication, Bon Appetit, resigned from his post after a photo surfaced of him in brownface, exacerbating a race-based controversy regarding pay equity in the outlet’s video department.

Many believed Wintour may finally step down from her role as editor-in-chief of Vogue, but the company strongly expressed its support for their most famous employee.

However, her memo still appeared to indicate changing power dynamics and a possible loss of influence for an editor who was once deemed untouchable.

Wintour and Bryan are pictured in 2007. Her horror year appears to indicate changing power dynamics and a possible loss of influence for an editor who was once deemed untouchable