This was far from convincing, far from pretty. But following their first defeat of the season at champions Liverpool on Monday, the Gunners have returned to winning ways.

That is all that will matter to Mikel Arteta. Bukayo Saka and Nicolas Pepe provided the telling blows as Arsenal withstood a brave Sheffield United fightback to clinch victory. 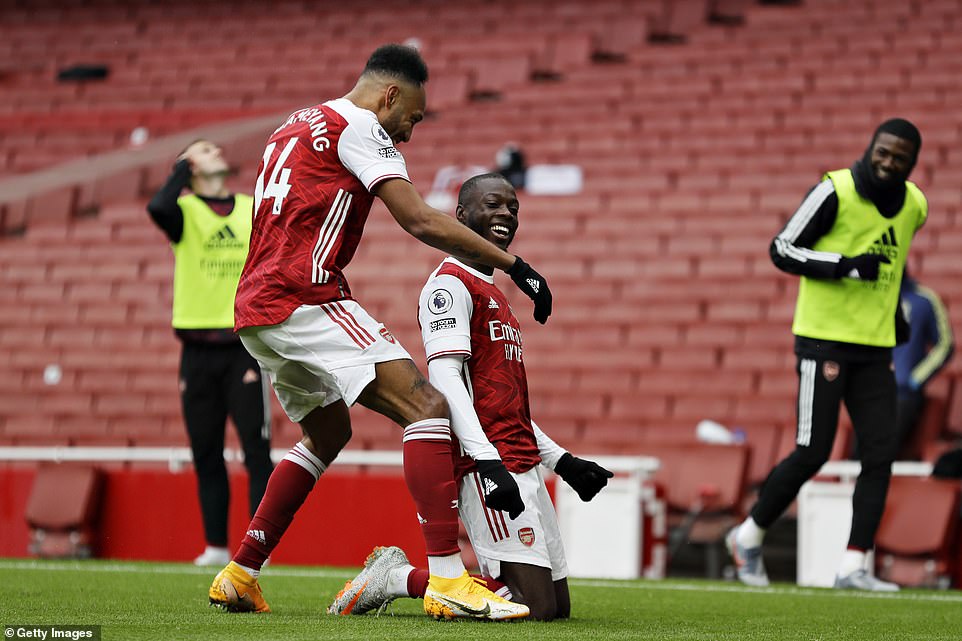 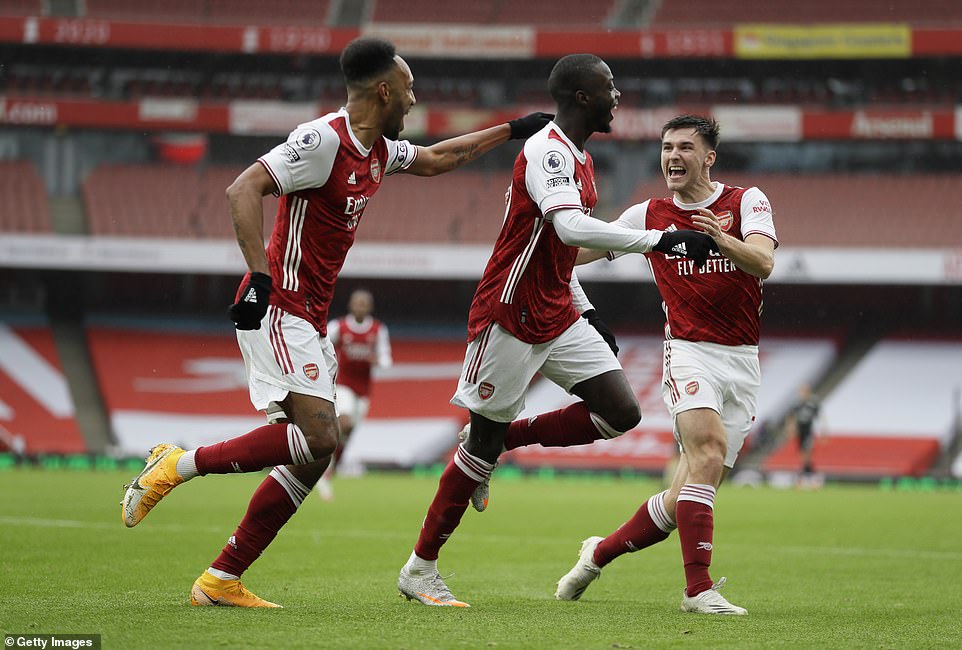 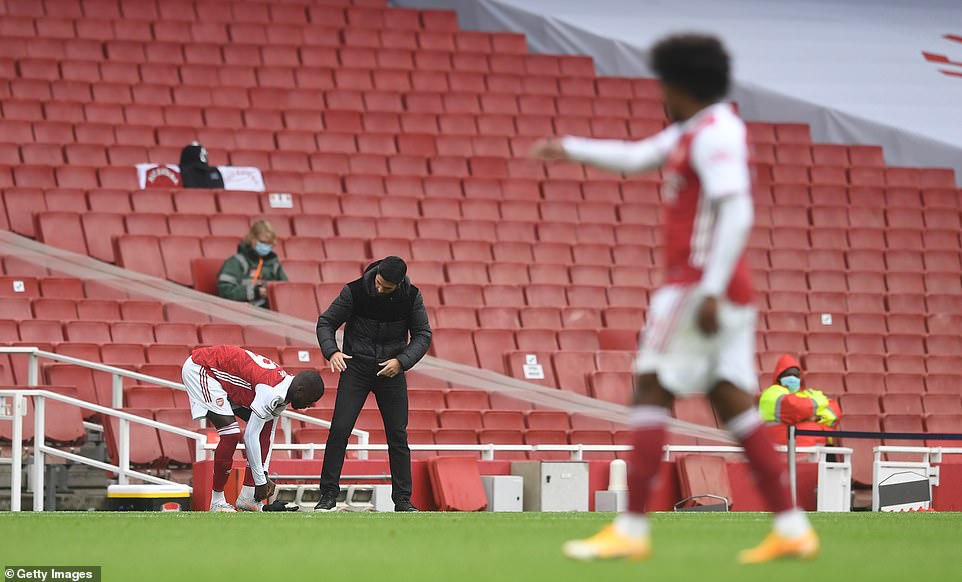 Pepe had only entered the action moments earlier, and was given a thorough set of instructions by Mikel Arteta 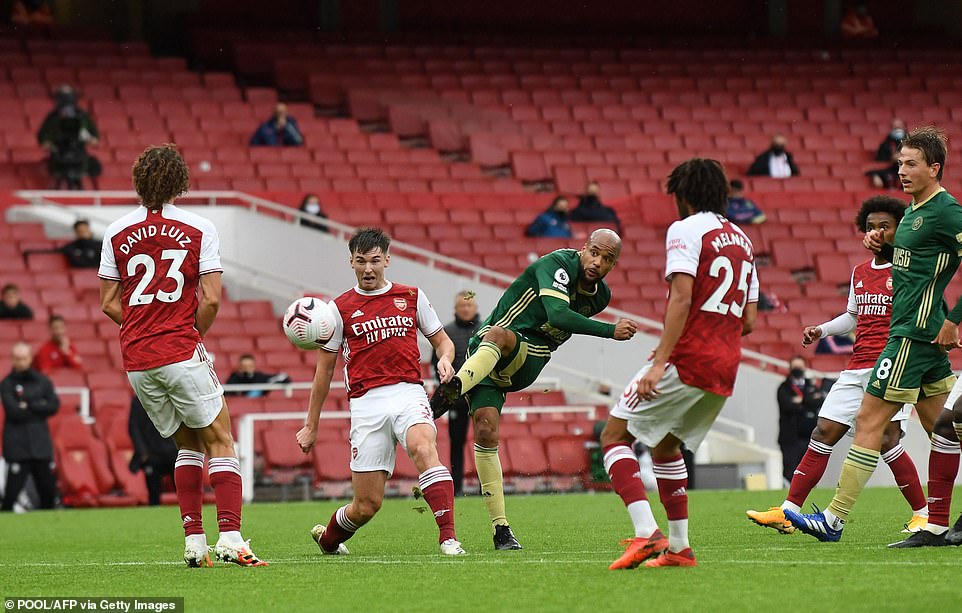 David McGoldrick scored a late consolation with a sublime curled effort, but it wasn’t enough to spur his side into an equaliser

Chris Wilder should be proud of his men, Arsenal were clinging on for dear life by the end.

The Blades will be aggrieved that referee Lee Mason didn’t red card David Luiz in the fifth minute as he appeared to pull back Oliver Burke, who was about to dart through on goal.

That wasn’t Arsenal or Arteta’s concern, though. Once upon time, not too long ago, Arsenal would have caved at the end of this clash.

But under Arteta, the Gunners are made of sterner stuff – this win indicative of their growing backbone.

The first-half, much like the weather, was nothing to write home about. No lack of endeavour, but a distinct lack of goalmouth entertainment.

The closest either side went to opening the scoring was when Aaron Ramsdale, following his initial mistake, tipped over Pierre-Emerick Aubameyang’s wicked long-range effort that looked destined to dip underneath the bar towards.

As you’d expect, the Blades were organised and gutsy – suffocating Arsenal’s creative talent of any time to think.

On another day they may have had a man advantage when Luiz got away with grasping a handful of Oliver Burke’s shirt as the Arsenal defender tried to cover his defensive team-mate Gabriel’s sloppy pass back.

Chris Wilder’s booming protests filled the Emirates; Burke was determined to have his say too, but referee Mason was undeterred.

Burke was proving a thorn in Arsenal’s defence, his robust and direct running a lingering threat.

But Arteta would have hoped for more from his side in an attacking sense. They had bundles of possession, 73 percent by the end of the first half.

However, Aubameyang’s dipping effort and a tame Eddie Nketiah header was all Arsenal had to show for it.

The second period continued in a similar fashion; Arsenal probed without joy. Aubmeyang was inches from getting a toe on Dani Ceballos’ intelligent first-time pass in the 53rd minute as Arsenal searched for an opening. 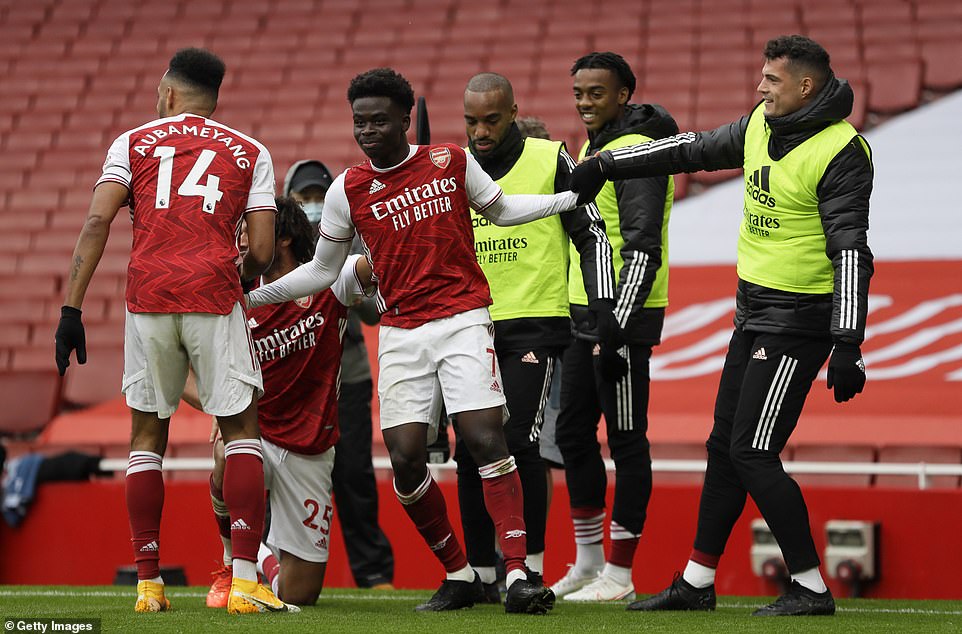 Youngster Bukayo Saka had opened the scoring with a deft, placed header following a slick passage of play 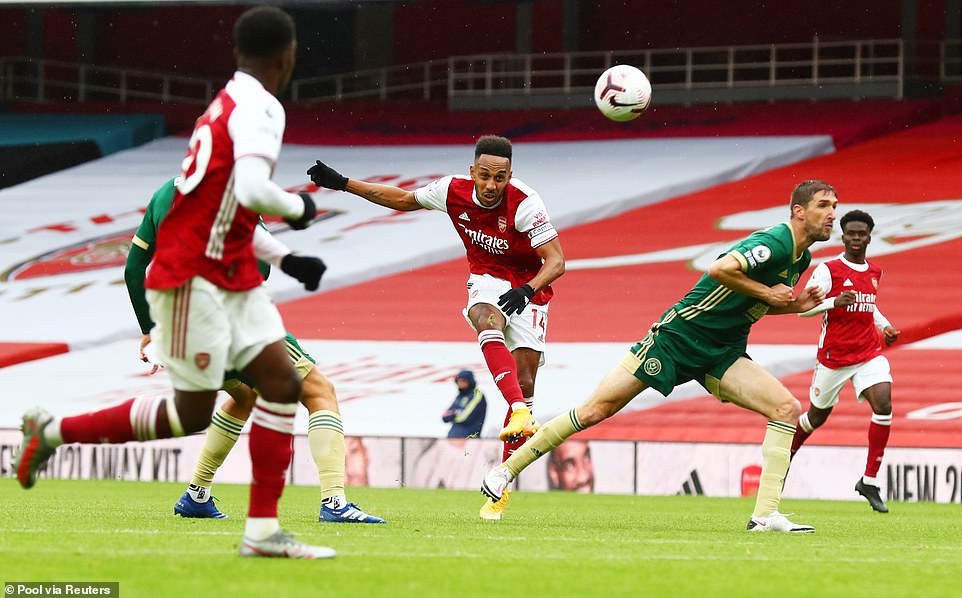 Arteta introduced record signing Nicolas Pepe in place of the quiet Nketiah just before the hour mark in hope of igniting an attack that had so far looked pedestrian at best.

The substitution proved the key moment as the Ivorian inspired his stuttering team to victory.

Pepe had a sizeable hand in the opener during an incisive move that concluded with Saka nodding home at the back post from Hector Bellerin’s stood up cross to hand Arsenal a 61st minute lead.

It was the perfect way for Gunners youngster to celebrate his first senior England call-up; he’ll walk into St George’s Park on Monday floating on air.

But it was Pepe who was emerging as Arsenal’s hero of the hour here.

Blades defender Enda Stevens tried his best to keep pace with Pepe as the forward collected Bellerin’s pass not far from the half-way line.

Pepe powered forward leaving Stevens trailing in his wake before cooly stroking a left-foot foot finish past Ramsdale to score the decisive goal for Arteta’s side.

A quite brilliant solo effort; Arteta’s shriek of delighted said it all.

The Arsenal boss’ impact on this game from the bench was telling too – his impressive start to life as a manager continues. 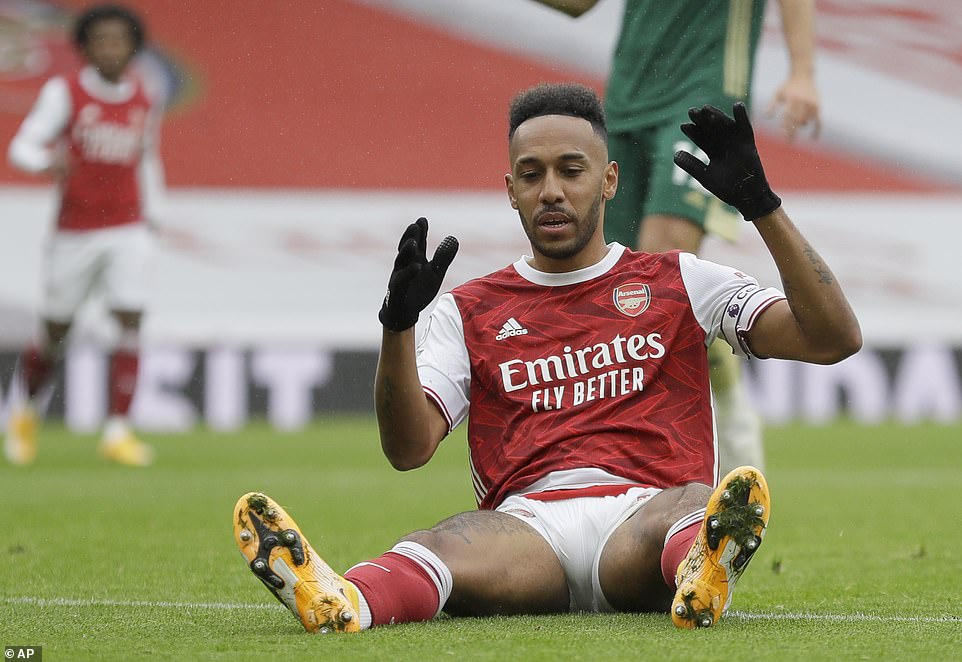 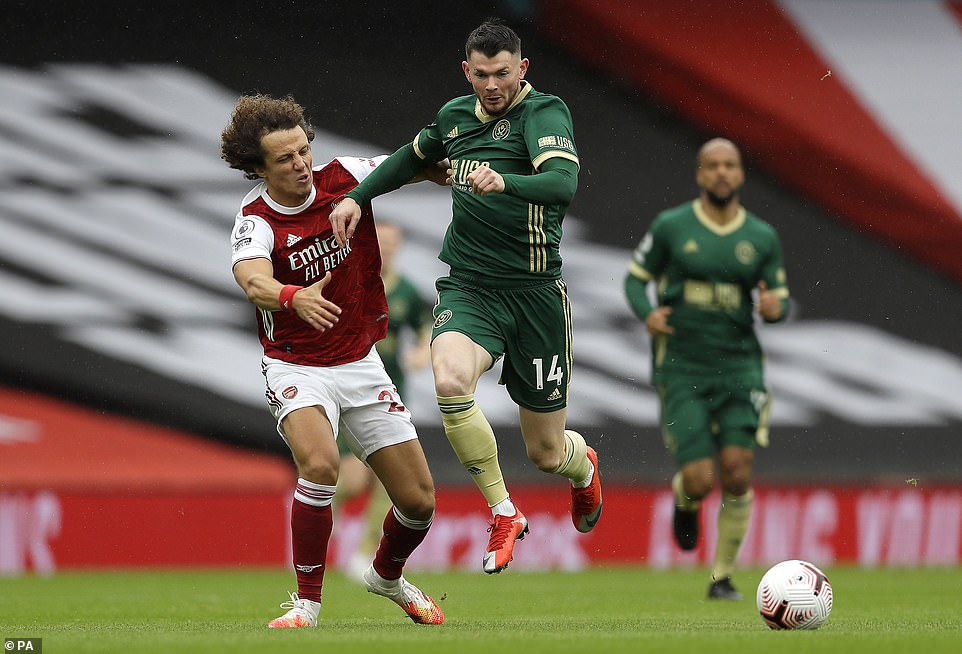 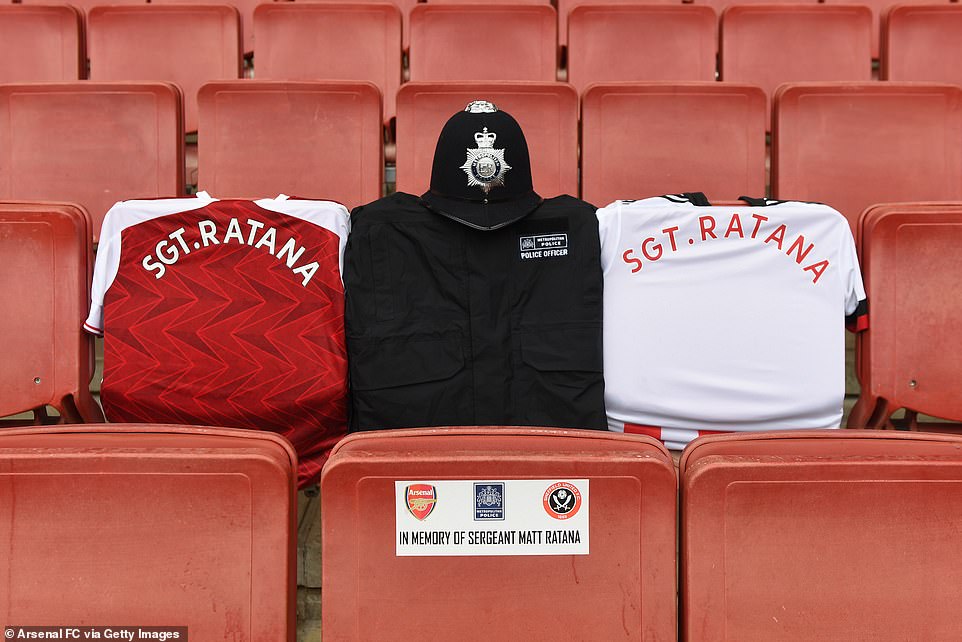 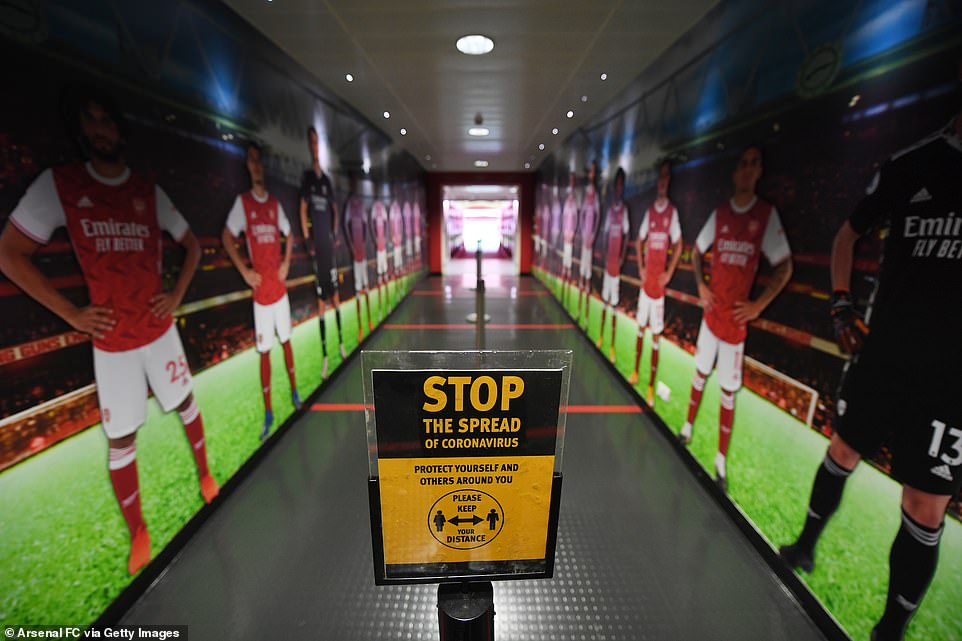 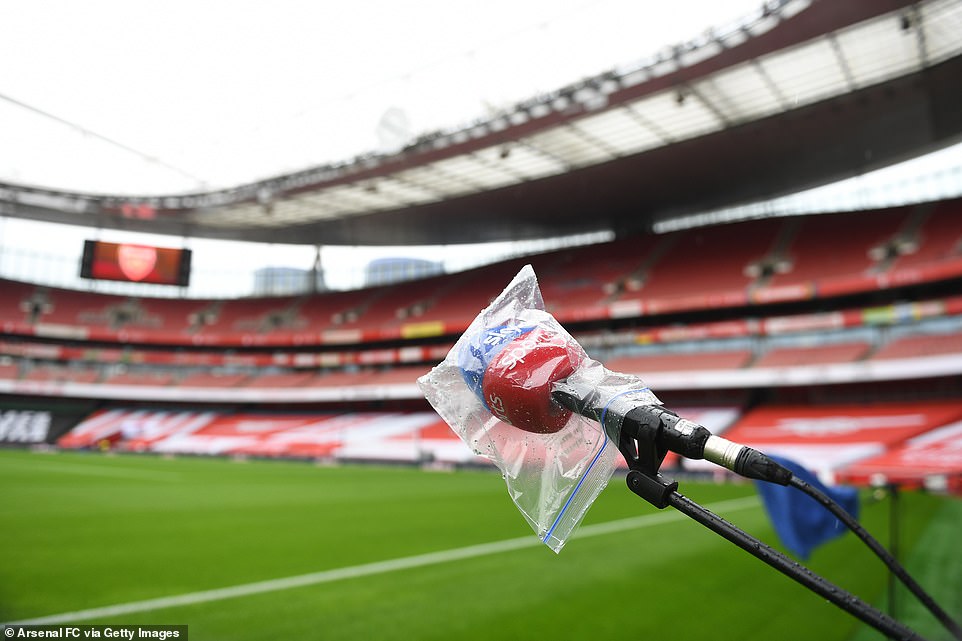 That should have been the signal for Arsenal to canter home – but Wilder’s dogged side had other ideas.

Arsenal looked like they had the situation under control when David McGoldrick had the ball at his feet around 20 yards out.

But the Gunners hadn’t banked on the United forward executing a brilliant curled effort that arced beyond Bernd Leno’s dive.

Buoyed by their first Premier League goal of the season Wilder’s men threw it all at Arsenal – an injury time McGoldrick shot cannoning off Gabriel – who was immense – for a late corner.

The defeat gallant – but a loss is a loss; Wilder will require remainder of that fact. Four defeats from four will only enhance concerns of how this season might transpire for a team that took the Premier League by storm last term.

But it’s onwards an upwards for Arteta’s Arsenal.

Decentraland to Move MANA between Polygon and Ethereum 2021

Politicians, experts and friends of royals back calls for The Crown fiction disclaimer

Ugandan Olympic star tests positive for Covid AFTER arriving in Japan for Tokyo Games... with the...