India will need to bat out the final day of the fourth Test against Australia in Brisbane to retain the Border-Gavaskar Trophy.

Steve Smith made 55 as the hosts were dismissed for 294, setting India an unlikely 328 to win at the Gabba.

The impressive Mohammed Siraj took 5-73 and Shardul Thakur 4-61 for an injury-depleted India.

Australia scored quickly on the penultimate day, motivated by a bad weather forecast and a desire to put the game out of India’s reach.

While India could still win, it is more likely that they will need to survive a minimum of 98 overs on Tuesday to ensure a 1-1 series draw. 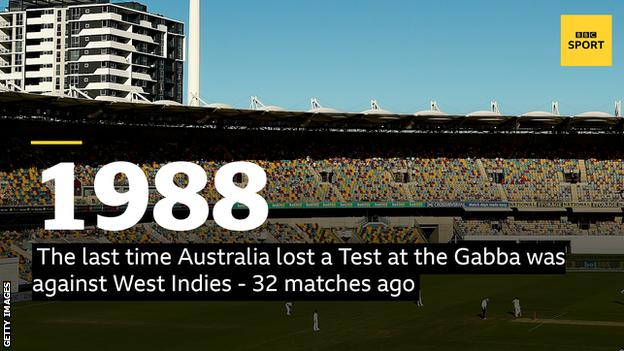 Australia have not lost in Brisbane since West Indies beat them by nine wickets in 1988.

The highest successful chase in a Gabba Test is Australia’s 236-7 against West Indies in 1951, and India are already down to the bare bones of their team.

However, they have fought admirably in this series and in this Test, with Thakur and Washington Sundar’s 123-run stand on the third day keeping their side in the match.

India will be boosted, too, by another good bowling performance from Siraj, who chose to remain in India with the team after his father died in November.

The 26-year-old was not expecting to play but since making his debut in Melbourne he has taken 13 wickets at 29.53, and dismissed Smith, Marnus Labuschagne and Matthew Wade in Australia’s second innings.

Should India bat out the day, the series will be remembered as one of their bravest overseas performances.

What is the weather forecast?

A young American woman from Florida returns to her mother 14 years after she was kidnapped.. Know the story