A Bali bombings survivor has opened up about the harrowing moment a suicide terrorist detonated a bomb at her table in a popular beachside bar.

Aleta Lederwasch, from Newcastle, was 21 and on her first trip overseas when she and her family were caught in the horrific blast at Jimbaran Bay on October 1, 2005.

The attack was one of three explosions, two at restaurants at Jimbaran beach and another in Kuta Square, which claimed 20 lives and left more than 100 injured. 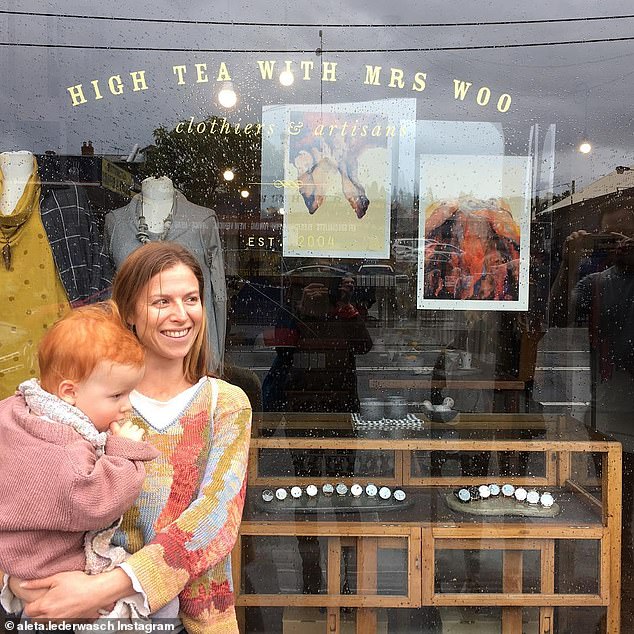 Aleta Lederwasch (pictured) , 36, narrowly escaped with her life after being caught in the October 1, 2005, Bali bombing in Jimbaran Bay

‘We were sitting on the beach when it happened. When the first explosion went off it just made sense for me to run to the left and get out of there. No one was to our left. It was a rational decision. Fortunately mum followed me,’ Ms Lederwasch told New Idea.

As the Australian artist, now 36, ran to escape, flying shrapnel became embedded in the back of her leg, leaving her with a scar from her knee to her ankle.

Ms Lederwasch and her mother Julia were rushed to hospital, fearing her father Dietmar, who they had become separated from during the explosion, had not survived.

After spending hours in limbo, Dietmar arrived at the hospital unharmed, but they later learned three of their friends had been killed.

Ms Lederwasch said it was miraculous her father was uninjured as he was close to the bomber and had been covered in flesh. 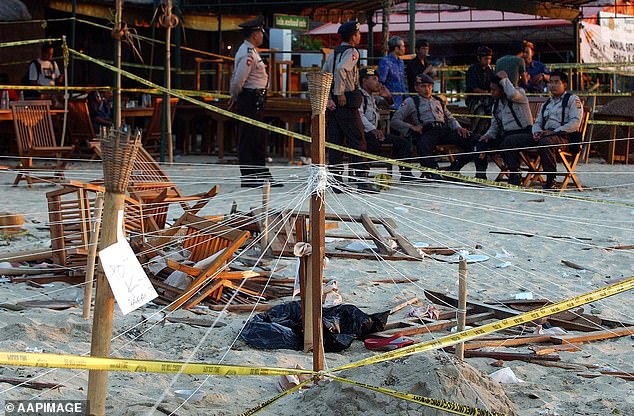 Pictured: Police at the site of the suicide bombing in at Jimbaran Beach. The police with the string coming from it is where the bomb was detonated 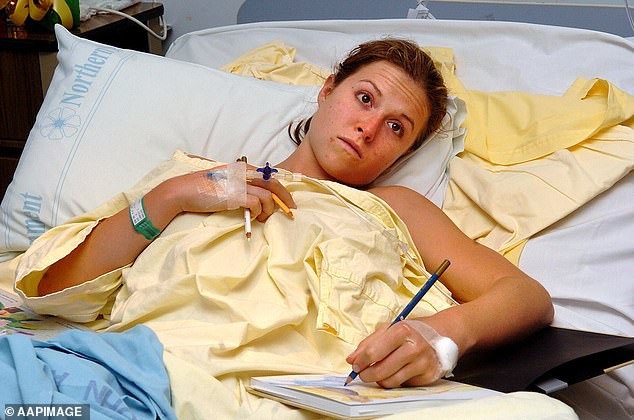 Ms Lederwasch was left with a scar from her knee to her ankle after shrapnel from the explosion embedded in her leg. Pictured: Ms Lederwasch being treated once arriving back in Australia

She and her mother were flown to Darwin, where Ms Lederwasch underwent surgery to save her leg before they returned to Newcastle.

Reflecting on her experience as the 15th anniversary looms, Ms Lederwasch said she forgives the terrorists who almost took her life and feels blessed she survived.

‘I will never be able to comprehend what they did, but I do forgive them and believe that a compassionate response is the most effective way of reducing further terrorist attacks,’ the mother-of-two said.

‘I think about families who lost loved ones and I am incredibly lucky I didn’t lose any family. It could have easily been me.’

How Trump and Biden are preparing for first presidential debate

Sarasin Food & Agriculture manager on investing from field to fork

Sarasin Food & Agriculture manager on investing from field to fork