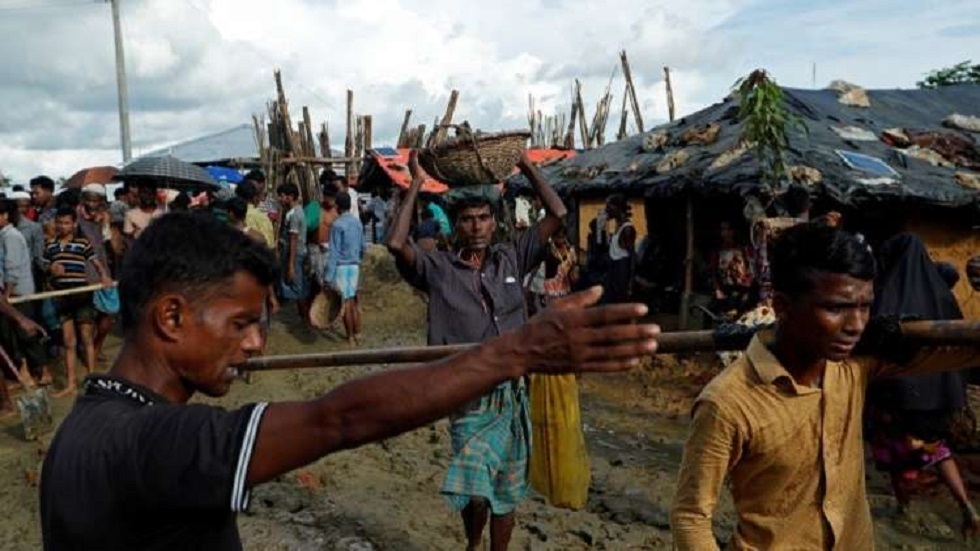 Two officials said Bangladesh will begin transferring between 3,000 and 4,000 Rohingya Muslim refugees to the remote island of Bhasan Shar in the Bay of Bengal within the next two days.

The two officials added that they would be transferred despite concerns about the dangers of storms and floods sweeping the island.

Dhaka has moved nearly 7,000 people to Bhasan Shar Island since early December 2020 from camps on the border with neighboring Buddhist-majority Myanmar, where more than a million refugees live in dilapidated huts on the hillsides.

Marine Commodore Rashid Star said from the island that the Rohingya refugees will be transported to Bhasan Shar by sea on Monday and Tuesday.

Bangladesh says the relocation of the Rohingya is voluntary, but some of the first group relocated have reported being forced to do so.

The government rejected concerns about the safety of refugees on this island. It indicated that it was building fortifications against floods in addition to housing 100,000 people and building hospitals and cyclone centers.

She also says that severe overcrowding in refugee camps leads to crimes.

Bangladesh has been criticized for not consulting with the United Nations High Commissioner for Refugees and other aid agencies on the transfer of refugees.