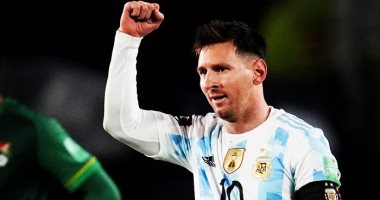 Barcelona’s official account congratulated its former star, Lionel Messi, player of the French team, Paris Saint-Germain, after Argentine star Lionel Messi became the historical top scorer for the South American continent with 78 goals, surpassing the previous record recorded in the name of former Brazilian star Pele, who scored 77 goals, after scoring the second goals. The Tango national team, in the net against its Bolivian guest, at the Monumental stadium in the capital Buenos Aires, as part of the tenth round of the South American qualifiers for the 2022 World Cup.

Messi scored 78 goals in his career with the Argentine national team since 2005 until now, during his participation in 153 games in all competitions.

Last week of regular league in the WNBA, (almost) everything to be decided