The European Football Association (UEFA) released today, Sunday, the latest rankings of the best clubs in Europe in the last five years.

The Bavarian giant, Bayern Munich, topped the European Union rankings (UEFA) for the top 10 clubs in Europe during the last 5 years, after obtaining 118 thousand points, while Manchester City came in the runner-up and second place with 113 thousand points. 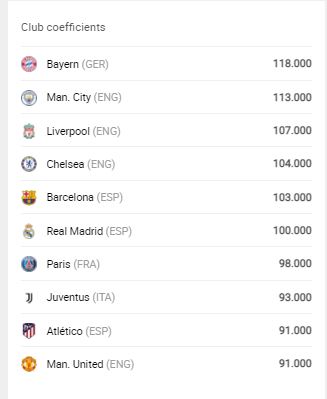 In fifth place, Barcelona finished with 103,000 points, ahead of its eternal rivals, Real Madrid, in sixth place, with 100,000 points. 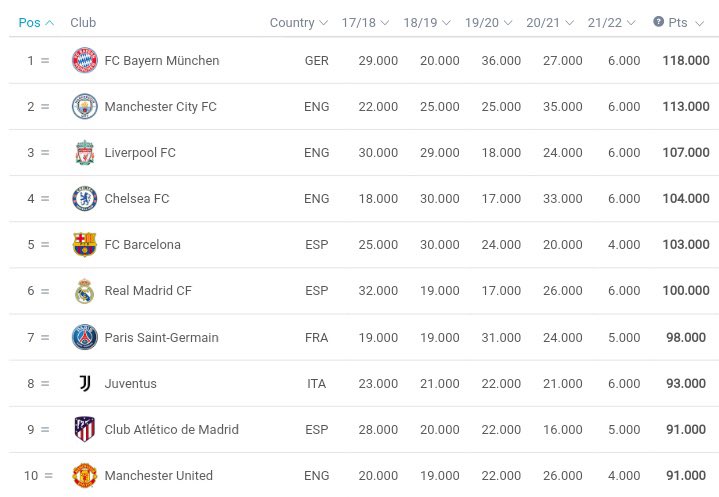 The top ten list witnessed a clear superiority of the English Premier League clubs with the presence of 4 teams: Manchester City, Liverpool, Chelsea and Manchester United. 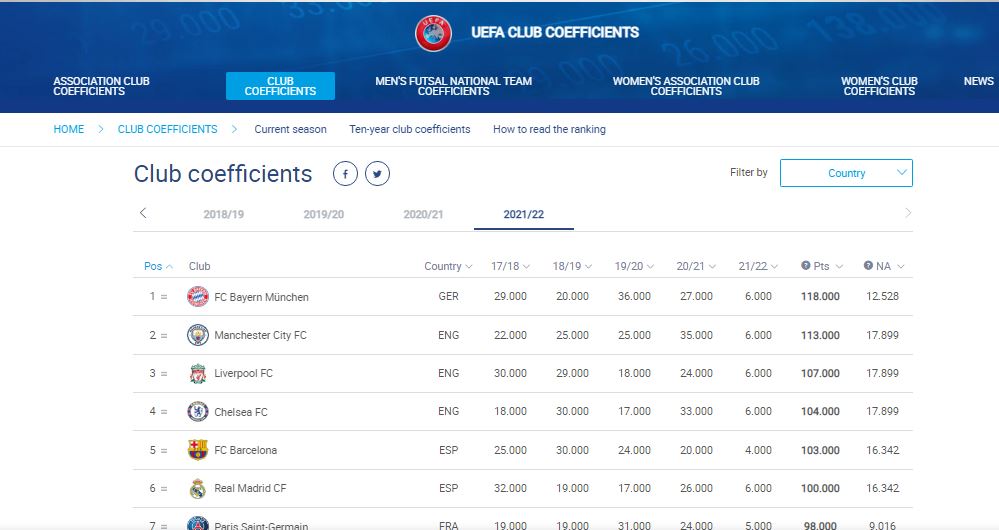 While 3 teams from the Spanish football league, Barcelona, ​​Real Madrid and Atlético Madrid, were among the top ten European teams, and only one team from Germany “Bayern”, France “Paris” and Italy “Juventus”.

Bayern Munich won the Champions League for the sixth time in its history, the last version, after its victory over Paris Saint-Germain 1-0, during the match that brought the two teams together at the “Al-Nour” stadium in the Portuguese capital, Lisbon, in the final of the current version. From the UEFA Champions League 2019-2020.

Bayern Munich succeeded in achieving the sixth title in its history and its first since winning the title in 2013 at the expense of the Borussia Dortmund team..

Bayern Munich, led by coach Hans Flick, won the Champions League 6 previous times in its history seasons 1974, 1975, 1976, 2001, 2013, and finally 2020, to equal the record recorded in the name of English Liverpool as the third most crowned club of all time behind Real Madrid He is at the top with 13 titles, and Milan is the runner-up with seven titles.

Aston Villa: "The one who has Emiliano Zina will dance next to us" .. Video