Bilbao deepens the wounds of Alaves with a deserved victory in the Spanish League.. Video 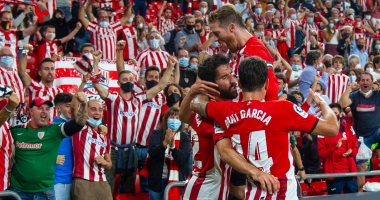 Athletic Bilbao deepened the wounds of its guest, Deportivo Alaves, on Friday evening, in the opening round of the eighth round of the Spanish Football League.

At the San Mamés stadium, the home side’s goal came through Raul Garcia (44th) seconds before the end of the first half.

With this result, Bilbao finished sixth with 13 points, while Alaves froze at 3 points in the penultimate order.

The site indicated that the Bilbao striker He broke a record that has been steadfast for 28 years for Juan Antonio Laranaja with 202 matches between 1986 and 1993.

Know the difference between the symptoms of dengue fever and corona

Men Kyle Rittenhouse shot could not be called a “victim”