Billionaire Dubai ruler to pay £30,000 for affordable housing so he can build lodge in Scotland


Billionaire ruler of Dubai is told he can build a six-bed lodge in the Scottish Highlands… if he pays £30,000 towards affordable housing in the area, council says

By Mike Merritt For The Scottish Daily Mail

He is the ruler of Dubai with a fortune running into billions of pounds and a property portfolio which includes a 63,000-acre estate in Scotland.

For the vice-president of the UAE has had to pay out £30,000 for affordable housing in Ross-shire as part of securing approval for a new lodge on his estate. 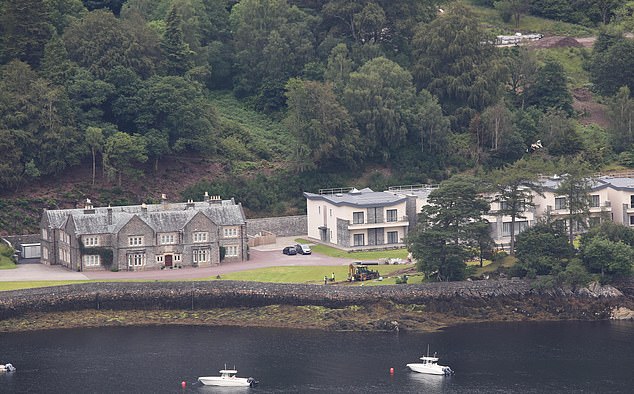 Sheikh Mohammed bin Rashid al-Maktoum’s has had plans approved to build a new lodge on his 63,000-acre Inverinate Estate in the Scottish Highlands  – but it will cost him £30,000

The committee had rejected his initial application.

The billionaire’s plan for the six-bedroom lodge at Inverinate, Wester Ross, was thrown out in June because the property would have been too close to a bungalow lived in by Roddy Macleod and his daughter Tina.

Through his company, Smech Properties, the sheikh appealed and Scottish Government reporter Gordon Reid now intends to allow the project, with conditions.

In his notice of intention to grant permission, Mr Reid said: ‘In line with the requirements of local development plan policy… either on-site provision or a financial contribution towards affordable housing is necessary.’

He added that Smech Properties had agreed to make an upfront payment of £30,000.

Highland Council solicitor Karen Lyons has confirmed that the money has been received. Yesterday, a disappointed Mr Macleod said: ‘It’s not unexpected – the big boys always seem to win.’ 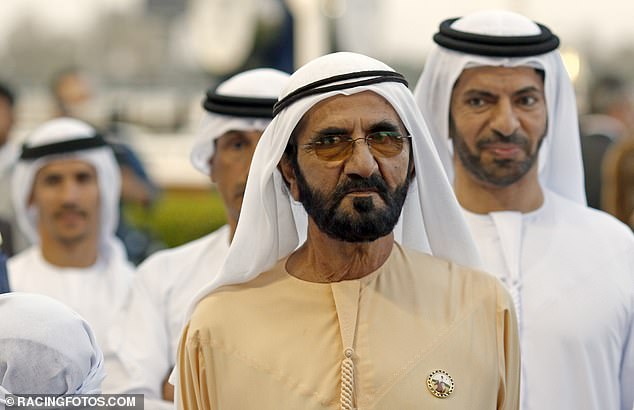 The 71-year-old sheikh, who is believed to be worth more than £3.3million, has paid £30,000 toward the development of affordable housing in the Ross-shire area

He had previously claimed the sheikh rarely visited his Highland estate, saying: ‘In my 30-odd years here, the family have only been up five times.

Other guests come from time to time – such as his London and airline staff.’

Mr Macleod, whose home is 65ft from the proposed lodge, said it would invade his privacy.

Locals also said the access road for the lodge will cause problems.

The sheikh’s architects previously said the family’s trips to Inverinate had been ‘limited by lack of accommodation’ – despite already having 30 bedrooms there – and another 28 approved in February last year.

The sheikh reportedly has six wives, more than 20 children and a huge entourage of bodyguards and servants. 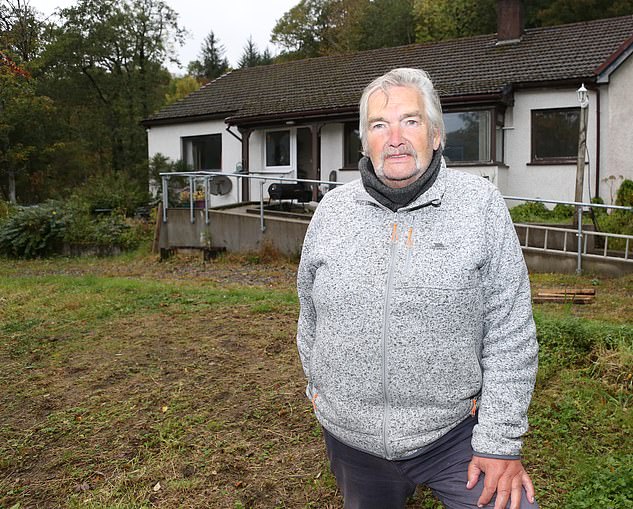 The billionaire’s plan for the six-bedroom lodge at Inverinate, Wester Ross, was thrown out in June because the property would have been too close to a bungalow lived in by Roddy Macleod (pictured) and his daughter Tina

The sheikh’s Highland retreat already features helipads and a 14-bedroom holiday home, next door to a 16-bedroom luxury hunting lodge with pool and gym.

Last year, he made headlines when it emerged he wants to send an unmanned Emirati space probe to Mars in 2021.

The oil-rich country wants to establish a space programme to prove the Arab world is capable of delivering scientific contributions to humanity, despite the many conflicts across the Middle East.

Britain records a sharp increase in deaths in Corona, with its toll exceeding the level of 100 thousand cases

The 10 best places to buy ski and snowboarding gear online

VICTORIA BISCHOFF: Shut the door on the broadband sharks

Schoolgirl, 11, was a top athlete – now she can’t walk up the stairs without fainting

40 awesome gifts under $20 that won't get re-gifted

The people behind the Anti-Virus website hail from various industries, with their ranks including everything from...