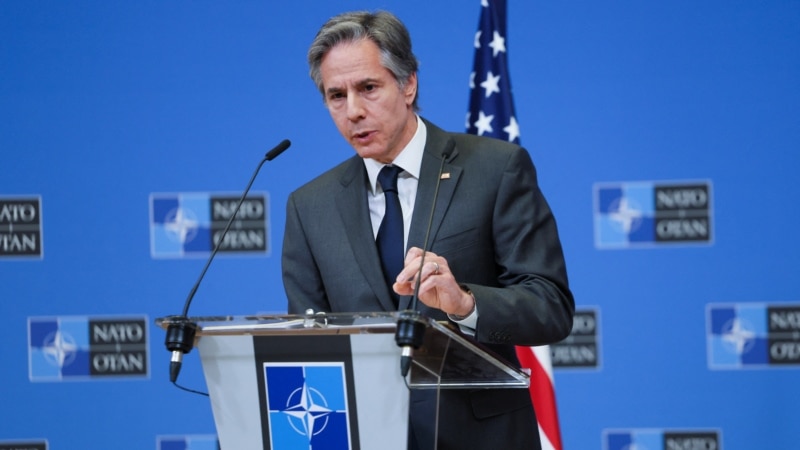 The resolution adopted on Thursday by the majority of the member countries of the UN Human Rights Council to expel Russia from that body international was later celebrated by American diplomacy.

“Today a wrong was righted,” US Secretary of State Antony Blinken told a news conference in Brussels, Belgium.

Bliken met in the last two days with the foreign ministers of the NATO member countries and the foreign representatives of the Indo-Pacific axis, as well as those of Georgia, Finland, Sweden and Ukraine and the diplomatic chief of the European Union, Joseph Borrell.

The UN Human Rights Council voted 93 in favor, 24 against and 58 countries abstained from speaking out to leave Russia out of the world body for the unprovoked war in Ukraine.

“A country that is perpetrating gross and systematic violations of human rights should not sit in a body whose job it is to protect those rights,” Blinken told reporters.

The images released from the city of Bucha, near kyiv, the capital, have shown the cruelty of the Russian forces against the Ukrainian population.

“We are supporting a multinational team of experts who are assisting a war crimes unit set up by Ukraine’s prosecutor general, with a view to ultimately seeking criminal accountability. These efforts will also ensure that Russia cannot escape the verdict of history,” he asserted.

Meeting on the fringes with Kuleba

The top US diplomat also met with his Ukrainian counterpart, Dymitro Kuleba, to whom he confirmed Washington’s support both in humanitarian work and in the field of war tools to deal with the advance of Russian troops.

“I met with my friend, Ukrainian Foreign Minister Dmytro Kuleba to discuss how the United States, allies and partners will continue to help Ukraine defend itself from Russia’s brutal war and hold the Kremlin accountable for atrocities. We stand with Ukraine,” Blinken tweeted after the meeting with his counterpart.

Kuleba, for his part, gave an account of the meeting with Blinken at the NATO headquarters in Brussels, where he traveled for the summit, despite Ukraine not being part of the Atlantic Alliance.

“Grateful to the United States for the strong diplomatic and military support of Ukraine, as well as for its leadership in initiating, imposing and enforcing sanctions on Russia,” the Ukrainian Foreign Ministry announced, and concluded that “the next big steps were coordinated to strengthen Ukraine and force Putin to fail.”

Blinken later made the official announcement of the provision of an additional $100 million “to meet Ukraine’s urgent need for anti-armor systems.”

This is, according to the US foreign minister, the sixth shipment of weapons, equipment and supplies from the Department of Defense inventories to Ukraine since August 2021.

Rand Paul Held Up Ketanji Brown Jackson’s Senate Vote, And Twitter Was Not Having It

What after the decision of the Supreme Court of Pakistan to invalidate the dissolution of Parliament? | Politics news

What after the decision of the Supreme Court of Pakistan to invalidate the dissolution of Parliament? | Politics news