‘Boy Next Door Killer’ gets death for murders of 2 women 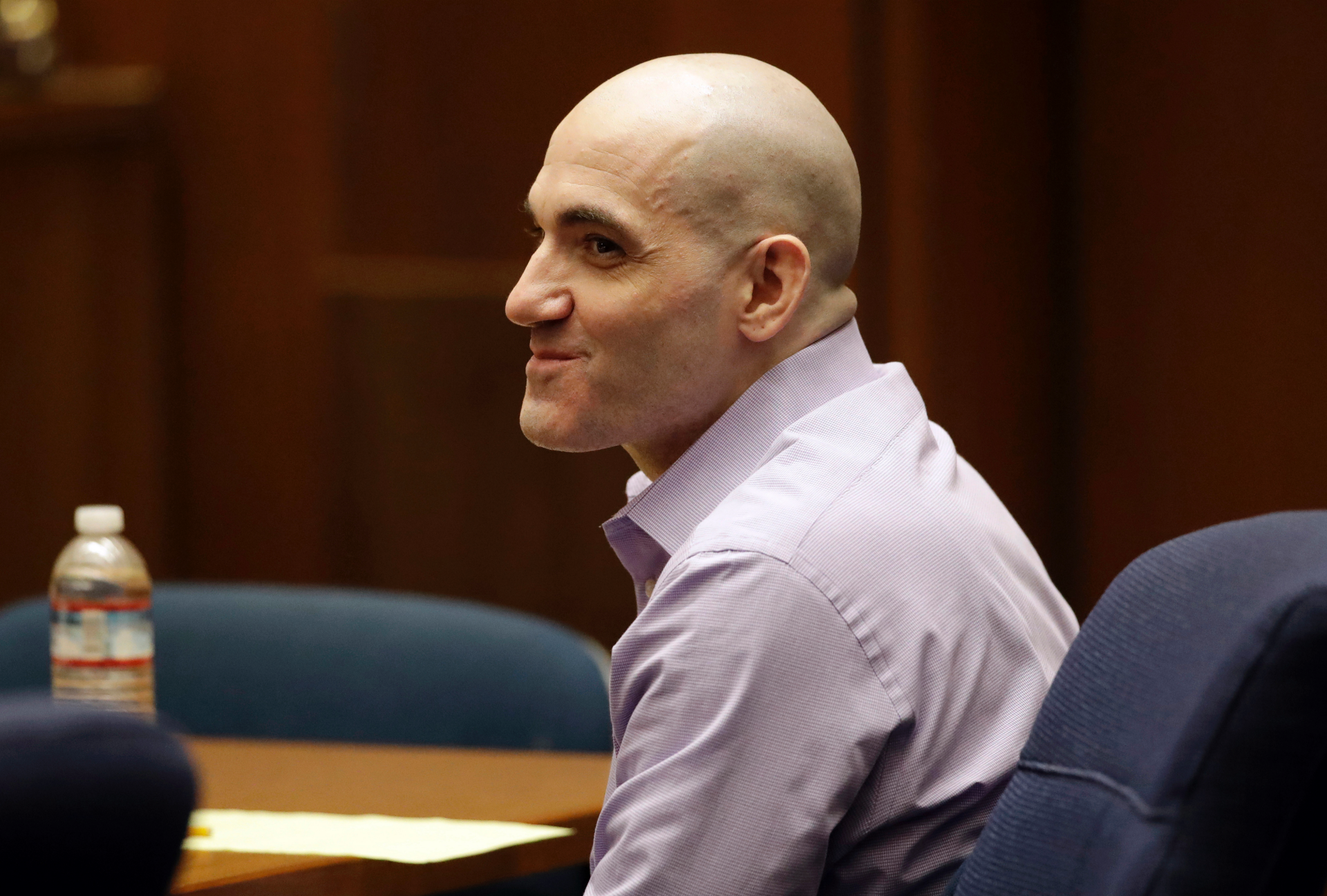 LOS ANGELES (AP) — For crimes he called “vicious and frightening,” a judge on Friday gave a death sentence to a man prosecutors called “The Boy Next Door Killer” for the home-invasion murders of two women and the attempted murder of a third.

“Everywhere that Mr. Gargiulo went, death and destruction followed him,” Fidler said at the all-day hearing.

Gargiulo’s case received added attention because one of his victims was about to go on a date with actor Ashton Kutcher, who testified at the trial.

The sentencing, delayed by procedural issues and the pandemic, came nearly two years after a jury convicted Gargiulo and recommended his execution.

Gargiulo was found guilty of the 2001 murder of Ashley Ellerin, a 22-year-old fashion design student, in her Hollywood home as she prepared to go out with Kutcher. At the trial, Kutcher said that he was late to pick up Ellerin, who did not answer her door.

He looked inside to see blood stains that he thought were spilled wine. Prosecutors used him in their closing arguments, suggesting Ellerin was killed by another man who was jealous of Kutcher.

Ellerin was found with 47 stab wounds.

Her father, Michael Ellerin, who had been visiting his daughter from Northern California hours before she was killed, was one of several victims’ relatives who spoke at the hearing of their suffering as they waited years for justice.

He said he was tempted to imitate his wife Cynthia’s “mournful scream and primal wailing after finding out that Ashley had been murdered.”

“It marked the beginning of an altered, diminished, heartbreaking life,” he said.

Gargiulo was also convicted of the murder of 32-year-old Maria Bruno, a mother of four, in her home in El Monte, east of Los Angeles, in 2005. Bruno’s breasts were cut off and her implants were removed.

And he was found guilty of the attempted murder in 2008 of Michelle Murphy, who fought him off in her Santa Monica apartment, forcing him to flee and leave a trail of blood that also led to his eventual arrests for the other two killings. Murphy was the key witness at the trial.

“To this day, spending the night alone creates a world of fear in me,” Murphy said in court before the sentencing.

She cried as she talked about meeting the families of the two women who didn’t survive their attacks.

“How is it fair that one person’s actions can destroy the lives of so many?” she said.

Gargiulo is a former air conditioner and heater repairman, bouncer and aspiring actor whose nicknames from media outlets included “The Chiller Killer” and “The Hollywood Ripper” but was called “The Boy Next Door Killer” by prosecutors because he lived near the victims he stalked then attacked in their homes.

He spoke before his sentencing, angrily complaining that his lawyers prevented him from taking the stand in his defense.

“I’m going to death row wrongfully and unjustfully,” said Gargiulo, who sat in court in orange jail attire and face mask and showed no visible reaction to his sentencing. “I did want to testify and my fundamental choice was blocked.”

He is unlikely to be put to death anytime soon. California has not executed anyone since 2006 and Gov. Gavin Newsom has halted executions for as long as he is in office. But courts have been proceeding on the assumption that executions may one day resume.

Gargiulo is now expected to be extradited to Illinois for the 1993 killing of Tricia Pacaccio in his Illinois hometown. Prosecutors in his California trial were allowed to present extensive evidence from that case as they sought to establish a pattern and present Gargiulo as a serial killer.