Coronavirus infections must plummet to fewer than 10,000 cases before Boris Johnson should start easing brutal lockdown restrictions, a leading scientist and Sage adviser has warned.

Pushing back against growing calls for a quick exit, Sir Jeremy Farrar said there were still 750,000 cases in Britain which was 75 times higher than he wants it to be.

‘Transmission is still incredibly high in the UK,’ he cautioned. ‘If transmission were still at this level and we were not in lockdown, we would be going into lockdown.

He added it was ‘not sensible’ for ministers to set a date for lifting restrictions, warning they must be ‘led by the data’.

Another Sage scientist, Professor John Edmunds, today also called for cases to be pushed much lower as he warned the variant detected in Bristol has the ‘potential’ to reinfect vaccinated Britons.

Professor John Edmunds said it could be ‘very dangerous’ to the UK’s mammoth jab drive if the mutant strain is allowed to spread around the country.

Public Health England has so far found 21 cases of this version of the virus, with 14 in Bristol, four in Manchester and three ‘scattered’ across the rest of the UK.

It is an evolved version of the Kent variant – the dominant strain of the virus in the UK – which has mutated further to develop a change first found on the South African strain that makes vaccines slightly less effective.

The alteration, scientifically known as E484K, is thought to play a key role in helping the strains ‘hide’ from the immune system.

Professor Edmunds insisted there was no reason to believe the Bristol variant is any more infectious than the Kent one, so it was not an immediate threat. But he claimed the ‘real worry’ was that, as millions more people get vaccinated and the Kent strain is suppressed, the new variant could have an evolutionary edge.

Top experts insist immunity from the jabs should still be enough to prevent mutant strains causing severe illness — even if they don’t block people becoming ill again. Current vaccines were designed around earlier versions of the SARS-CoV-2 virus.

Professor Edmunds, an epidemiologist at the London School of Hygiene and Tropical Medicine, told ITV’s Robert Peston: ‘Where it has an advantage [over the Kent one], potentially at least, is it may be able to reinfect people who have been previously infected or have been previously vaccinated — that’s the real worry with that particular virus.’

It comes as the director of the UK’s genetic surveillance programme claimed today the original Kent variant is on track to become the world’s dominant strain. 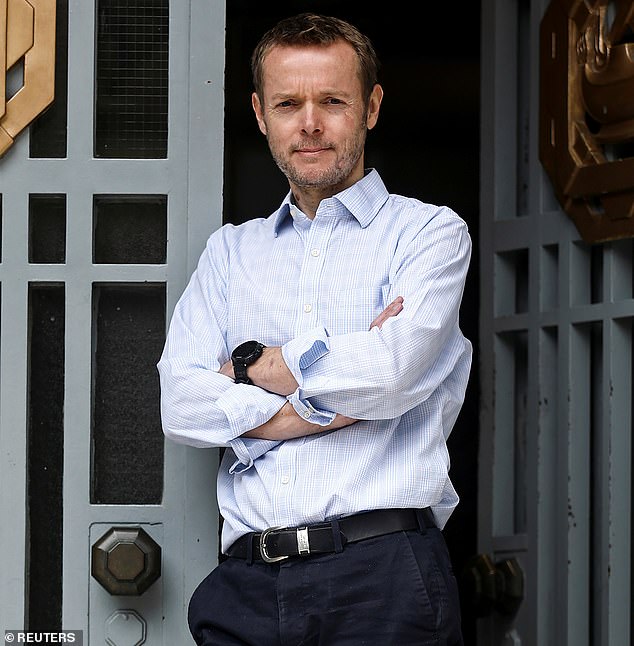 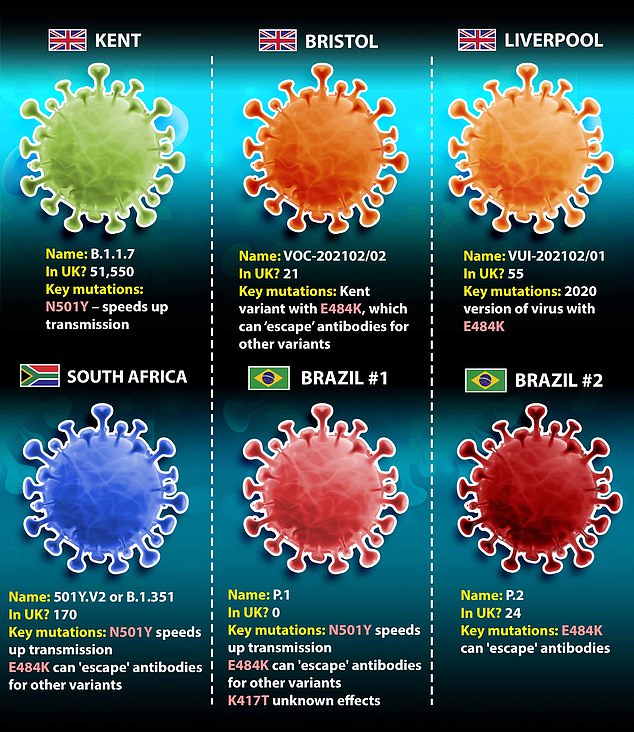 There are now six variants of coronavirus being investigated by Public Health England, five of which have already been found in the UK Professor Edmunds also said Britain’s borders would need to remain ‘pretty tight’ and people would need to be ‘very cautious’ when travelling abroad to avoid importing even more strains that could undermine the vaccine programme.

In a more positive sign, the SAGE scientist said he believes Britain will be ‘more or less free’ of lockdown measures by the end of this year.

But he warned some of the less-restrictive curbs, like social distancing or occasional mask-use, could be here ‘forever’.

Scientists believe coronavirus will now be an endemic disease that countries have to grapple with every winter.

The Bristol variant is the third variant of concern found in Britain, alongside the now-dominant Kent variant and the South African one. A fourth – one of two strains from Brazil – is also listed by PHE but it has not yet been found in the UK. 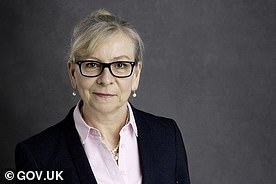 The Kent coronavirus variant may become the most dominant strain in the world, the director of the UK’s genetic surveillance programme claimed today.

More than 50 countries have already spotted the mutant B.1.1.7 strain, which evolved to become more infectious than the original virus.

Professor Sharon Peacock, head of the Covid-19 Genomics UK (Cog-UK) Consortium said the variant ‘is going to sweep the world, in all probability’.

It is already the dominant strain across the UK but all the evidence suggests current vaccines work against it.

But there are fears the variant has started to mutate further to become more like the one that evolved in South Africa, which is better able to resist immunity developed by past infection or from the current vaccines.

Professor Peacock said her work sequencing variants could be needed for at least 10 years.

The E484K mutation appears to give the SARS-CoV-2 virus the ability to partially evade natural and vaccine-triggered immunity.

This mutation initially appears randomly – and it appears to do so fairly often – but sometimes becomes a permanent feature of a variant because it gives it an advantage in that it can reinfect people who would be protected against other versions of the virus.

The fact that the variant cases have been discovered during lockdown, said PHE’s Dr Susan Hopkins, was a cause for immediate action because it presented an opportunity to control them while people are not mixing much.

While none of the variants of concern look to be spreading fast out of the areas where they were first discovered, this could change when rules are eased.

Coronavirus swab testing has been scaled up in various parts of England where the worrying variants of the virus have been found.

Neighbourhoods are being visited by officials bearing test kits and walk-through centres have been set up for people with no symptoms in most regions.

The testing is happening in Walsall and Worcestershire in the Midlands, Broxbourne in East Anglia, Maidstone in Kent, Southport in the North West, and in Bristol in the South West.

In London the ‘surge testing’ is being done in Hanwell, Tottenham, Mitcham and Lambeth.

Although ministers and health officials believe they can get on top of the variant cases with this surge testing and more rigorous contact tracing during lockdown, scientists have warned that the cases they’re finding are only the ‘tip of the iceberg’.

COG-UK only examines around 10 per cent of positive tests to find out which variant they were caused by.

This suggests that the number of cases of each variant that they find could be multiplied by around ten to get to a more accurate number.

Meanwhile, the original Kent strain is on track to become the world’s dominant strain, according to Professor Sharon Peacock from the Covid-19 Genomics UK (Cog-UK) Consortium.

That variant, which is between 50 and 70 per cent more infectious than the original Covid that came out of China, quickly became the dominant one in the UK after emerging in late September. It accounts for about 90 per cent of new infections in Britain.

The Kent variant was responsible for a wave of infections and hospital admissions which plunged the UK into its third national lockdown.

And the strain has been detected in more than 50 countries already, which is probably an underestimate because most nations do not have the capacity to analyse the genetic structure of the virus.

Professor Peacock, who is also an expert in public health and microbiology at the University of Cambridge, said transmissibility of the Kent version was likely to cause scientists difficulties for years to come.

‘Once we get on top of it [Covid-19] or it mutates itself out of being virulent – causing disease – then we can stop worrying about it,’she said.

Despite data suggesting the mutant variant may be more deadly, there is no evidence to indicate existing treatments, such as dexamethasone, will not be effective against it.

A study has suggested that people infected with the UK variant are less likely to report a loss of taste and smell.

There are now four ‘variants of concern’ of the virus that causes Covid-19 identified by government advisers, three of these have been found in the UK, and the fourth is the Brazil variant identified in people who had travelled to Japan.

Analysis is ongoing to establish the impact of these mutations on the virus.

Ask the Captain: Why aren't black boxes made to be more indestructible?

Elon Musk's Encoded Tweet on Bitcoin !! Will This Fuel BTC Rally to $50K