Thousands have welcomed in the shortest and darkest day of 2020 this morning, tuning in to watch the Winter Solstice sunrise over Stonehenge on live stream as visitors are banned from the site.

The shortest day of the year was met with driving rain and howling winds at the historic landmark in Salisbury, usually packed with around 5,000 visitors to mark the twice-a-year phenomena.

Yet despite this several dozen Pagan revellers attended the site to worship, along with a number of security guards, as most went online to get a glimpse of the sunrise over the English Heritage site.

Elsewhere in the country the day brings 59 flood alerts and 7 warnings, mostly in the south, as rain continues for the region which is expecting 0.8in (20mm) today.

But despite the mild temperatures today, which are predicted to reach highs of 15C (59F), topping Rome, the week is set to become more wintery nationwide, with widespread frost by Thursday. 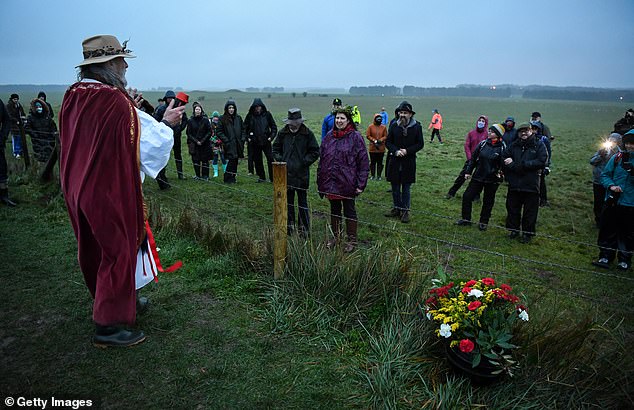 Revellers gathered to worship on Winter Solstice at Stonehenge, Salisbury, despite the monument remaining closed 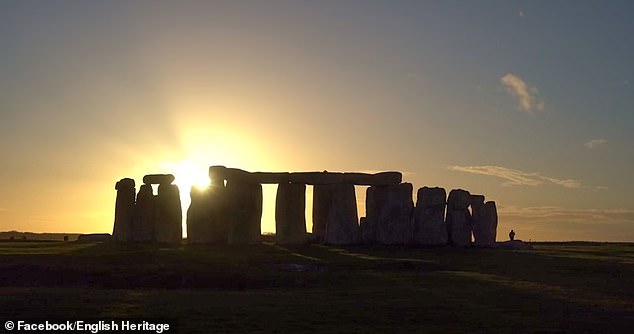 The shortest day of 2020 was met with poor weather, driving rain and howling winds at Stonehenge, the historic landmark in Salisbury 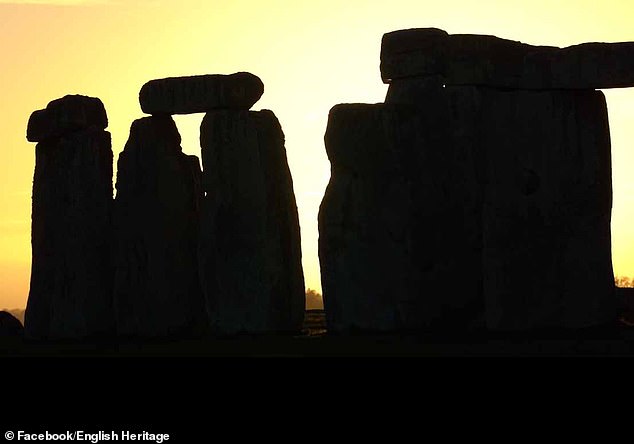 The monument is usually packed with around 5,000 visitors to mark the twice-a-year phenomena

Today, Winter Solstice, the sun will set at 3.53pm, giving us just under eight hours of sunlight.

The winter solstice occurs each year when the North Pole is tilted farthest away from the Sun, and we get the fewest hours of sunlight, and therefore the shortest day of the year.

English Heritage said it had banned the traditional December 21st gathering at the mystical stone circle – which usually consists of many Druid and other Pagan worshippers – due to social distancing rules.

In a ‘normal’ year the Druids would have joined other worshippers to – hopefully if there were no clouds – watch the sunrise over the stones to mark the midwinter solstice, when it’s at its lowest point on the horizon.

The event is worshipped by Pagans and other Druids as a welcoming of the new sun, marking a rebirth. 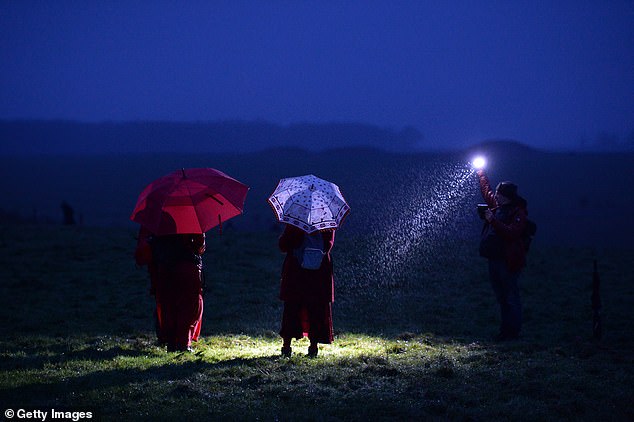 The shortest day of the year was met with poor weather, driving rain and howling winds at Stonehenge in Salisbury. People are seen gathering at the closed monument 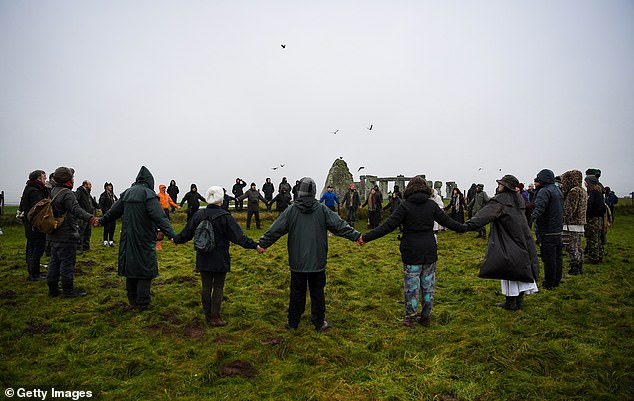 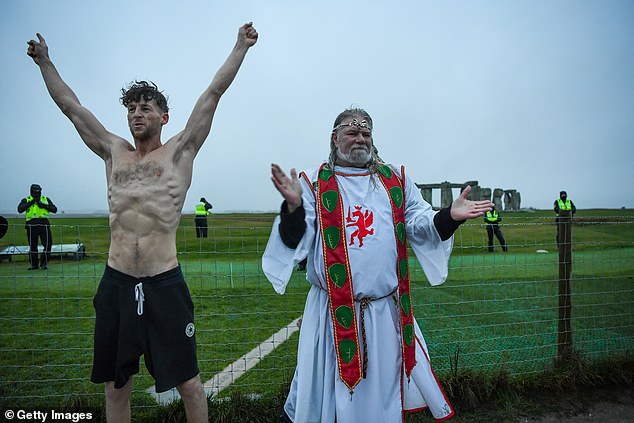 A man gestures next to senior druid King Arthur Pendragon at the closed Stonehenge on December 21, 2020 in Amesbury, United Kingdom 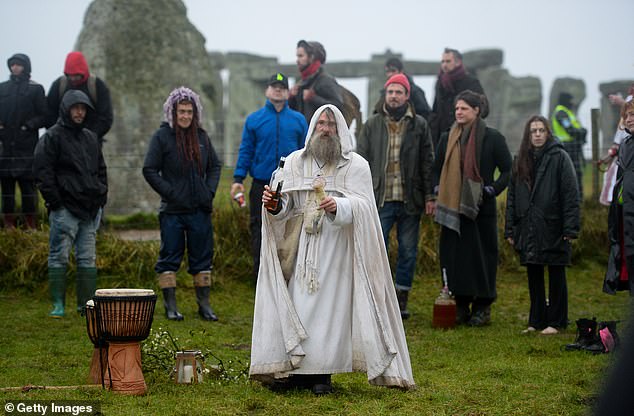 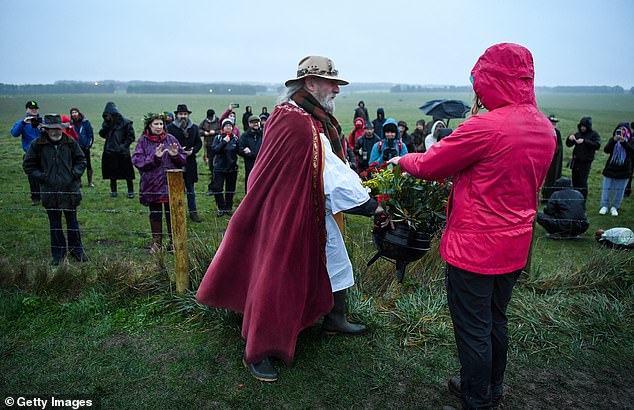 Participants gather for the Winter Solstice at the closed Stonehenge on December 21, 2020 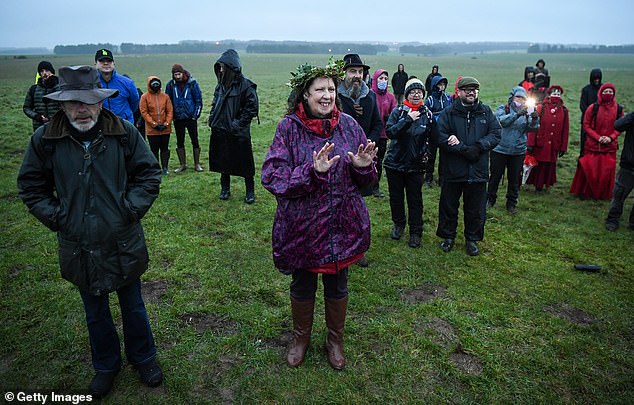 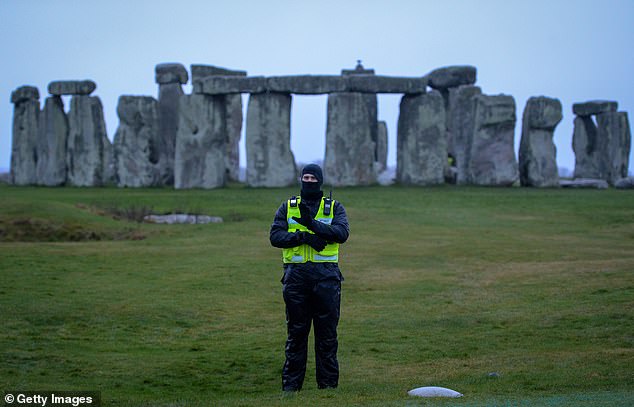 A security guard stands near the closed Stonehenge on December 21, 2020 in Amesbury, United Kingdom 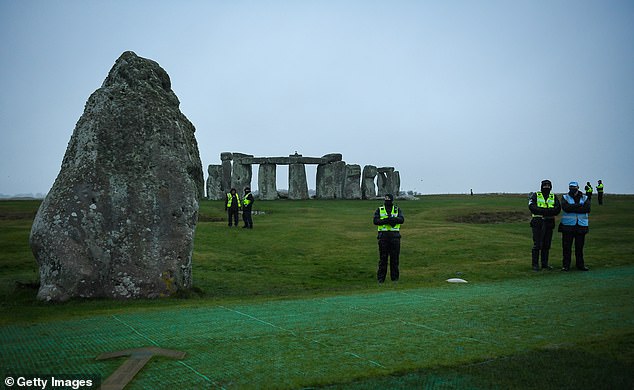 Senior Druid ‘King’ Arthur Pendragon vowed he would brave the elements come what may, and still observe the sunrise in person.

He said he would be ‘on adjacent land, as close as legally possible’ to the stones.

He angrily accused English Heritage of ‘using the Covid crisis as an excuse’ not to allow people to celebrate the solstice at Stonehenge.

He said the ancient stone circle ‘should be open as other places of worship are’. 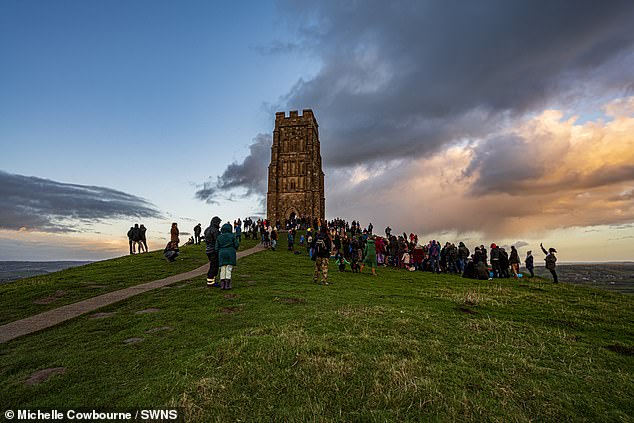 Despite the deadly global pandemic crowds gather at Glastonbury Tor in Somerset to celebrate the winter solstice, on the evening of December 20 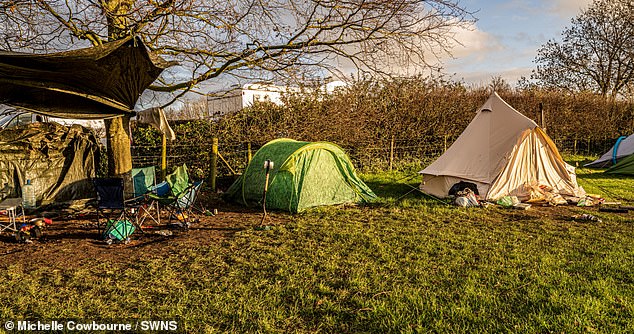 Campers are seen at Glastonbury Tor, Somerset, yesterday, awaiting the sunrise of the Winter Solstice which appeared today at 8:04am 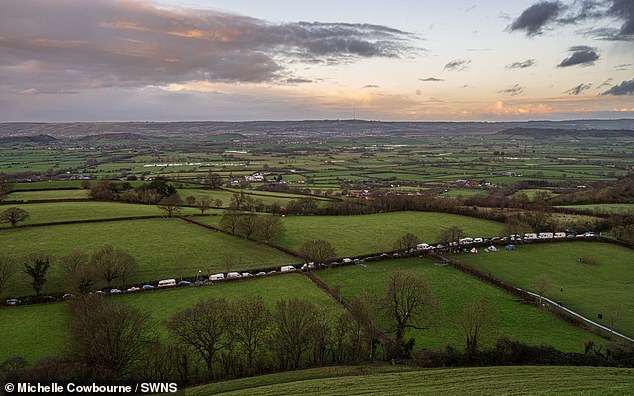 Caravans are seen parked up alongside Glastonbury Tor, where many have come to see in the Winter Solstice

English Heritage said it took the decision in the interest of public health following advice from Wiltshire Council and Wiltshire Police.

However Arthur raged ‘You can’t get more Covid secure than you can in the middle of the field.

‘It is very frustrating that English Heritage are using the Covid crisis as an excuse not to open Stonehenge.

‘English Heritage will not allow us into Stonehenge and they haven’t all year.

‘My argument is it should be open as other places of worship are like temples, mosques, churches and synagogues.

‘Because if you can’t be socially distanced in a field in Salisbury Plain, where can you?’

An English Heritage spokesperson said ‘Our plan to live-stream the winter solstice – a spiritually significant time for many – is supported by representatives of the pagan and druid groups with whom we work.

‘Although disappointed that they cannot attend in person, the community respects the fact that the pandemic and its safety restrictions are exceptional circumstances.’ 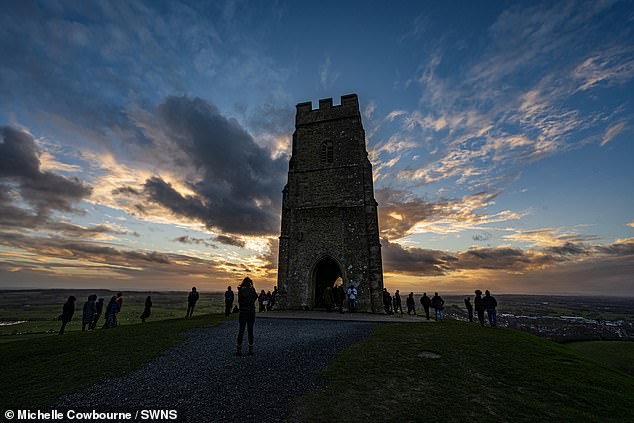 From this point on the days will get longer, giving many a sense of hope that a brighter time lies ahead after a tumultuous 2020 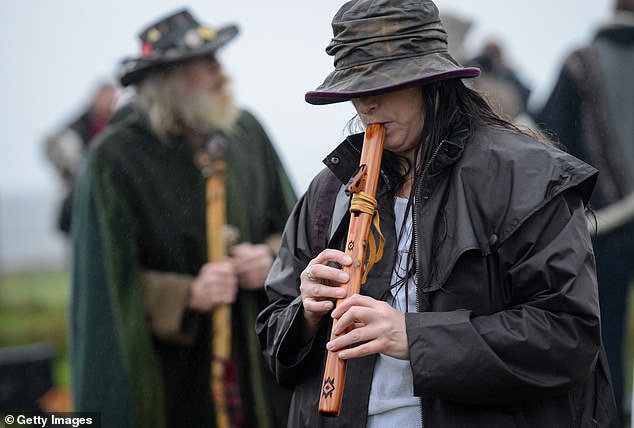 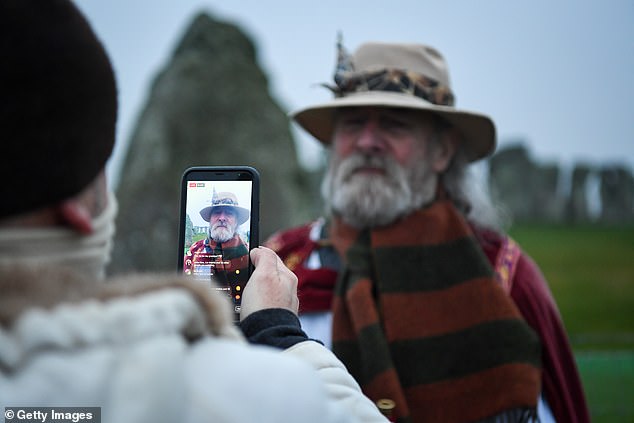 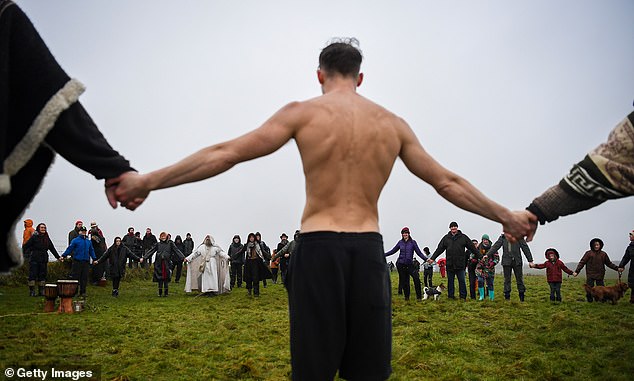 In years gone by, thousands of hippies used to gather with the Druids for the winter and the midsummer June 21st celebrations, which led to violent clashes with police.

In the famous 1985 ‘Battle of the Beanfield’ on land next to the stones, more than 500 people were arrested and dozens of police were injured as they fought to stop hippies getting to the stones.

It led to English Heritage agreeing to ‘peaceful’, carefully-controlled gatherings at the monument.

In addition to the Winter Solstice, last night saw a once-in-a-lifetime ‘Christmas star’ gracing the sky, as it will continue to do for the rest of December as Jupiter and Saturn appear as a ‘double planet’.

The conjunction of Jupiter and Saturn occurs every 20 years however this is the first time for 800 years it has occured near Christmas.