A study published in the British Medical Journal (BMJ), revealed that eating saturated fat does not increase the risk of cardiovascular disease, as many believe, especially that cardiovascular disease is the leading cause of death worldwide, according to what was also reported on the website. Express.

Symptoms of cardiovascular disease include chest pain and shortness of breath, and can often be prevented by adopting a healthy lifestyle.

Fingers have always pointed to the role of saturated fats in foods such as fatty cuts of meat and biscuits, in increasing the risk of heart disease, but this study confirms the opposite after conducting an experiment that included nearly 10 thousand women, the study continued to follow the participants for 15 years. Their diet was tracked and compared with the incidence of cardiovascular disease. 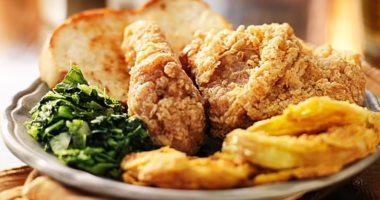 The study, which began in 1995, was keen to assess the physical and mental health of the participants in the study, and the researchers found that a proportionate increase in saturated fat intake is not associated with cardiovascular disease or mortality in women, but rather that an increase in saturated fat intake is associated with a lower risk of diabetes and high blood pressure. Blood pressure and obesity.

In the end, the study concluded that foods rich in saturated fats may be a factor in many other diseases, but they did not increase the risk of heart disease.

Should you buy or sell Delta Air Lines shares after issuing a profit warning?