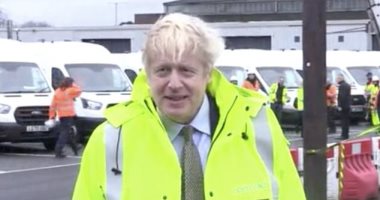 British Prime Minister Boris Johnson said that the agreement reached between the United Kingdom and the European Union is worth 660 billion pounds annually and will protect jobs across the country “by allowing the sale of goods” without customs duties and quotas “in the European Union.

Johnson added – during a speech after the agreement was reached – “we have regained control of our laws, our destiny,” and every “iota of our regulations.”

He made clear that Britain would have “complete control over our waters” for the first time since 1973.

Britain concluded today, Thursday, a trade agreement with the European Union after its exit from it, only seven days before the date of its withdrawal from one of the largest trade blocs in the world, in the most important global shift since the loss of the empire.

A source in the cabinet said, “The agreement was concluded … We have regained control of our money, our borders, our laws, our trade and fishing waters.”

He added:“The deal is great news for families and businesses across the UK. We signed the first free trade agreement with the European Union without any fees or quotas.”

“We have achieved this great agreement for the United Kingdom as a whole in record time, and under very difficult circumstances, and it is an agreement that protects the integrity of our internal market and Northern Ireland’s position in it.

A story that shook the Sudanese street .. Controversy after the escape of a girl with a young man and the return of the guardian’s condition in marriage to the interface! (Video + photos)