Brooklyn Nets owner Joseph Tsai has urged Kyrie Irving to get vaccinated, but has admitted that the decision remains out of his hands amid the NBA star’s stand off.

Irving, 29, is currently not part of the Nets team as a result of his refusal to take the Covid vaccination.

Irving stands to lose around half of his $35million (£25.5m) salary this season because of New York’s vaccine mandate, which prevents him from playing home games at Brooklyn’s Barclays Center without being vaccinated.

The point guard would have been permitted to play road games and even practice in Brooklyn, because the team’s training center is considered a private workplace and not a public arena, but the team decided to sideline him indefinitely until he’s vaccinated or a permanent solution can be reached for him to be part of the team.

Tsai has addressed his star player’s refusal to get the jab in an interview with ESPN, via Yahoo, in which he conceded that he is not confident the NBA champion will be vaccinated. 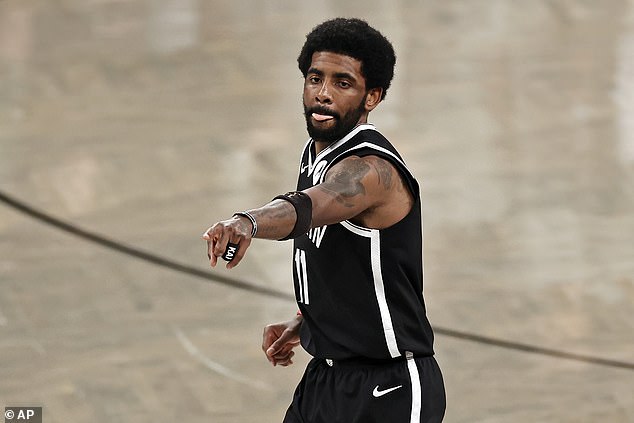 ‘I don’t know,’ Tsai said when asked when he thinks Irving will play again.

‘Again, if you ask the people that are making decisions at the city level, they are going to say we are going to rely on science, rely on what the health department tells us [in order to proceed].’

The Nets have insisted that Irving will not represent the team again until the vaccine standoff is resolved, and Tsai has re-affirmed that this situation has not changed.

‘Last time [I] talked to him was when we made the decision that he was not going to be playing until something changes,’ Tsai added. ‘We haven’t communicated since then. 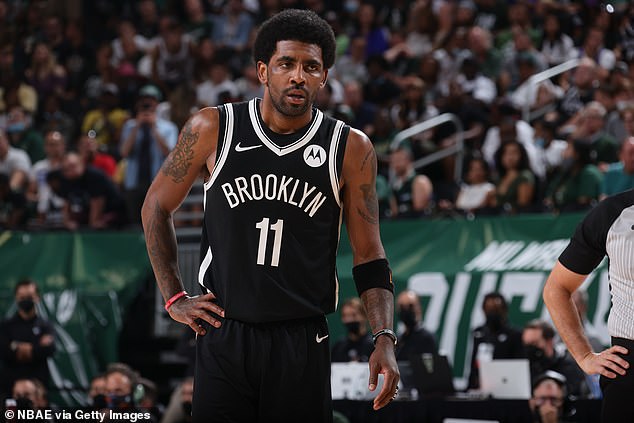 A number of high-profile figures have weighed in on Irving’s vaccination standoff, including Donald Trump Jr and Floyd Mayweather. Tsai hit out at people ‘hijacking’ this issue ‘when life and death is at stake’.

‘I just think that it’s cavalier for people to hijack something like this when life and death is at stake,’ Tsai said. ‘People shouldn’t make it into a political issue.

‘The fact is, if you are not vaccinated and you catch COVID, you have a much higher probability of getting very, very sick and end up in the ICU and possibly die. That’s the consequence.’ 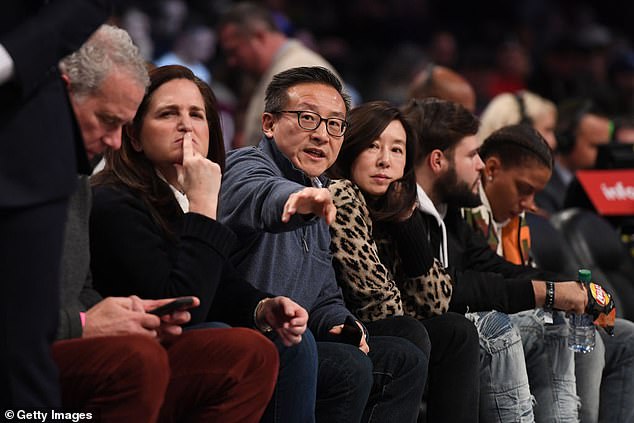 Addressing issues around vaccination earlier this month, Irving told reporters remotely on NBA Media Day: ‘I’m a human being first. Obviously living in this public sphere, it’s just a lot of questions about what’s going on in the world of Kyrie and I think I just would love to just keep that private and handle it the right way, with my team and go forward together with the plan.’

Branson sells £224m of Virgin Galactic to prop up other businesses

CHRISTOPHER STEVENS reviews last night's TV: It's a right old Carry On Up The Cairngorms