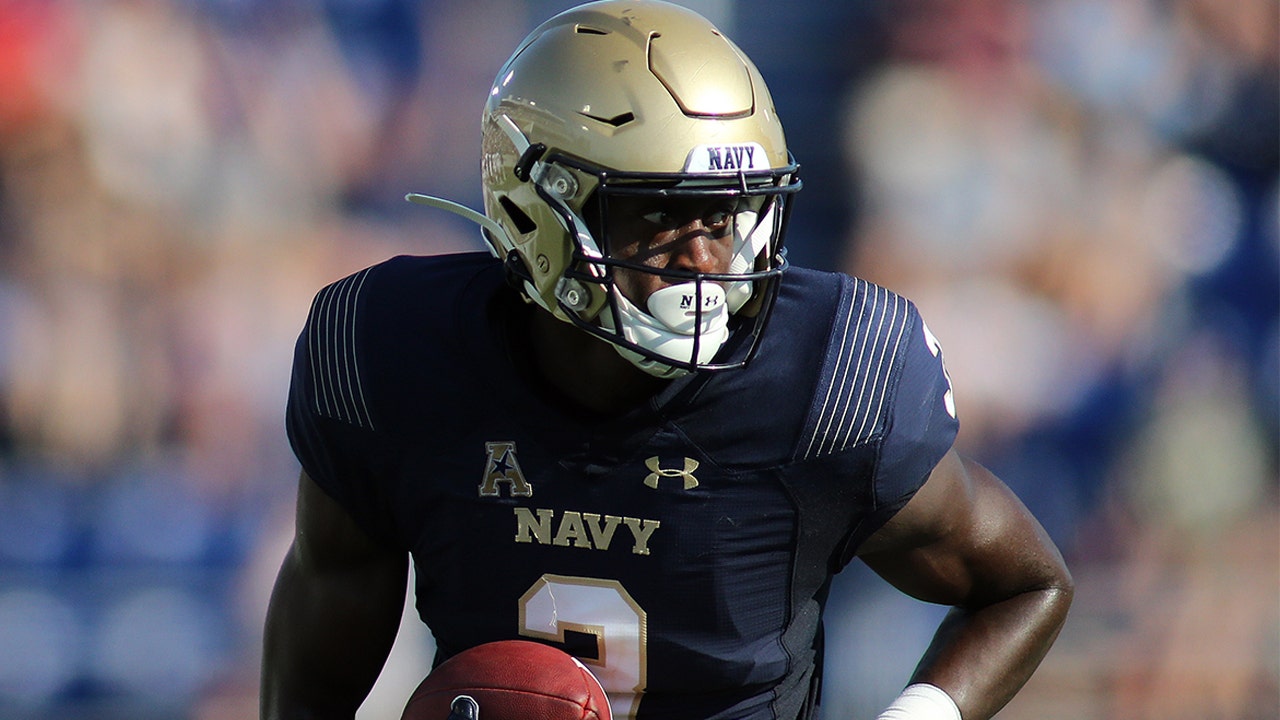 
Tampa Bay Buccaneers rookie Cameron Kinley said Tuesday he’s essentially stuck in limbo as he waits to see whether he will be allowed to put his Navy career on hold while he pursues an NFL dream.

The cornerback signed with Tampa Bay as an undrafted free agent but the U.S. Navy denied his request to delay his service despite other NFL players getting approved. Kinley appeared on “Fox & Friends” and told co-host Brian Kilmeade he feels like he’s living a “double life.”

“It’s definitely tough,” he said when asked where the process stands. “Kinda living a double life where I’m preparing to be an NFL player still just in case things get reversed and I’m also preparing for my career as an officer in the Navy. I’m kinda living this double life, staying hopeful, staying strong in my faith that things can get turned around.”

Kinley said he was disappointed to hear the news that he would not be able to play in the NFL.

“It was definitely tough when I heard the news. I thought about all of the hard work I put in to this point and all the adversity I had to overcome just to get this opportunity and given that people have had this opportunity in the past and it was not afforded to me is definitely something tough I’ve been dealing with,” he said.

While Divine Sports and Entertainment said Kinley is not permitted to appeal the decision, Kinley is finding some support on Capitol Hill.

Sen. Marco Rubio, R-Fla., asked President Biden in a letter on Sunday to grant Kinley a waiver. He cited past examples of the Defense Department allowing waivers for service members to pursue their pro sports goals.

“Mr. Kinley is not seeking to terminate his commitment to the Navy. Far from it. He wishes to promote service to our great nation from one of the country’s largest stages. I implore you to right this wrong,” Rubio wrote. “Grant Mr. Kinley’s waiver to play in the NFL, and send a message to future academy graduates that the United States is a country where Americans can follow their dreams and be true to their commitment.”

Acting Navy Secretary Thomas Harker told Congress last week that Kinley’s case was reviewed and later denied again. He pointed out that Roger Staubach and David Robinson, both legends in football and basketball, respectively, served in the Navy before turning to pro sports.

“I have a lot of respect for Roger Staubach and David Robinson, of course. They’re notable graduates for the Naval Academy. It shows that it’s not impossible. People have done it before. I just feel like things have changed, times have changed, the game is changing. My position is different. Yes, I could go serve two years and come back and play, but my window of opportunity is a lot smaller than theirs. I would like the opportunity to play now and continue to serve afterward,” Kinley said.

According to the Houston Chronicle, the average NFL player’s career only lasts about 2.5 years.