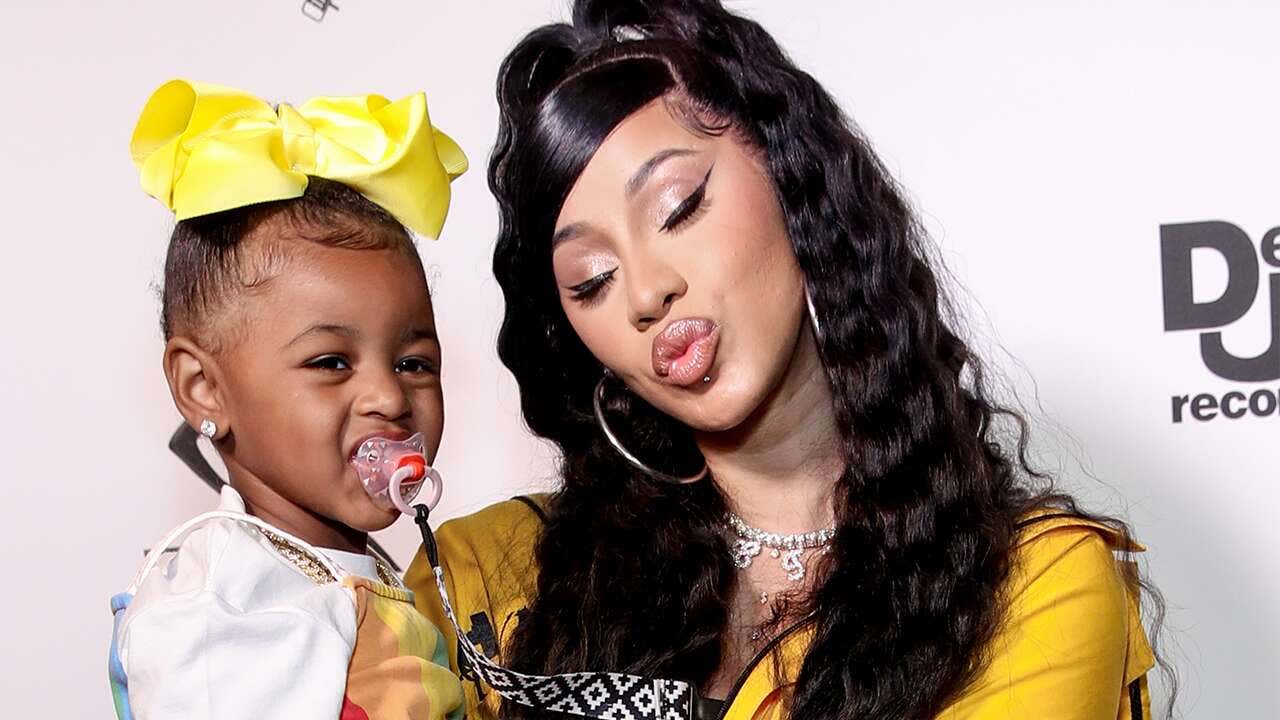 Like Beyoncé did at the 2011 MTV Video Music Awards, Cardi B debuted her baby bump during a performance at the BET Awards.

The rapper — performing alongside husband Offset as well as Quavo and Takeoff of Migos — worked the stage at the Microsoft Theater in Los Angeles on Sunday, introducing her baby bump to the world. They performed “Type (Expletive)” from Migos’ recently released album “Culture III.”

Rapper Lil Baby and gospel performer Kirk Franklin joined forces to kick off the BET Awards with a performance that got Issa Rae, Queen Latifah, DJ Khaled and Zendaya bouncing in their seats.

In all white, the artists performed the anthemic song “We Win” were joined by dozens of background dancers and band members for the top notch performance.

CARDI B SLAMS REPUBLICAN CRITICS, BLAMES THEM FOR BACKLASH TO HIT SONG ‘WAP’

The show is being hosted by actor Taraji P. Henson, who said the BET Awards will celebrate “the year of the Black women.” The event will include more epic performers, including Megan Thee Stallion, Lil Nas X, H.E.R., DaBaby, DJ Khaled and Jazmine Sullivan.

Swizz Beatz is curating the tribute to DMX, who died in April at age 50. Performers include Busta Rhymes, Method Man and Griselda. And Grammy-, Emmy- and Golden Globe-winner Queen Latifah will receive the Lifetime Achievement Award.

Megan Thee Stallion and DaBaby, former collaborators who recently traded words online, are the top contenders with seven nominations each.

The “Savage” rapper, who won three Grammys this year, is up for best female hip-hop artist, album of the year for “Good News” and video of the year for “WAP,” her No. 1 hit with Cardi B. Megan Thee Stallion is also a double nominee for both the viewer’s choice award and best collaboration.

He’s also nominated for best male hip-hop artist, the viewer’s choice award and album of the year for “Blame It on Baby.”

Megan Thee Stallion and DaBaby were two of the big stars at last year’s BET Awards — the first awards show to air during the pandemic. It was a critical success and featured highly produced and well-crafted pre-taped performances, with some centered around the Black experience highlighted by the Black Lives Matter movement, civil rights and the lives of those lost because of police officers, including George Floyd.

This year’s show will allow those who are vaccinated to register to be part of the live audience. The network said it is working closely with Los Angeles County to adhere to COVID-19 protocols.

While press at the awards show will be limited, BET does plan to have a red carpet ahead of the live event, which will feature a number of big name presenters including Naomi Campbell, Regina Hall, Lena Waithe, Mj Rodriguez, Saweetie, Jill Scott, Marsai Martin, Chlöe Bailey and Ashanti. Jennifer Hudson will also make a special appearance at the show.

Drake and Cardi B are the second-most nominated acts at the BET Awards, scoring five bids each, while four nominations went to Chris Brown, Chloe x Halle, Bruno Mars and Anderson .Paak. All of those acts are nominated for video of the year.

Other nominees include The Weeknd, up for album of the year and best male pop/R&B artist, and late rapper Pop Smoke, who won five Billboard Music Awards last month and picked up two nominations at the BET Awards, including best male hip-hop artist.