The couple walked into University College London Hospital in Euston at around 7.40am this morning – around two hours after police officers turned up to secure the site ahead of Carrie’s arrival.

A masked Mrs Johnson, 33, was accompanied into a side entrance by a bodyguard carrying an overnight. Her husband, where a mask and a trademark wooly hat, was flanked by two policemen as he followed her in carrying a suitcase and what appeared to be a bluetooth speaker.

The newborn child, a younger sibling to their son Wilf, one, who was born at the same in the same maternity warn in April 2020.

Boris’ happy news came amid more tough times at work where he is struggling to contain a Tory revolt today amid fury at ‘non-sensical’ new Covid restrictions and his handling of the No10 Christmas party debacle.

The PM dramatically triggered ‘Plan B’ measures to control the rampant Omicron strain at a press conference last night, with fears that infections are now doubling every few days and the NHS could be crippled.

But critics says the restrictions are ‘mental’ as he urged 66million Britons to work from home if they can to slow the spread of Omicron – but still head into town for Christmas parties as well as festive drinks and dinners. 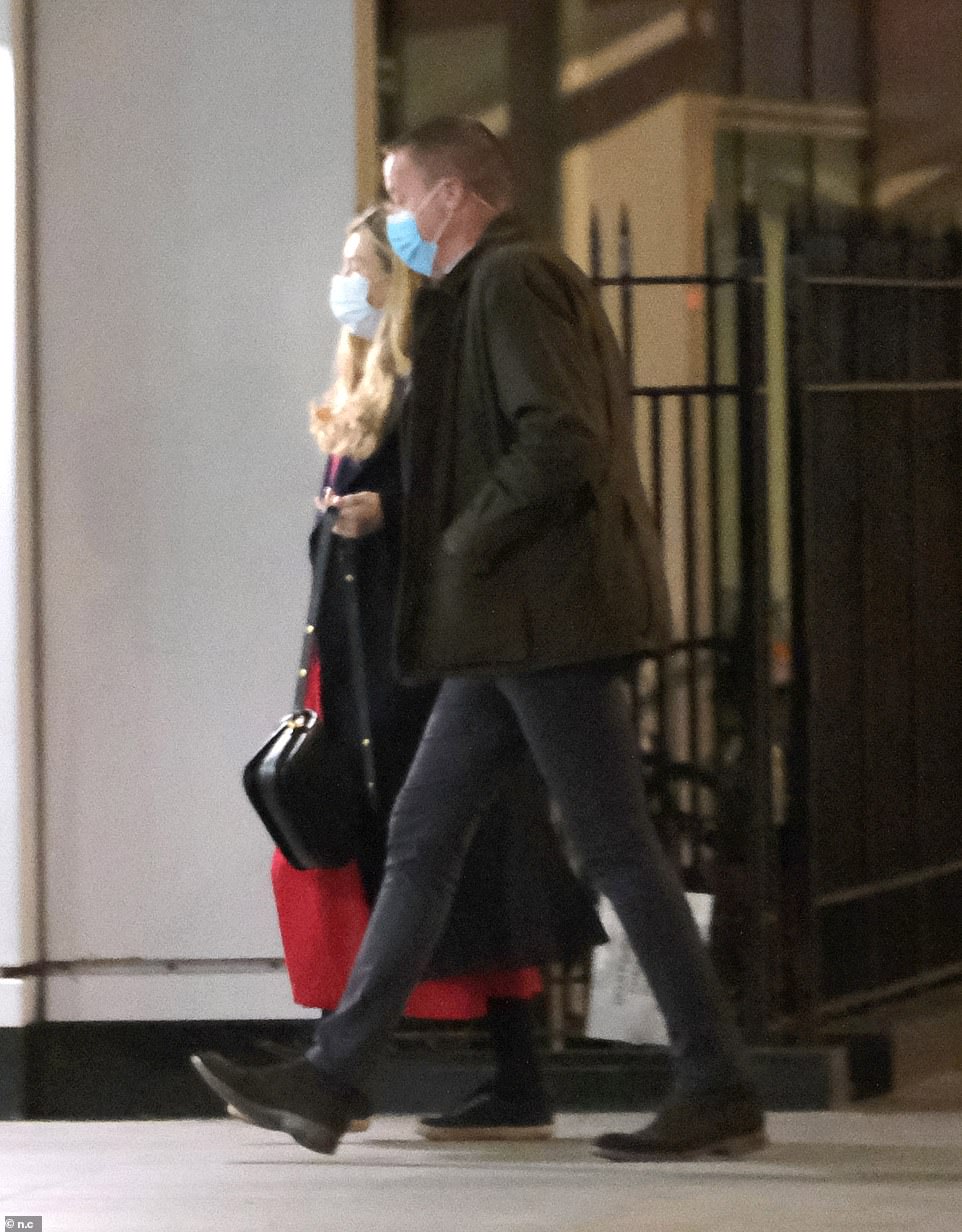 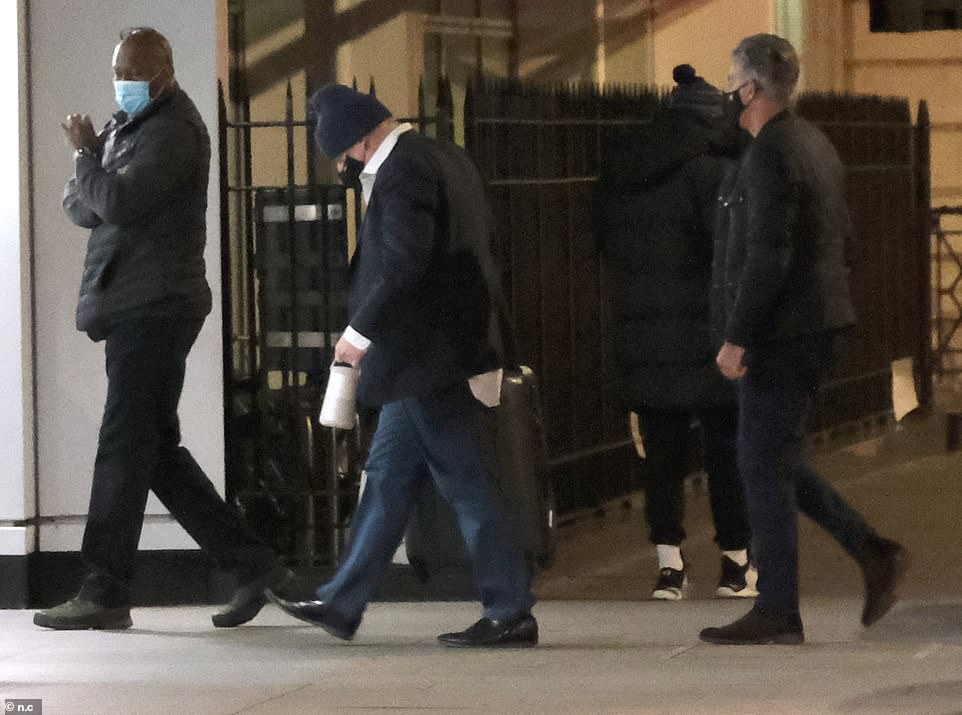 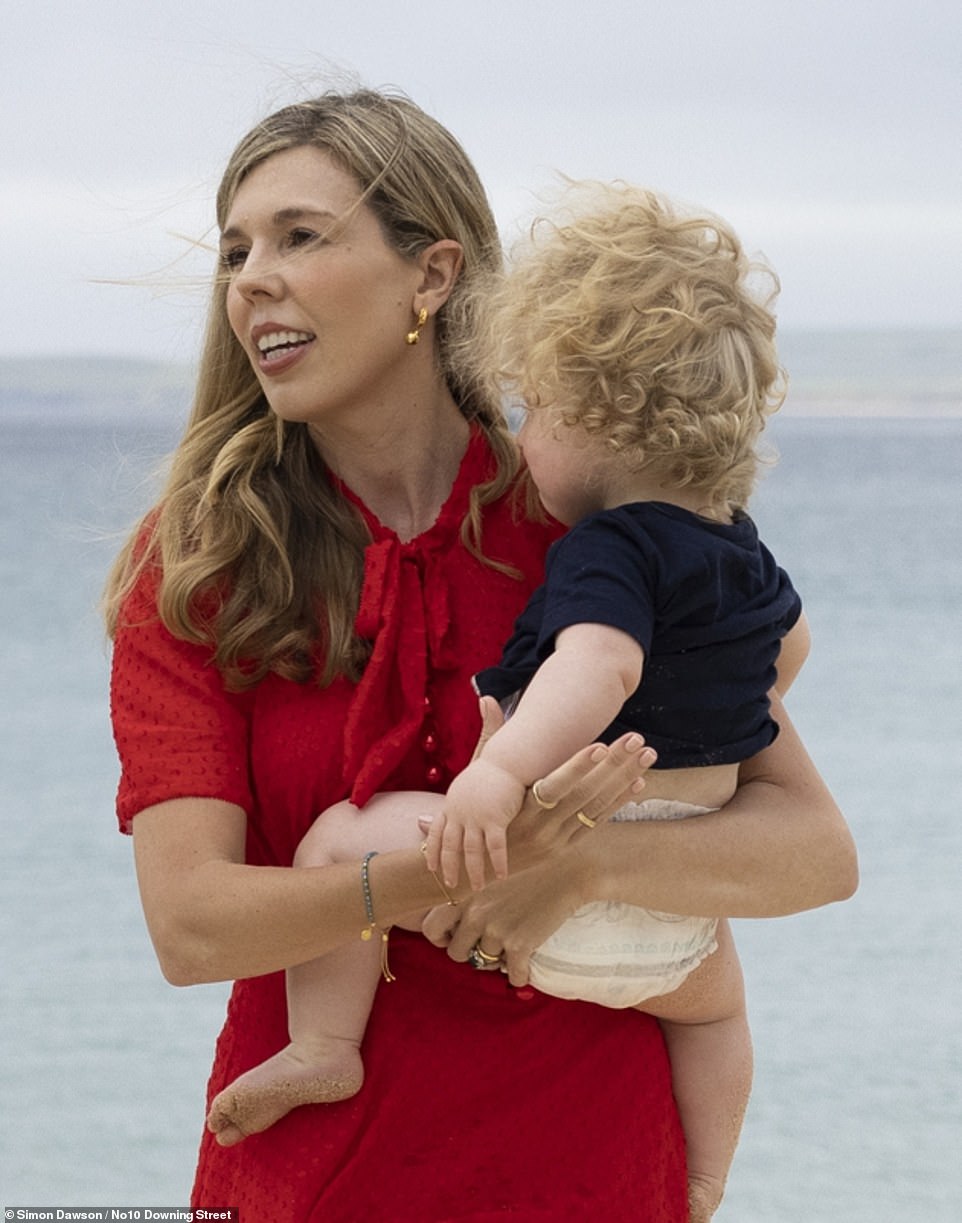 The PM has a son, Wilfred, with third wife Carrie Johnson (above at the G7 in Cornwall) and four with his second wife Marina Wheeler. He also has a daughter from an affair in 2009.

Millions of office staff will be urged to work from home from Monday, while masks will be required in theatres and cinemas, and Covid passports are being introduced for nightclubs and large venues.

But Mr Johnson stressed that office Christmas parties should go ahead, sparking derision from critics. Desperate businesses have complained that the differing restrictions for venues ‘don’t make any sense’.

Dozens of Conservative MPs are now threatening to rebel against the measures when a Commons vote is held next week – although support from Labour means they will still pass.

In September Boris Johnson finally admitted that he is the father of six children after years of speculation.

The Prime Minister is notoriously reluctant to discuss his often colourful private life but let down his guard on American television.

In an interview with NBC on a trip to New York, Mr Johnson admitted for the first time that he has six children – from three different relationships – although there has been some suggestion that there may actually be a seventh. With the birth of his new baby, he may even have eight.

The PM now has two children with his third wife Carrie Johnson and four with his second wife Marina Wheeler. He also has a daughter from an affair in 2009 with journalist and art critic Helen Macintyre – although a court case in 2013 hinted that there may be a second.

Boris has never previously put a figure on the size of his family. Speaking to the Today morning show, he was asked if he was a father of six, replying, ‘yes’. Asked what it was like being a father to a young child while in power he added: ‘It’s fantastic. It’s a lot of work, I’ll tell you that much.  But I love it, I absolutely love it. I change a lot of nappies.’ 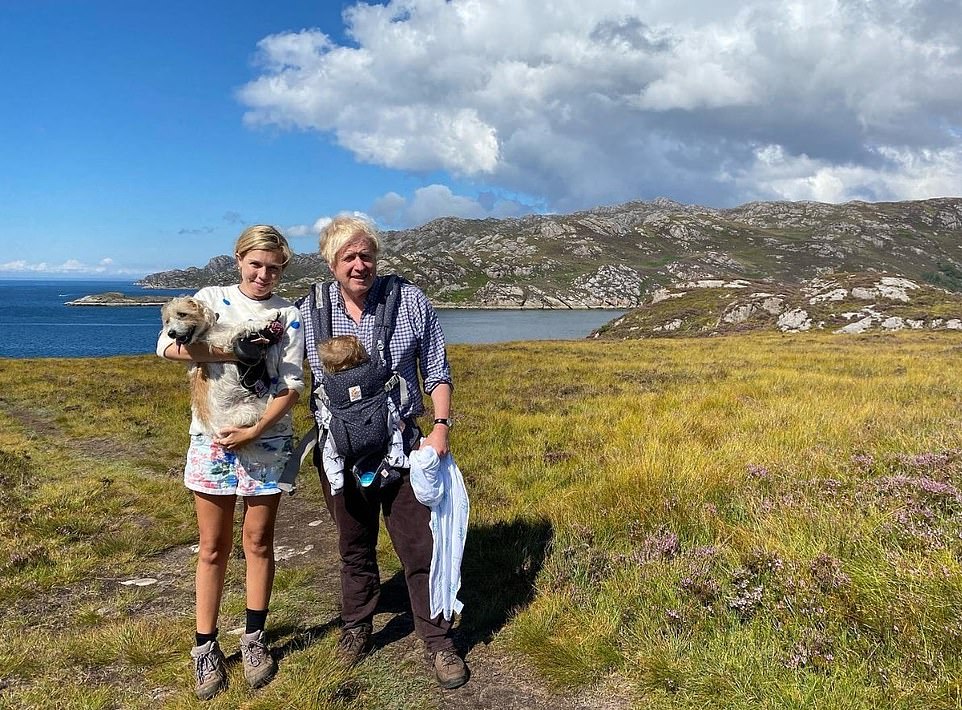 Boris, Carrie and Wilf on holiday in Scotland when the little boy in a sling was just five months old 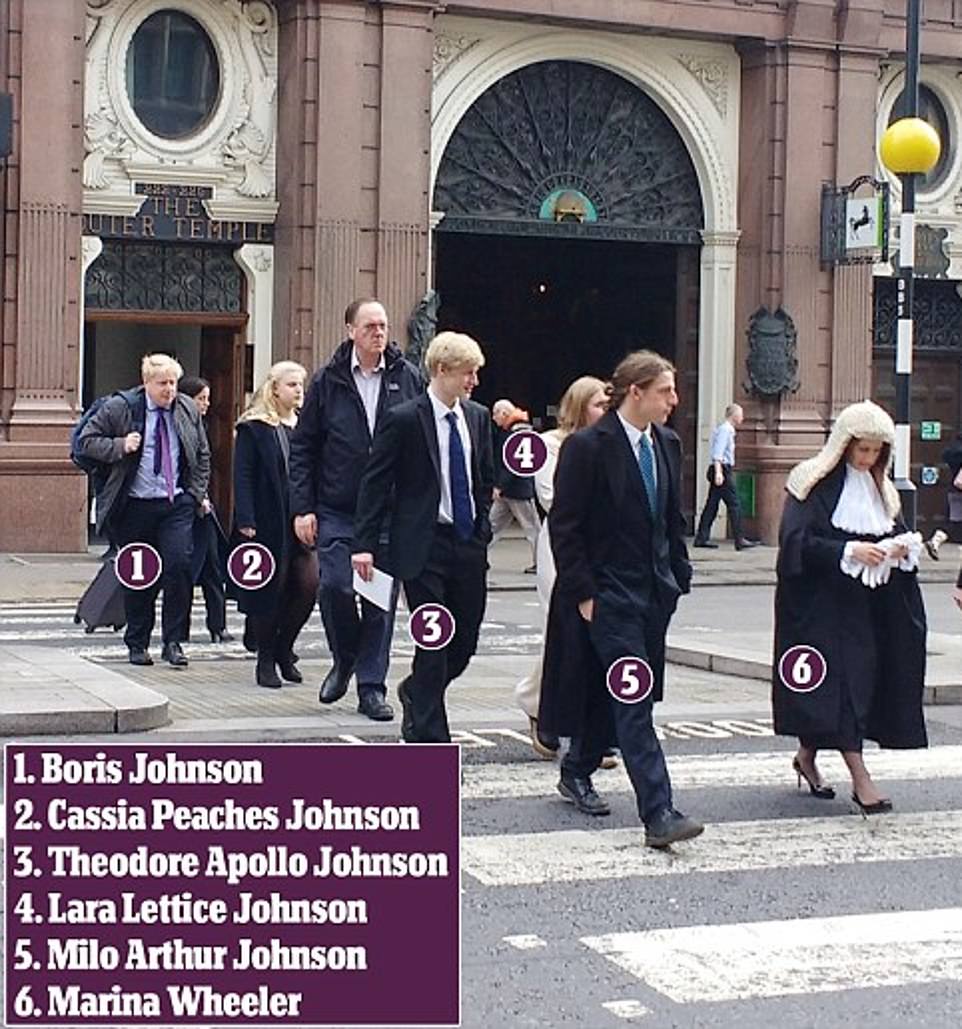 Boris, pictured with his four children from his marriage to Marina, right, pictured together in London when she became a QC in 2016

Seven or eight…. How many children does Boris Johnson REALLY have?

The Prime Minister and Marina Wheeler, who separated in 2018, have four children together: Lara Lettice, 26, Milo Arthur, 24, Cassia Peaches, 22, and Theodore Apollo, 20.

He also has a fifth child, Stephanie Macintyre, with art consultant Helen Macintyre (right). Ms Macintyre’s daughter is allegedly one of two children he may have fathered as a result of an affair.

The Appeal Court ruled in 2013 that the public had a right to know that he had fathered a daughter during an adulterous liaison while Mayor of London in 2009 – but also mentioned the possibility of a second baby.

Lara attended Bedales school – which costs £33,000-a-year – in Hampshire and went on to read Latin at St Andrews University.

She reportedly branded her father a ‘selfish b******’ after his split with her mother.

Milo went to £27,000-a-year Westminster School and can speak Arabic, Russian and French, The Mirror reports. Cassia went to Highgate School – which costs £18,000 per year – and Theodore went to Cambridge University.

Boris’ son Wilf, born on April 29, 2020,  is from his relationship with new wife Carrie, who lives with him in Downing Street.

His second baby with Carrie was born today, his seventh child officially.

Mr Johnson has wed three times, with both previous marriages ending in divorce after he had an affair with his future wife.

The PM  – who once dismissed reports of his cheating as ‘an inverted pyramid of piffle’ – married Oxford University sweetheart Allegra Mostyn-Owen in 1987, but they divorced in 1993 after he cheated on her with Wheeler.

In 2004, his four-year affair with journalist and society author Petronella Wyatt, the daughter of Labour grandee Lord Wyatt, became public. She later told how she had an abortion and suffered a miscarriage.

Mr Johnson was sacked from his role as shadow arts minister by then-Tory leader Michael Howard for lying about the relationship.

The following year he fathered a child with art consultant Helen Macintyre but again was reconciled with his then wife.  They finally announced plans to divorce in 2019 year after his relationship with Carrie came to light.

Boris Johnson’s second wife Marina was reportedly ‘crushed’ and their four children ‘furious’ about news he was having his first child with Carrie in March 2020.

Ms Wheeler divorced Mr Johnson after throwing him out in 2018 amid claims he was having an affair with Ms Symonds.

She is also said to be aggrieved that Boris became engaged and tried for a baby while they were divorcing.

Mr Johnson is thought to have tried to tell their four children Lara Lettice, 26, Milo Arthur, 24, Cassia Peaches, 22, and Theodore Apollo, 20, in person that he and Carrie were having a baby, born later that year.

But not all of his children reportedly bothered to turn up for their father’s announcement and are said to be ‘furious’ because they believe Carrie and Boris got together after an affair.

On discovering his relationship with with Carrie, who is 24 years Boris’ junior, Lara told friends he was a ‘selfish b*****d’ and all the children are said to have been supporting their mother through the divorce.

Boris had a fifth child from an affair with art consultant Helen Macintyre.

At first he denied he was the father and even sought a High Court injunction in 2013 to prevent her existence becoming public. He lost, and also the case led to claims there was another secret love child.

The confusion sprang from the judgment that suggested he may have fathered two children as a result of the affair with Ms Macintyre.

It read: ‘What was material was that the father’s infidelities resulted in the conception of children on two occasions.’ 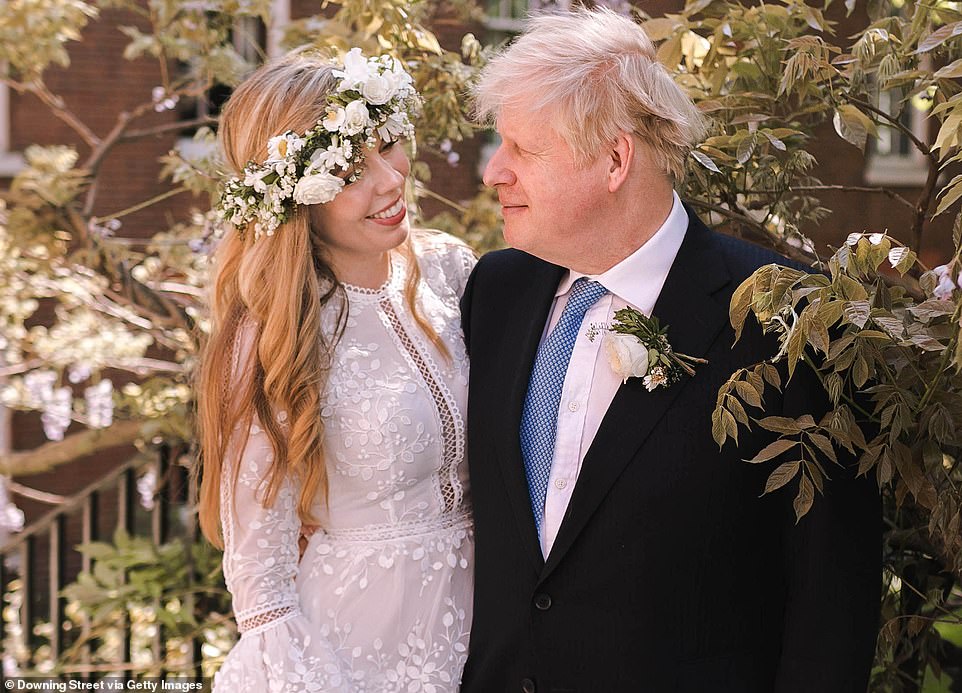 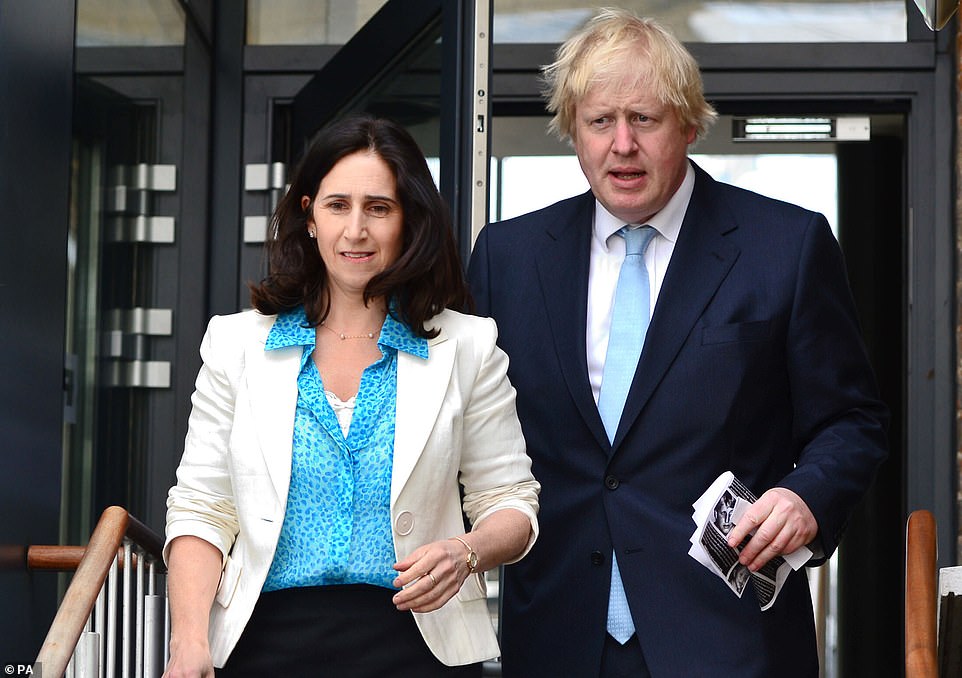 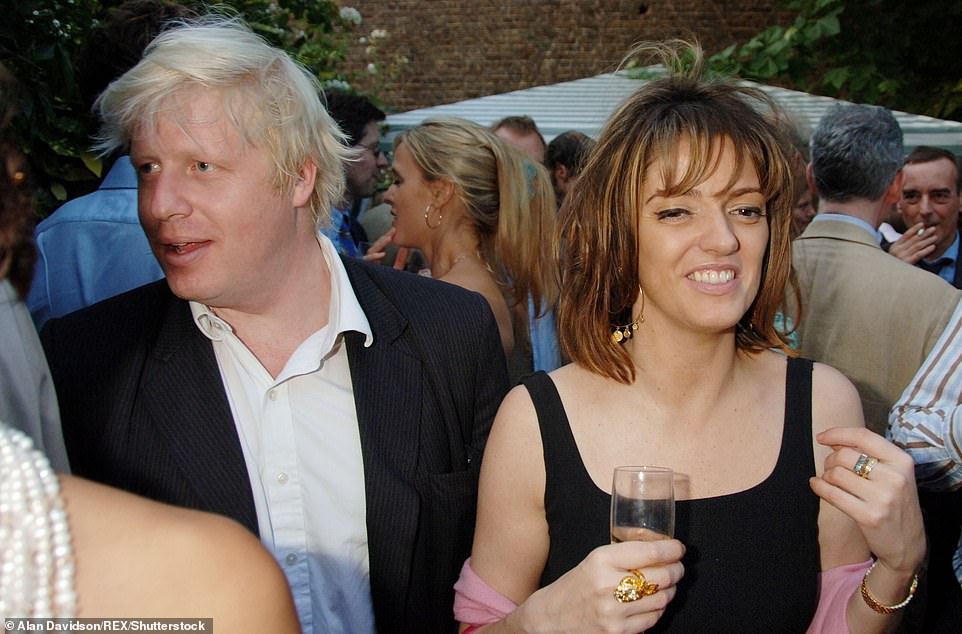 Petronella Wyatt, Boris’s vivacious deputy when he was editor of The Spectator – at that time dubbed the ‘Sextator’ because of the numerous affairs between staff, including her relationship with Boris. Pictured together at the Spectator Magazine summer party in 2006 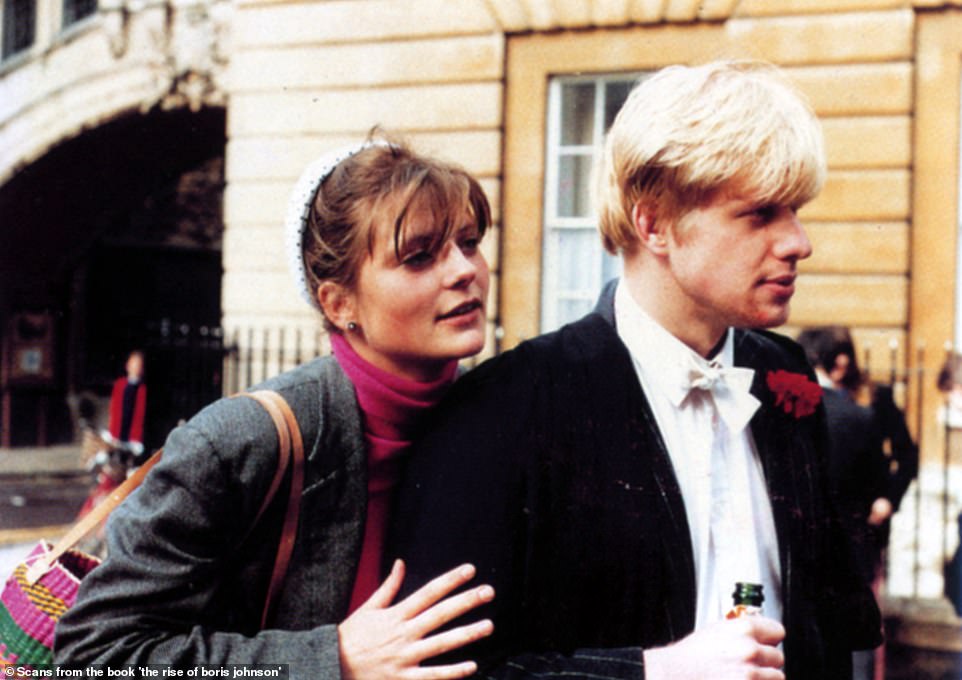 Boris Johnson and Allegra Mostyn-Owen, pictured together in 1987. They divorced after six years after he had an affair 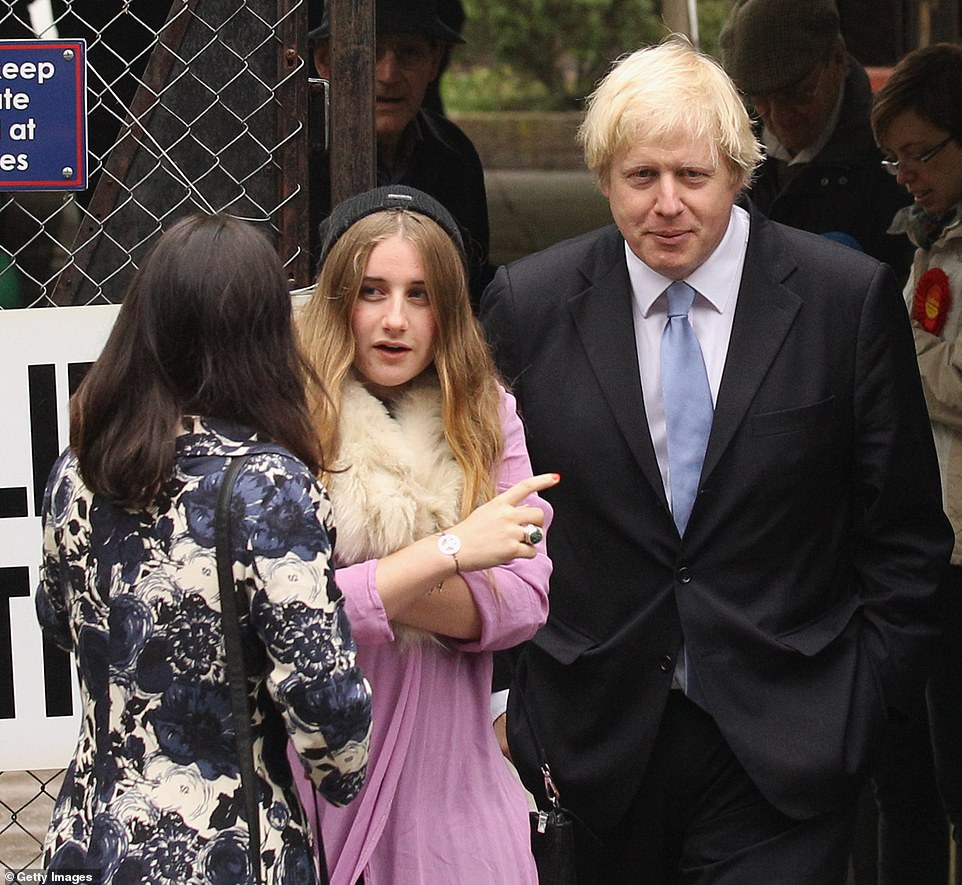 Boris and Carrie’s announcement they were getting engaged was made just 11 days after his divorce settlement with Marina Wheeler was agreed in court.

The couple had been married for 27 years and have four children, with Ms Wheeler – a successful barrister – reportedly in line to receive £4million from her husband.

The dollar rises with the left foot; Optimism Rises About Omicron By Investing.com

Claro TV, an attempt to violate the Law

Claro TV, an attempt to violate the Law

CDC: The side effects of the booster vaccines against corona are similar to the effect of the second dose

Riddle of India’s Covid tsunami: Miraculously, it escaped the worst of the pandemic – until now