‘They have ZERO mental toughness’: Charles Barkley slams Brooklyn after loss to Philadelphia, while Shaquille O’Neal claims they won’t win the NBA title ‘if they don’t get it together’ soon

By Patrick Djordjevic For Dailymail.Com

Charles Barkley has delivered a savage rebuke to the Brooklyn Nets’ championship aspirations after its humbling 115-106 loss to Philadelphia on Tuesday night.

The build-up surrounding Ben Simmons’ return game in Philadelphia was immense but Brooklyn failed to inspire, losing easily to an undermanned 76ers team. 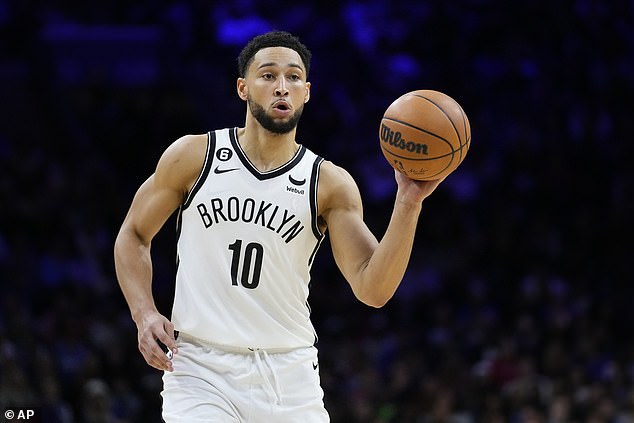 Philadelphia was missing stars Joel Embiid and James Harden, as well as Tyrese Maxey. Though their team came ready to play, inspired by coach Doc Rivers.

‘Doc Rivers said something that was very profound,’ Barkley continued. ‘He says, “you know, guys talk about all this other noise — my team really wanted to win the game.”

‘They want to win a game, to send a message to Ben Simmons. And then if you go to the Jersey side, if I’m KD (Kevin Durant) and Kyrie, I’m like, “well, we’re the two best players in the building. 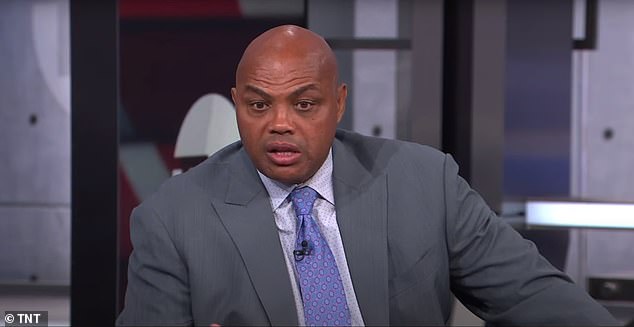 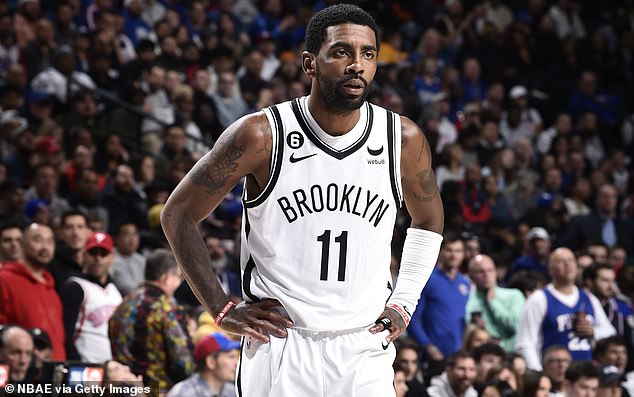 Kyrie Irving put up 23 points in his second game back from suspension vs. 76ers Tuesday night

“They’re missing the three best players. Let’s protect Ben and send them a message,” and it was totally the opposite.’

Durant and Irving scored 20 and 23 points respectively but it was far from enough, with the Nets not once leading at the intervals.

Fellow panelist and Hall of Famer Shaquille O’Neal questioned Brooklyn’s ability to compete for a title, saying their season rests on their next handful of games.

‘I’m telling you right now. If they don’t get it together next 10 games, they not gone win a championship,’ he remarked. ‘They still have a chance to get it together. 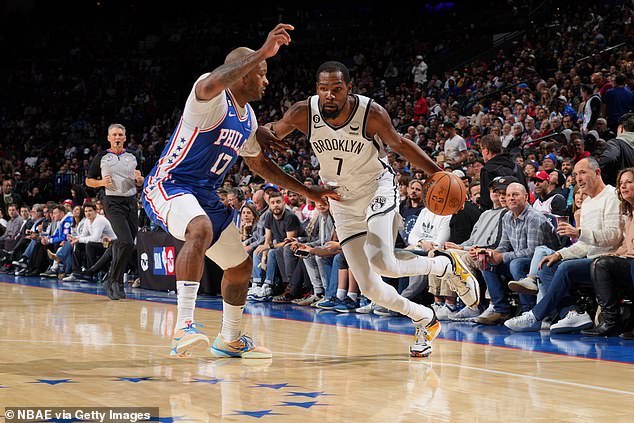 ‘You have two of the top players in Kyrie and KD, and then Ben can play keep playing consistent. Joe Harris his some shots and they get in a little rhythm — they can be dangerous.

‘Everybody talking about how dangerous they can be but I’ve said this earlier; championship mentality, beat the teams you’re supposed to beat.

‘They’re supposed to beat this team by 20 tonight. Be above .500 on the road and be dominant and unstoppable at home.

‘I don’t see any of that so they don’t have a shot at winning a championship.’ 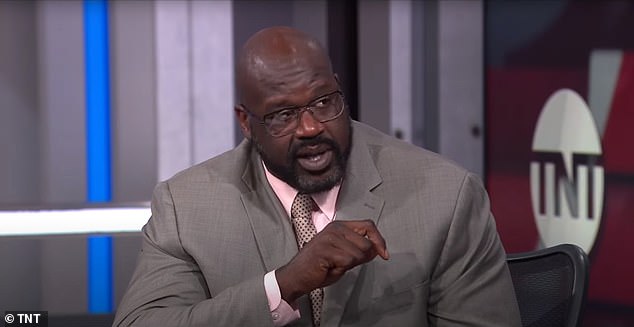