Gilmour has battled back from a four-month injury layoff after knee surgery, and looked assured and confident in the Blues’ midfield. 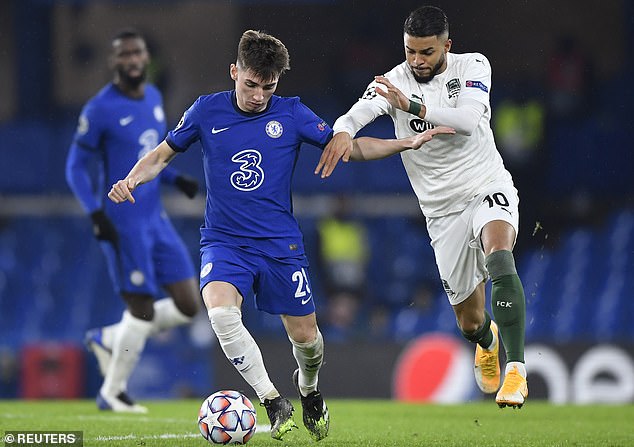 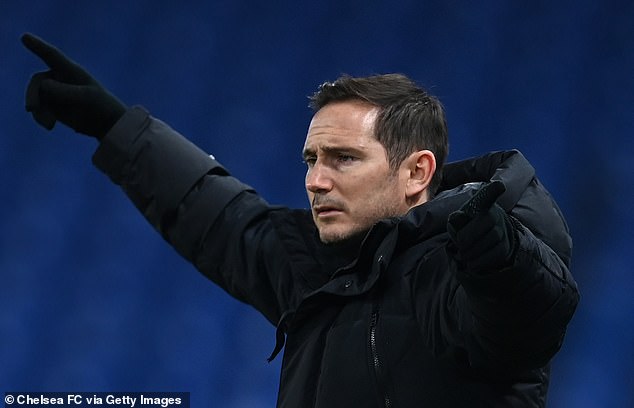 ‘I thought Billy was outstanding on his return, I felt very comfortable with him coming back in, he’s trained so well, done his rehab and he deserved his chance tonight,’ said Lampard.

‘So I expect to see more of the same from Billy as he gets stronger now he is past his injury.’

Jorginho’s penalty salvaged a second-string Chelsea the draw, after Remy Cabella had put the visitors ahead. 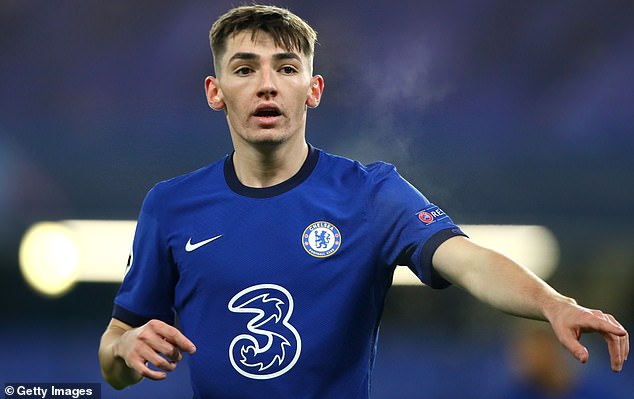 The Blues had already won Group E, leaving Tuesday’s west London affair somewhat of an afterthought, though not for those Chelsea stars battling to prove their selection points.

Lampard hailed his work ethic and admitted he would spend the next few weeks with the first team, while Hakim Ziyech and Callum Hudson-Odoi recover from hamstring issues.

‘Tino showed a real ability to step straight into the level, in terms of his abilities on the ball, which I think he showed today,’ said Lampard. 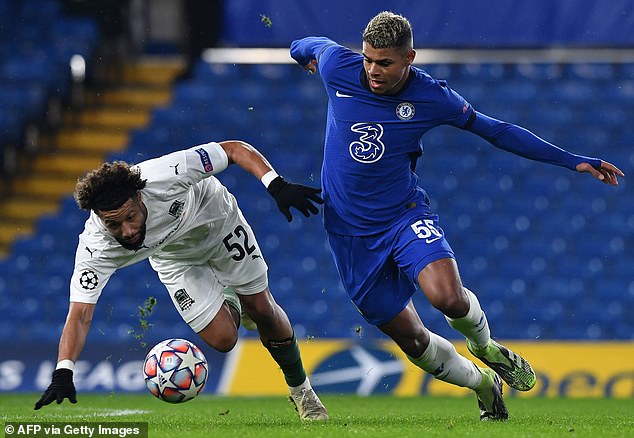 ‘His physical attributes to protect the ball and run shone through well. He’s a work in progress – especially after recent injury concerns – but he’s a player that the more he trains with us, the better he gets.

‘With the injuries we have, in the short-term he’ll be spending more time with us. It was a good debut and he grew into the game as it went along.’

Wingers Ziyech and Hudson-Odoi have both suffered hamstring concerns, but Lampard hopes both men have avoided long-term injuries. 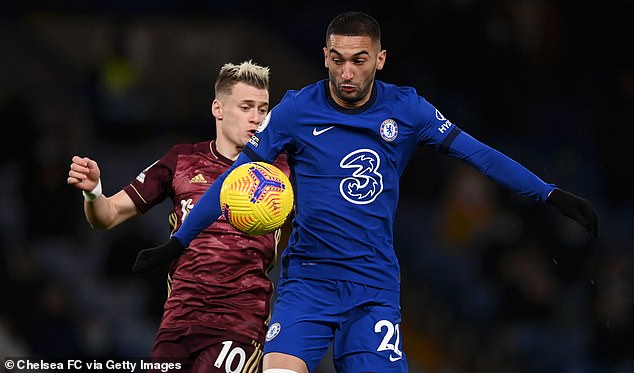 ‘With Hakim that’s positive, while with Callum we didn’t know what to expect. But it’s good news overall on both.’

Krasnodar will drop into the Europa League now, with boss Murad Musaev satisfied with the result in London.

‘I thought we played well and worked hard, so overall we are happy with the draw,’ said Musaev. ‘We’ll have to wait and see what happens with the draw before we can work out what our aims are.’