‘I stand with my brother’: Chris Brown dubs Kyrie Irving ‘the real hero’ for his decision to not get vaccinated … that keeps him sidelined from NBA

Chris Brown on Wednesday took to Instagram to praise NBA player Kyrie Irving for his decision to remain unvaccinated.

The musical artist, 32, posted an image of the sidelined Brooklyn Nets player on the social media site with the text, ‘THE REAL HERO!!!’

He continued: ‘I stand with my brother. WHOEVER DON’T LIKE IT … Go live your damn life .. IT’S HIS CHOICE AND A DAMN GOOD ONE.’ 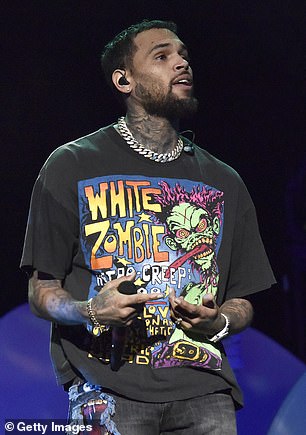 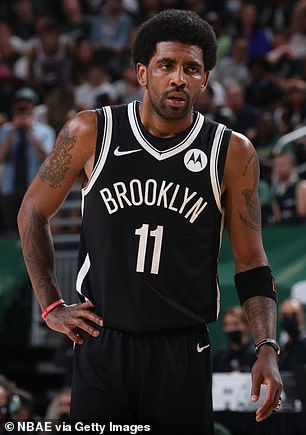 The latest: Chris Brown, 32, on Wednesday took to Instagram to praise NBA player Kyrie Irving, 29,  for his decision to remain unvaccinated, which will sideline him from the court and cost around $17.5 million in salary

Brown said he was ‘ALWAYS IN MY BROTHERS CORNER’ in terms of Irving standing behind his decision to forego the vaccination, which has left him sidelined from the team amid local mandates.

Earlier this month, the Nets said that Irving would not remain with the team due to his ineligibility to take the court in New York amid mandates for pro athletes to be vaccinated in order to play or practice.

Last week, Irving addressed his absence in an Instagram Live chat, saying he was staying true to himself with the decision, which is expected to cost him half of the $35 million he earns, due to not playing in home games.

‘I am doing what’s best for me,’ he said on the social media site. ‘I know the consequences here and if it means that I’m judged and demonized for that, that’s just what it is. 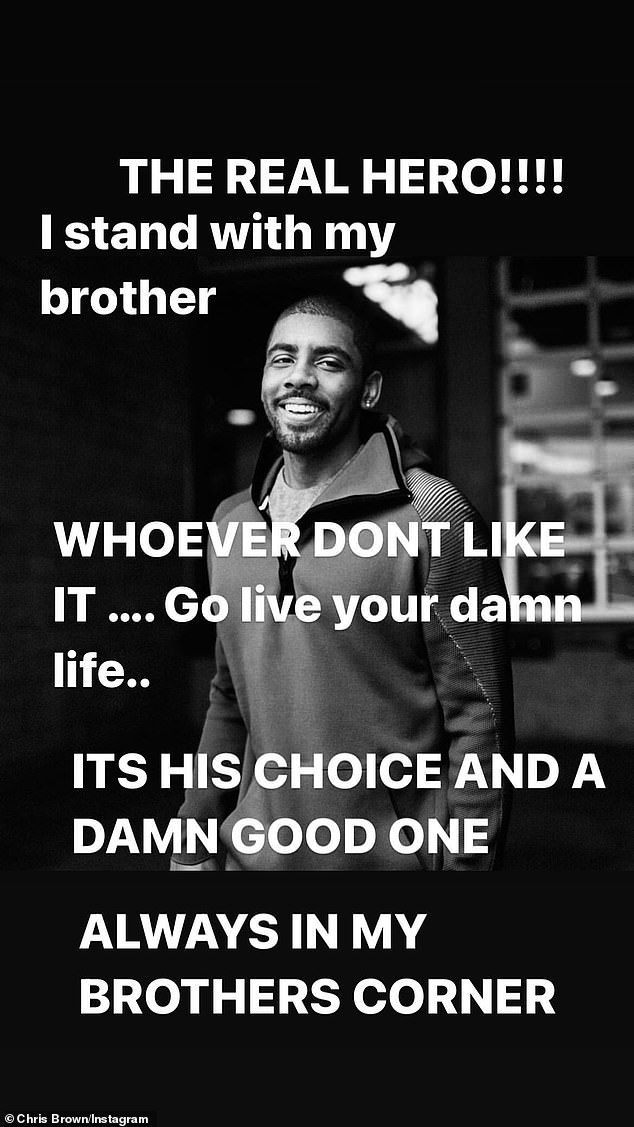 Support: The musical artist posted a shot of Irving with supportive text overlapping 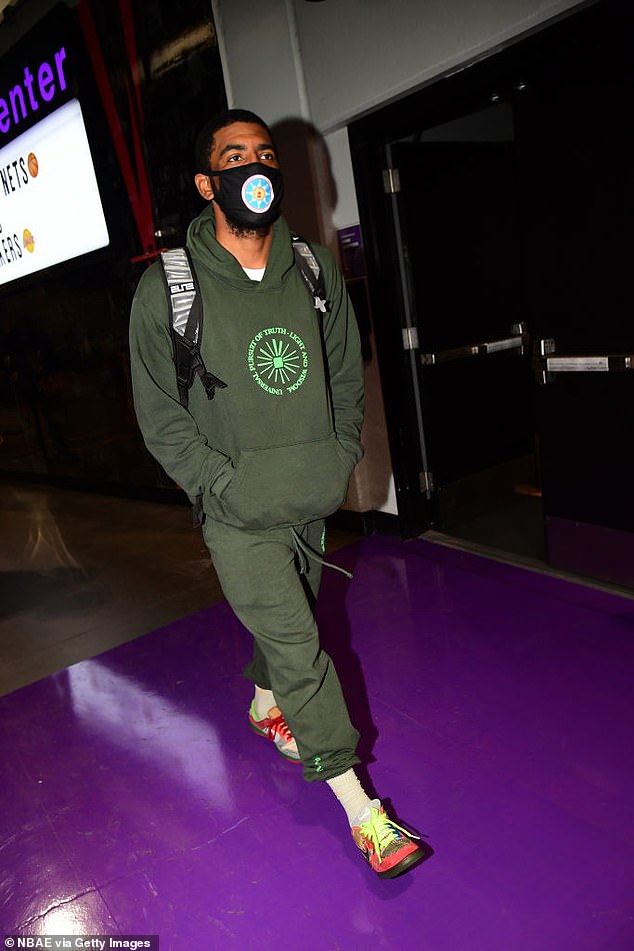 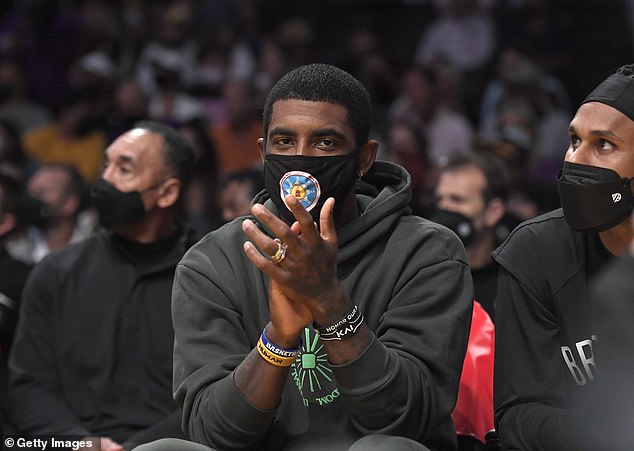 The NBA All-Star said of his decision, ‘I am doing what’s best for me’

‘That’s the role I play, but I never wanted to give up my passion, my love, my dream just over this mandate.’

Irving said, ‘It’s not about the money’ in regards to the financial implications of his decision.

‘It’s not always about the money,’ he said. ‘It’s about choosing what’s best for you. You think I really want to lose money?’

In the clip, Irving said that his decision was a personal one based on ‘the freedom of what I want to do.

NBA commissioner Adam Silver earlier this week told reporters of the situation: ‘I hope that Kyrie, despite how strongly he feels about the vaccination, ultimately decides to get vaccinated because I’d love to see him play basketball this season.’

Steve Nash recognizes that the Warriors are at a higher level

Steve Nash recognizes that the Warriors are at a higher level