After two glorified practice matches, England face their first proper Test since March and what Billy Vunipola identifies as the danger of ‘drift’.

Eddie Jones’s side have strolled past Italy and Georgia without being especially convincing.

On Saturday afternoon at Twickenham, they will have to raise their game to register a fourth successive win over Ireland and take a decisive step towards the final of this contrived Autumn Nations Cup. 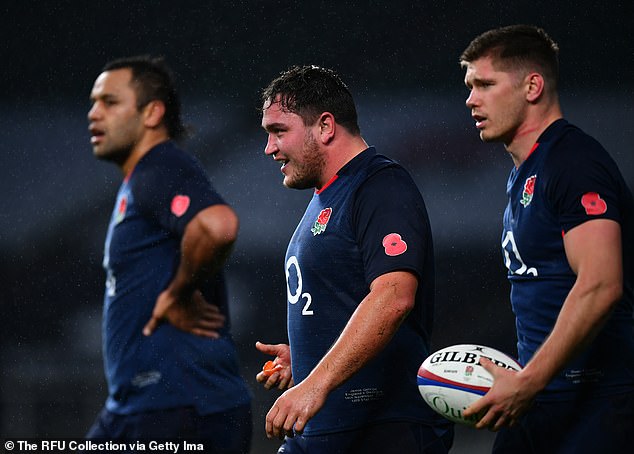 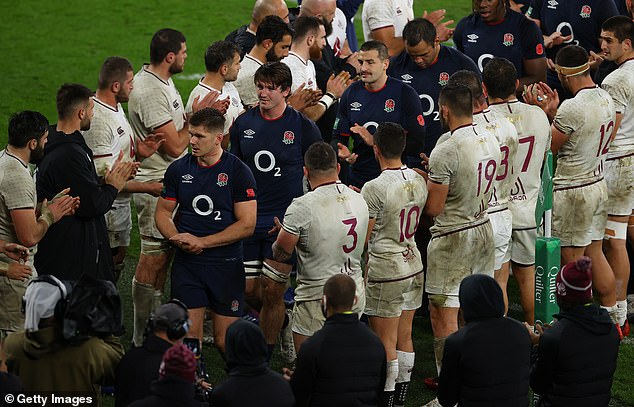 They are clear favourites but this is no home banker. The head coach is always on the look-out for what he calls ‘shadows in the corners’, whereas his No 8 from Saracens had a different way of emphasising the need to be on high alert.

‘For us, especially with it being the autumn and with no crowd, it is easy to drift,’ said the younger Vunipola brother. ‘So it is important that we are on our jobs and we fly into it.

‘These Irish guys will never back down. It would be easy for us to go in there and drift and think, “We have beaten them three times in our last three games, it will just happen”. 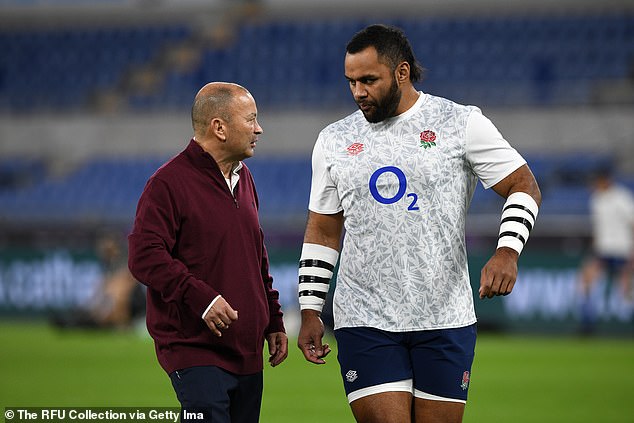 ‘That is the furthest thing from the truth, so it is important for us to attack this game, put pressure on them and maintain that pressure.’

Ireland’s recent losing sequence against England — three defeats by an aggregate margin of 66 points — has been underpinned by an inability to match physicality.

On that basis, Ireland coach Andy Farrell has named a powerful pack and his forwards have momentum after dismantling the Welsh set-piece the Friday before last.

‘They’ve gone big up front,’ said Vunipola. ‘We’ve made no bones about the fact we want to play the English way and that’s through our set piece and getting front-foot ball, putting us in the right areas of the field.

‘Obviously they’re trying to negate that. We want to dominate — whether it’s Georgia, Ireland or Italy. It’s important for us as forwards to kick-start that battle and win it.’ 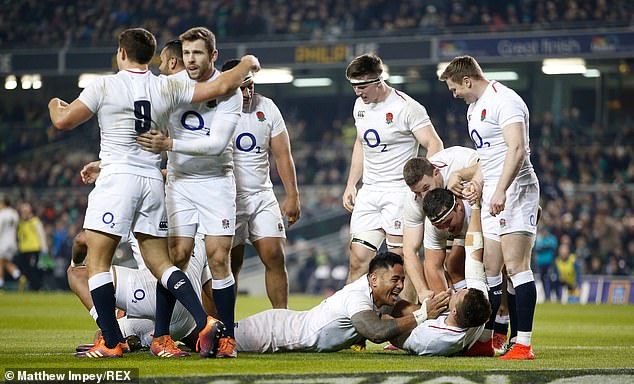 During last year’s World Cup, one of the primary reasons for England’s progress to the final was the influence of their back-row unit, which was dynamic in attack and destructive in defence.

No 8 Vunipola will once again join forces with Tom Curry and Sam Underhill and he said: ‘They’re like those Duracell bunnies — they never run out of energy.

‘They’re always smashing people or running over people. It just inspires those around them.’

Yet Ireland will have their inspirations too. The Englishman in charge of the visitors is renowned as rugby’s Mr Motivator. 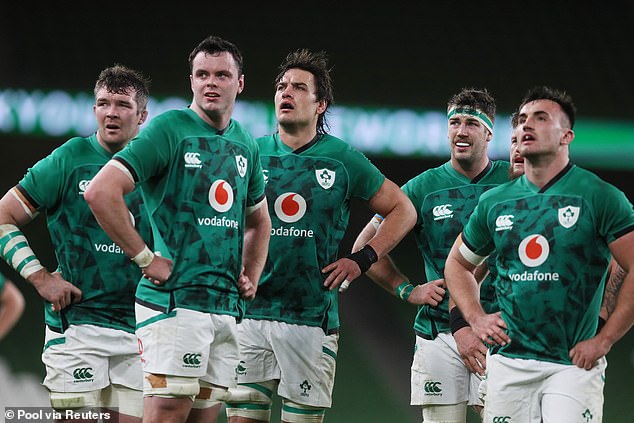 England will be aware that despite being favourites, Ireland can certainly catch them out

Vunipola has been coached by Farrell at Saracens and with England, and adds: ‘Everyone who has seen his motivational speeches with the Lions knows how pumped-up he’ll get his Irish lads.

‘We know they’re going to come out firing, so we’ve got to step up. We want Ireland to know we’re not taking this as just another game.’

Asked if Farrell makes players feel 10ft tall or demands more aggression, Vunipola added: ‘A bit of both. He knows when to pump the boys’ tyres up and when to challenge them.’

The challenge for England is to be exciting, on a day when the conditions should not undermine attempts to adopt a more liberated gameplan.

Ollie Lawrence has been retained in midfield so it would be wise to give him the ball occasionally, and also not waste the predatory presence of Jonny May. 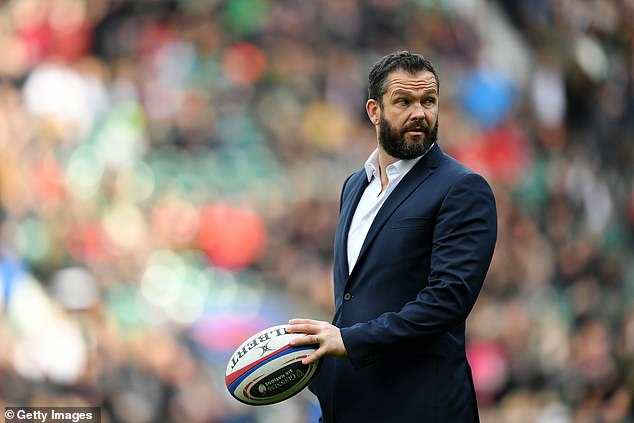 The Gloucester wing has lacked fluency and conviction in his last two outings, but that had plenty to do with lacking possession in space. At least fly-half George Ford can be dispatched from the bench to add creative impetus.

This will be tricky encounter, not least because Peter O’Mahony, Ireland’s veteran flanker, has a fine tradition of wrecking English ambitions with his lineout poaching and breakdown ferocity.

But the visitors must rely on rookie half-backs and if Jones’s men seize the initiative up front, Jamison Gibson-Park and Ross Byrne may struggle.

England should win and if they do Wales are unlikely to prevent them topping their pool to clinch a probable final with France on December 6 at Twickenham.

But the hosts will be threatened, so need to improve. Another one-dimensional performance will not suffice. 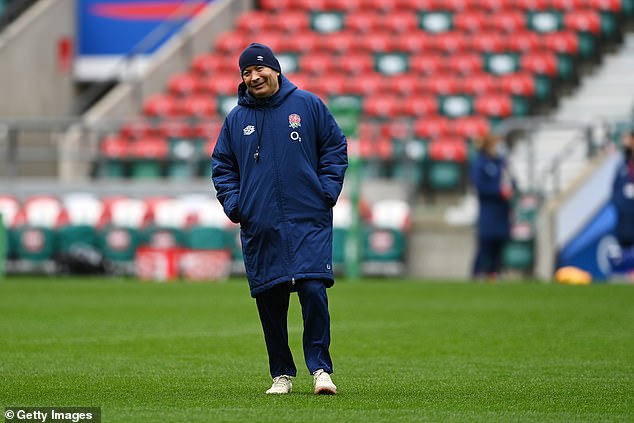 Fiji’s Covid crisis deepened on Friday with 29 confirmed cases in their squad, forcing the cancellation of Saturday’s game against Italy and next Saturday’s against Scotland.

It is hoped the Fijians might be able to play in the final round on December 5, which is likely to be against Georgia, who are set to finish bottom of England’s pool.

The best flower deals to shop for Valentine's Day 2021

'Some heroes wear Hawaiian shirts': Woman praises bartender who handed her and her friend a note...