The NHS‘s only children’s gender transition clinic is running ‘conversion therapy for gay kids’, a gay psychologist who worked there has claimed.

Dr Matt Bristow said he feared that the Tavistock and Portman NHS trust was ignoring the possibility that boys and girls who told clinicians they wanted to change their sex might simply be homosexual.

His claim has emerged in witness statements for Sonia Appleby, a psychotherapist at the clinic who is suing the trust for allegedly ostracising her after she raised concerns over the use of puberty blockers.

Miss Appleby told an employment tribunal last week that some clinicians had complained about Dr Helen Webberley, who was providing puberty blockers to under-16s through the private practice Gender GP.

The Tavistock clinic in London has been at the centre of growing controversy over its treatment of young people for suspected gender dysphoria.

The number of children wanting to change sex has rocketed in recent years, with the number of referrals to doctors for gender treatment in England among girls under 18 rising from 40 in 2009 to 1,806 in 2017.

Last year the High Court banned the use of puberty blockers on the grounds that children under 16 could not give informed consent to such treatment. The judges also called such treatment ‘experimental’.

The case was brought by Keira Bell, a teenage girl who started taking the drugs to become a boy and later regretted the treatment. An appeal against the ruling in the Bell case will be heard this week. 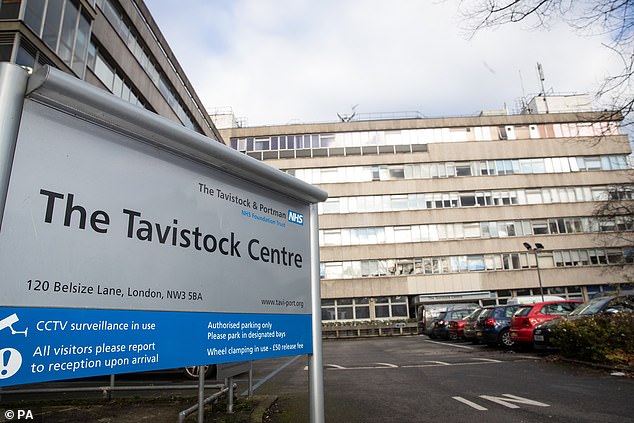 Dr Bristow said he was one of several gay members of staff at the clinic who felt concerned that patients’ homosexuality – and the possibility that gay children were saying they wanted to change sex because they were being bullied – was ignored.

He told staff at the clinic that they were doing ‘conversion therapy for gay kids’.

The Sunday Times reports that in an exit interview when he left the trust, which forms part of Miss Appleby’s legal case, Dr Bristow said he was especially concerned about gay children who were referred to the service having been bullied.

This may have motivated some to say they wanted to change sex and that Dr Bristow ‘tried hard not to let [them] get drawn into the service’.

Dr Bristow also told the clinic that gay staff felt they ‘had to keep sexuality on the agenda, as otherwise it was completely ignored as a topic’.

A spokesman for the Tavistock told the Sunday Times: ‘The trust strongly refutes the claims. It will vigorously defend its position in the employment tribunal.  The trust does not accept that it has penalised anyone for raising concerns.’

It comes as Miss Appleby sues the clinic for allegedly ostracising her after she raised concerns over a private doctor who was providing puberty blockers to under-16s.

She said that in 2016 she began to have a ‘drizzle, then a trickle, then a stream’ of concerned staffers at the trust and beyond complaining about Dr Webberley, who runs the private practice Gender GP from abroad.

In late 2017, the General Medical Council temporarily stopped Dr Webberley from working as a doctor in Britain while they conducted an investigation into a string of complaints around her work with trans patients, which came from doctors working within the NHS Gender Identity Clinics. 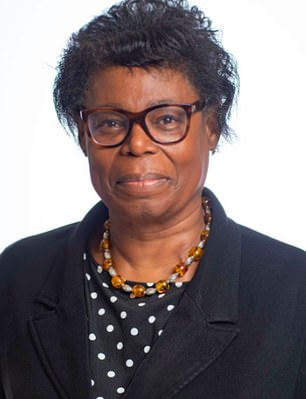 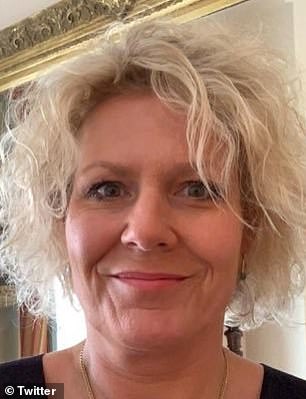 Sonia Appleby (left) claims her bosses’ actions left her unable to fulfil her role as a Named Professional for Safeguarding Children at Tavistock and Portman NHS Centre. Ms Appleby said that in 2016 she began to have a ‘drizzle, then a trickle, then a stream’ of concerned staffers at the trust and beyond complaining about Dr Helen Webberley (right) 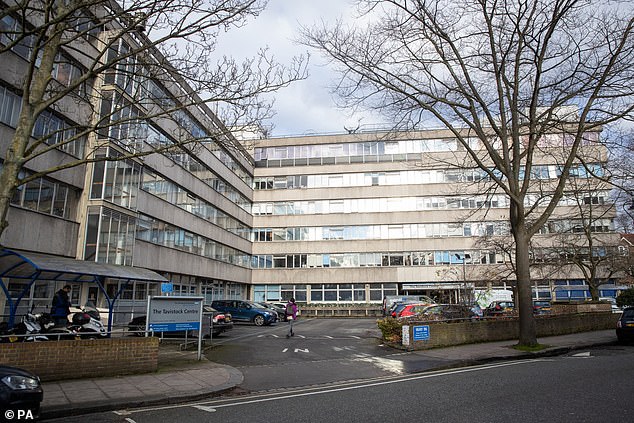 The Tavistock clinic in London has been at the centre of growing controversy over its treatment of young people for suspected gender dysphoria. The number of children wanting to change sex has rocketed in recent years, with the number of referrals to doctors for gender treatment in England among girls under 18 rising from 40 in 2009 to 1,806 in 2017

The accusations were that she was failing to follow the approach favoured by NHS doctors, which she says is a model criticised time and again ‘for being overly restrictive and even discriminatory to trans individuals’.

Ms Appleby told a remote tribunal hearing some clinicians had been worried about the work of Dr Webberley, who was ‘prescribing puberty-blocking drugs in ethically dubious practices to Gender Identity Disorder Service (GIDS) users’.

She added: ‘Dr Webberley was a private GP who was prescribing puberty blockers and also to the best of my knowledge cross-sex hormones to patients at GIDS – these were children who were identified as being on the waiting list.’

Ms Appleby, who is still employed by the trust, said she raised concerns with children’s mental health services, GPs, and parents to remove their patients from Dr Webberley’s care.

She said she was ostracised by NHS bosses after she raised health and safety concerns about the use of puberty blockers in October 2017, and claims staff were told she had an ‘agenda’.

In her witness statement to the tribunal, Ms Appleby said: ‘The problem for GIDS was that some children and young service users were turning to Dr Webberley whilst under GIDS care, but clinicians did not have a procedural reference as to how to manage private clinicians prescribing in such circumstances.

‘This was an immediate and alarming safeguarding risk and should have been dealt with immediately but was not.’

She added while giving live evidence via videolink: ‘This was not the first time I cared about what the Gender Identity Disorder Service was doing.

‘Staff were highlighting a particular problem, Dr Webberley, and it seemed to me there was a problem for staff to think about. This was a problem that was predictable given the services provided by GIDS.

‘At first it was a drizzle, and then it became much of a trickle, and then a stream of people concerned about Dr Webberley.’

While there is a lack of long-term data, the Endocrine Society said puberty blocking drugs stunting growth was a myth after finding hormone treatment to halt puberty in adolescents with gender identity disorder does not cause lasting harm to their bones.

Professor Simona Giordano, director of medical ethics at the University of Manchester, has also said there is nothing unethical about puberty blockers.

Graham: Dems' voting bill is 'biggest power grab' in US history, will not support Manchin compromise