Geoff Dwight, the rock star’s 54-year-old estranged sibling who leads an alternative lifestyle making yurts and harps in the Vale of Clwyd, is accused of organising an event attended by more than 30 people in Denbighshire, north-east Wales, on August 29.

Prosecutors allege the event was attended by more than 200 people, with police bodycam footage to prove it – and that such an event was illegal under Welsh public health regulations introduced by the Government during the coronavirus pandemic.

Appearing at Llandudno magistrates today, Dwight and his partner Karen Webb, 58, both denied involvement in organising the event. If they are found guilty of the offence, they could each face a potentially unlimited fine under Covid-19 regulations. 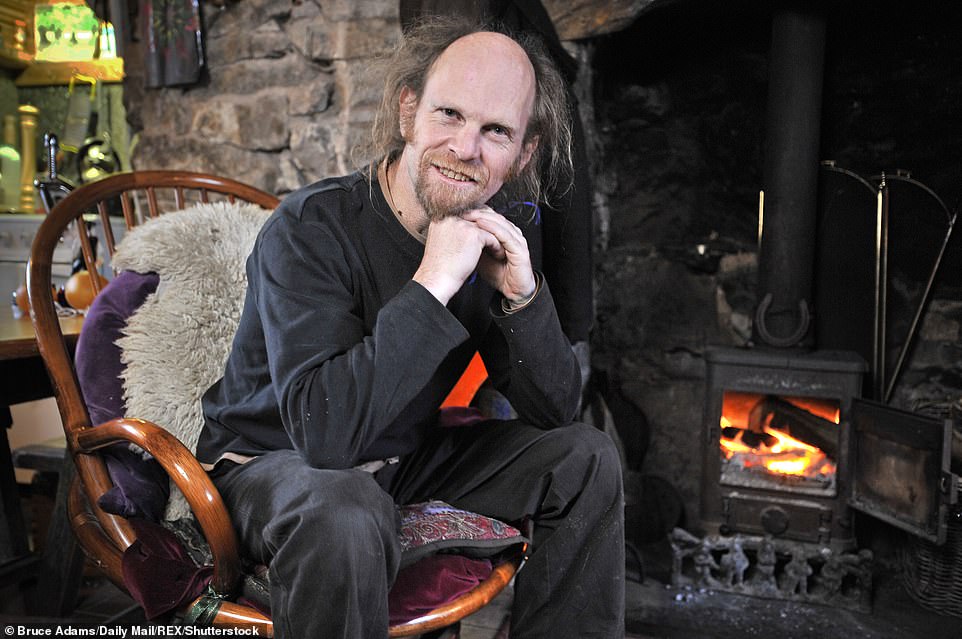 Geoff Dwight, 54, is accused of organising an event attended by more than 30 people in Denbighshire on August 29 last year in breach of Welsh coronavirus regulations 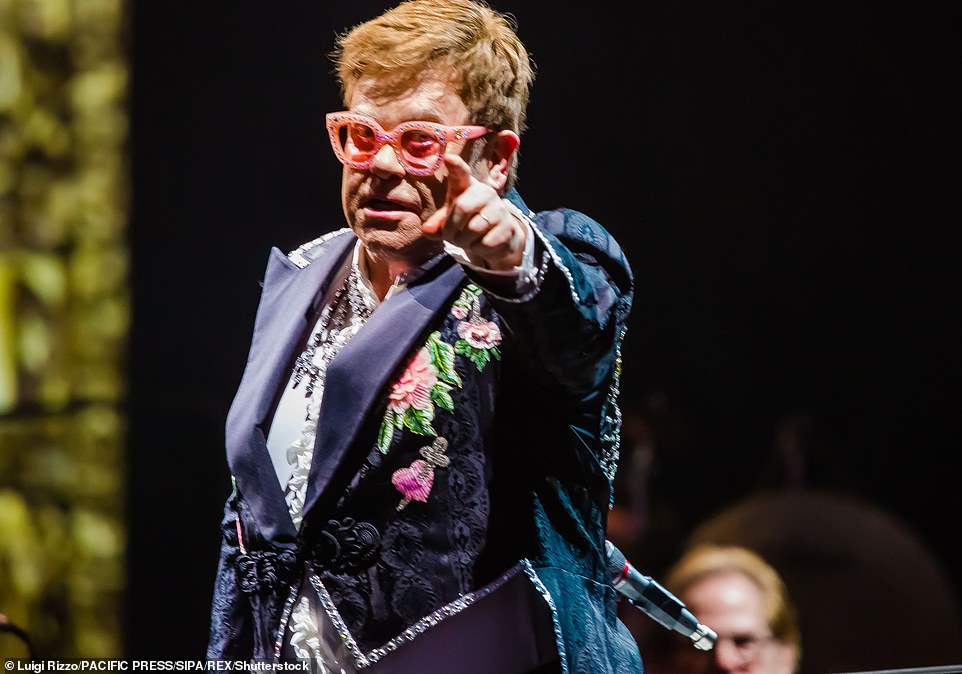 Mr Fitzgerald told the court that the event was advertised on Facebook but then cancelled, and that Webb took no further part in organising it. Her profile shows an interest in ‘psytrance’ music and says in one message on social media: ‘We never breached the rules.’

Sir Elton’s half-brother has barely been in contact with the singer and last summer questioned the portrayal of their father Stanley Dwight in the movie Rocketman.

Claiming the musical film rewrote history, Rocketman – which received a four-minute standing ovation at the Cannes Film Festival – depicts Stanley as cold and scornful of his son’s talents.

In the film, Stanley questions whether a young Sir Elton is good enough for a scholarship at the Royal Academy of Music and scolds him for practising his piano scales. 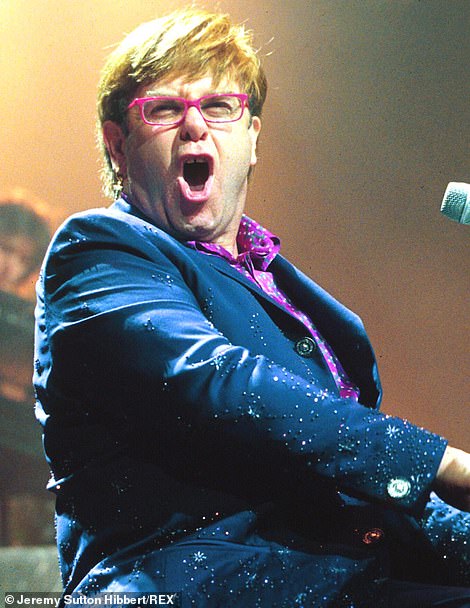 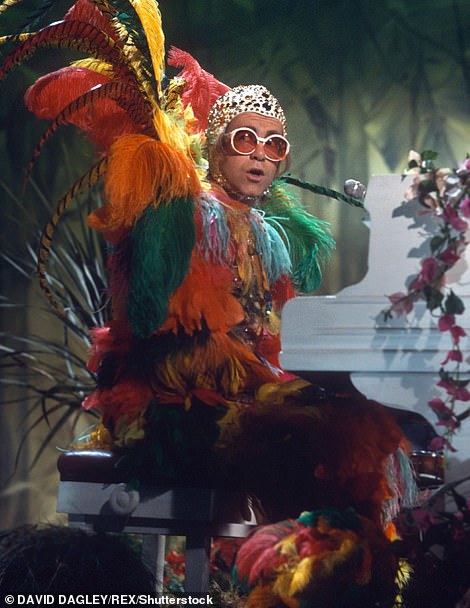 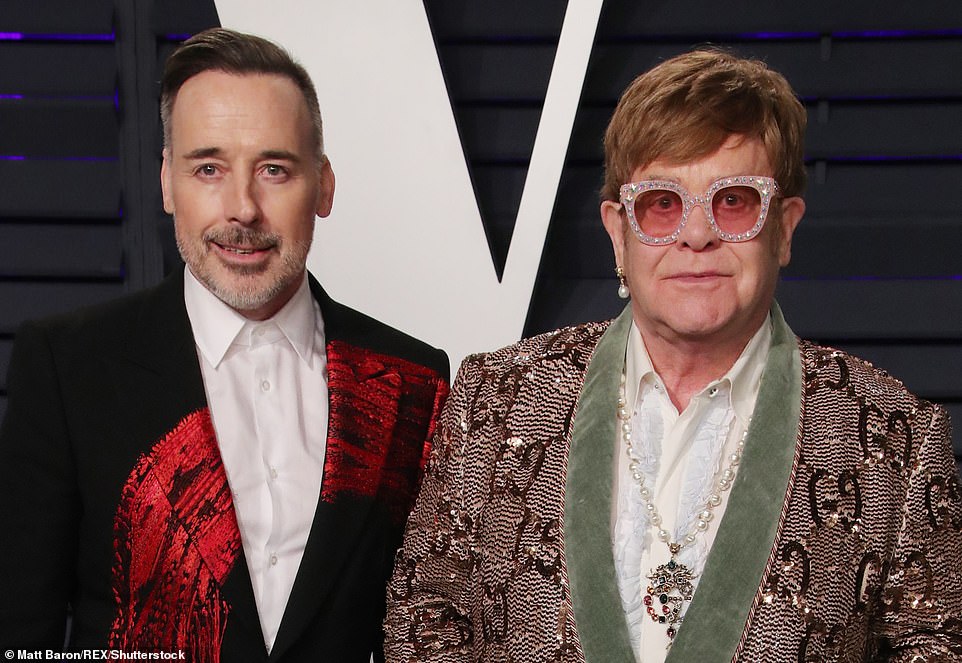 But hitting out at the portrayal of Stanley last summer, Dwight, one of Stanley’s four younger sons by his second marriage, said: ‘That’s not the Dad I remember.

‘Dad had a big heart and he loved us all equally. He was incredibly proud of Elton and everything that he achieved.’

He added: ‘This coldness, it’s a million miles away from what Dad was like.

‘He was a product of a time when men didn’t go around hugging each other and showing their feelings every minute of every day, but he had plenty of love in him for all of us.

‘As a kid, my memories of Dad are of him laughing and larking around. If one of us was upset, he’d do something silly like pretend to be a chimpanzee or he’d start tickling us.’

The makers of Rocketman called the film a ‘fantasy musical’. Stanley died in 1991.

Sir Elton was born Reginald Dwight and took on his new name in 1972.

Earlier this year the Rocketman took part in an NHS video alongside actor Sir Michael Caine encouraging people to be vaccinated against Covid-19.

Statements by the Lebanese artist Ragheb Alama caused an uproar on the communication platforms, after he expressed his pride in belonging to the UAE and his pride in...

Up to now, most of the discussions on reviving the deal had been held in Vienna, Austria; they’ve stalled since March. Iran, meanwhile, has advanced its nuclear program...

HONG KONG (AP) — Each and every several generations, Hong Kong transforms itself, evolving from a swampy fishing village to 19th century colonial port, to capitalist outpost and...