Cupping suction.. the latest way to give the corona vaccine and achieve better immunity

A new study from the American Rutgers University revealed that the suction technique used in Corona vaccines may help develop greater levels of antibodies, and provide greater protection than traditional needles, and the suction technique is a new type of vaccination against viruses that depends on cupping, and it is an old method of treatment in which it is carried out. Placing hot cups on the skin for a few minutes to produce suction after an injection CoronaWhat stimulates the body to produce higher antibodies, according to the websitethe conversation “.

According to the researchers, the use of suction on the skin immediately after receiving the vaccine would put pressure on the skin, forcing the cells to absorb the vaccine on their own, the study published in the journal indicated. Science Advances, suggests that the aspiration vaccine is easier and less expensive to make, and can be distributed more widely than current vaccines.

The study found that the suction method can increase the levels of protection provided by corona vaccines.

Suctioning the Corona vaccine may provide better protection than needles

Conventional vaccines are not automatically absorbed by cells when injected into the arm, and some even break down before they reach the cells, allowing the body to develop an immune response.

For the study, researchers tested a new type of virus immunization based on cupping, an ancient method of treatment in which special heated cups are placed on the skin for a few minutes to produce suction after an injection. CoronaThey discovered that when rodents were given the vaccine via aspiration, antibody levels were millions of times higher than when they were given the vaccine by injection. 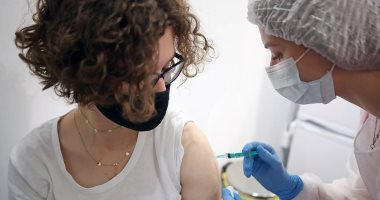 Dr Hao Lin, professor in the Department of Mechanical and Aerospace Engineering at Rutgers, said: ‘This suction-based technology is performed by applying moderate negative pressure to the skin following DNA injection in a completely non-invasive manner. highly developed for both laboratory and clinical applications of DNA-based therapies and vaccines.”

There is a sweet need.. “Rami” made a pharmacy for good to reduce the costs of treatment for the needy