The British newspaper, Daily Mail, highlighted an Egyptian study, confirming the use of mouthwash every morning may help protect you from corona, which has been common since the beginning of the Corona pandemic.

And Egyptian researchers from Cairo University found, according to the newspaper report, that people with poor oral health were more likely to develop severe symptoms if they contracted the virus.

This study is the latest in a long series of studies that have linked poor oral hygiene to the risk of infection with corona, prompting the public to take better care of their teeth.

The scientists who conducted the study claimed that the mouth may act as a reservoir for the virus, allowing patients with a higher viral load — particles that circulate through the body. Typically, the more virus a person has, the more likely they are to become severely ill.

Usually, the Corona virus enters through the throat or nose, where it multiplies and makes its way through the respiratory system to the lungs, but some experts have speculated that the virus may spread in the blood after infection of the gums.

Cairo University experts tested a group of 86 patients with corona with heart disease, and doctors evaluated the patients’ oral hygiene and the severity of their symptoms.

An Egyptian study on mouthwash

The results showed that patients with better oral hygiene had milder symptoms and less inflammation in their bodies when infected with the virus, and they recovered faster, according to the researchers, who have not yet published their full results.

He added that other good oral health habits such as brushing teeth and regular dental visits “prevent or reduce the severity of corona.” 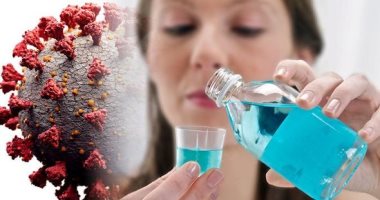 And Dr. Bassoni added: “Oral tissues can act as a reservoir for the Corona virus, which leads to the emergence of a high viral load in the oral cavity, so we recommended maintaining oral health and improving oral hygiene measures, especially during infection with Corona, and the study was presented at the meeting of the American College For Middle East Heart Disease 2021, researchers did not speculate why poor oral hygiene might lead to a more severe episode of the disease.

But dozens of studies have shown that people who have good oral hygiene generally take better care of themselves, and are generally healthier. This latest study isn’t the first to find a claim that mouthwash can help people avoid getting an infection. Covid Serious. 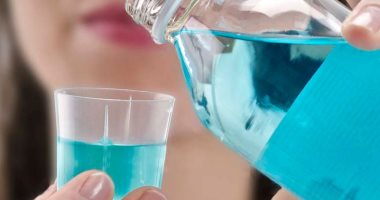 Experts believe that substances in mouthwash disrupt the lipid membrane surrounding the virus, hindering its ability to infect people.

Last November, researchers from Cardiff University in the UK found that mouthwashes containing cyperidinium chloride killed the virus within 30 seconds. However, the importance of these studies was played down by both the World Health Organization and mouthwash manufacturers such as Listerine.

Goodbye surgery..Treatment of head and neck tumors with multi-intensity radiotherapy