His fundraising efforts inspired a nation at its darkest time in more than half a century.

By walking 100 laps of his garden ahead of his 100th birthday, Captain Sir Tom Moore raised more than £32million to help the NHS face down the first wave of coronavirus.

On what would have been Captain Sir Tom Moore’s 101st birthday yesterday, celebrities and ordinary people took part in a charity challenge themed around the number 100.

Among them was Dame Judi Dench with a chocoholic’s take – munching her way through 100 Maltesers.

In a video shared on Sir Tom’s official Twitter account yesterday, the Oscar winner is shown sitting in a garden in front of a bowl of her favourite chocolates. 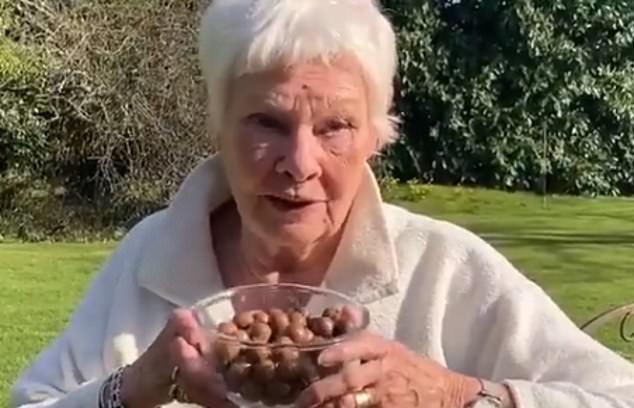 ‘Last year, Captain Tom inspired us all by doing 100 lengths of his lawn and raising a huge amount of money,’ the 86-year-old said.

‘Now I am completely inspired by him, and I’ve decided to do it.

‘Only I’m going to eat Maltesers. Lovely. My fave.’ However her stamina appeared to flag later in the sweet-toothed challenge with a second clip showing her spattered with chocolate as she hammed up the task of getting through them all.

Thousands of people are taking part in their own challenges to benefit the charity of their choice over the Bank Holiday, using #CaptainTom100 when sharing them online.

Celebrities who have pledged to take part include David Beckham aiming to do 100 keepy-uppies and Mary Berry baking 100 cakes.

McLaren F1 drivers Lando Norris and Daniel Ricciardo said they would be doing 100 ‘check-ins’ with friends and family over the weekend in support of mental health charity Mind. 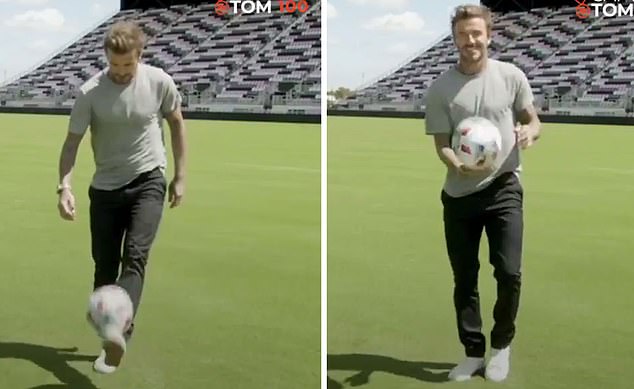 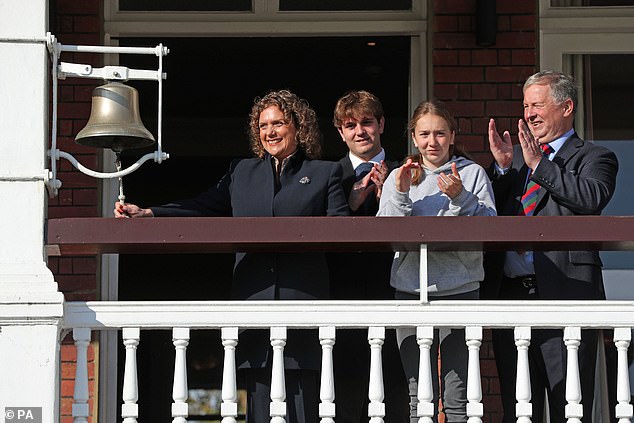 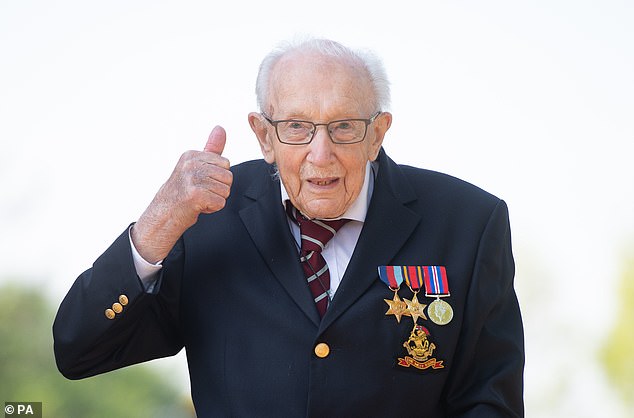 Benjie, 17, said of his grandfather, who died in February: ‘He will be looking down and thinking ‘what a pleasure for our family to be here’.’

The bell is rung before the start of play at the ground – Sir Tom was a huge fan of the sport.

She told BBC Breakfast: ‘It’s really hard not to get emotional because he would have loved to have done this.

‘We talked about it and he was really, really looking forward to it.’ His grandson Benjie, 17, said: ‘I would have loved to have experienced this with him, but I think he will be looking down and he will be thinking what a pleasure for our family to be here.’

Bobby Sands: The hunger strike that changed the course of N Ireland's conflict