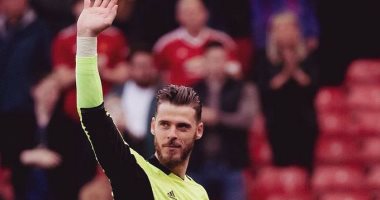 Spanish goalkeeper David de Gea was the hero of the West Ham United and Manchester United match, which was hosted by the (London Olympic Stadium) today, Sunday, in the fifth round of the English Premier League “Premier League” and ended with the victory of the “Red Devils” with two goals to one.

Said Benrahma advanced to the hosts, but Cristiano Ronaldo equalized the ball for United. In the 90s, Jesse Lingard scored United’s second goal.

In the last gasp of the match, the referee awarded a penalty kick in favor of West Ham after the VAR technology intervened to verify that the ball had hit Luke Shaw’s hand, but De Gea brilliantly saved it to achieve three important points for his team that made him adjacent to Chelsea and Liverpool at the top of the Premier League standings.

De Gea saved a penalty after 5 years, which made his Norwegian coach Ole Gunnar Solskjaer enter the field to congratulate him, like his colleagues who hugged him to celebrate his wonderful save.


Coach David Moyes made a substitution at the end of the match, where Mark Noble, who scored his last 10 penalties, entered the penalty kick, but De Gea was on the lookout for it.

De Gea failed to save any penalty in his last 40 shots, and the last penalty he saved was five years ago against Romelu Lukaku.

Manchester United entered today’s match after a bitter loss against Swiss Young Boys with two goals in the first round of the Champions League group stage, and Lingard was the reason for the loss of the “Red Devils” in that match, as he passed a wrong ball in the last moments that resulted in the second goal of Young Boys.

Lingard sat on the bench of the West Ham match, but he was the owner of United’s victory goal in the match after entering as a substitute.

Does standing help increase your body's sensitivity to insulin and improve its function?