‘Our role is to try to create history for the club’: Dean Smith insists Aston Villa have record fifth straight win in their sights at the beginning of season as they gear up for Leeds clash

By Tom Collomosse and Craig Hope for the Daily Mail

Dean Smith challenged his Aston Villa players to become history-makers as they close in on top spot in the Premier League.

Villa have never won the first five games of a league campaign in their 146-year history and even if they fall short, a draw against Leeds United on Friday will be enough to take them top of the table heading into the weekend fixtures after winning their opening four league matches – Villa’s best start since 1930.

Villa did not pass the 12-point mark until the 13th game of last season, when they avoided relegation by a single point thanks to a draw at West Ham on the final day. 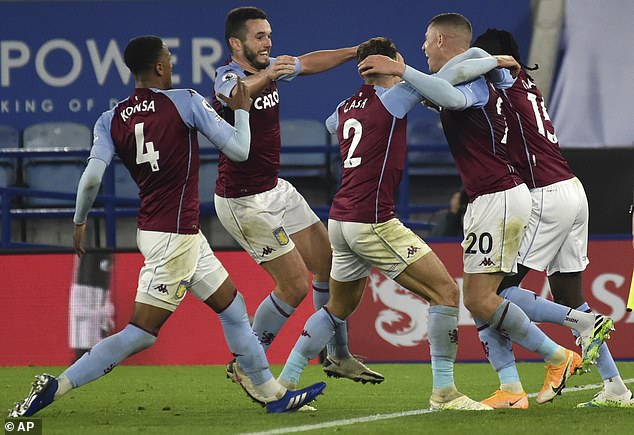 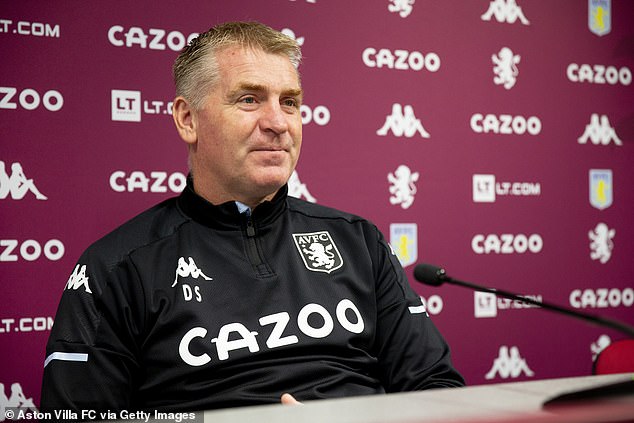 Dean Smith’s side have enjoyed a brilliant start to the season, winning their first four matches

‘Our role as head coach and players is to try to create history for the club,’ Smith said. ‘Everybody will always look at what the club has done before.

‘Now we’ve had a good start and it’s the first time since 1930 that we’ve won the first four games. We’ll look to continue trying to make history as it means you’re having successful times.’

Smith was hopeful Ross Barkley would be fit to play despite a sore knee. The on-loan Chelsea midfielder, who scored the only goal at Leicester last Sunday, missed training for much of last week and wore an ice pack after the match. 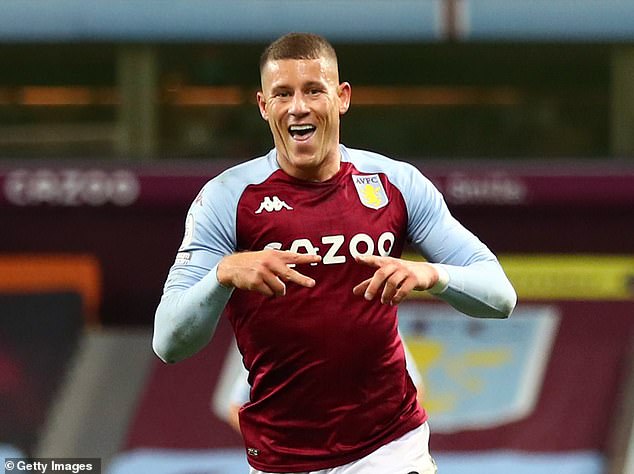 The last time these sides met Marcelo Bielsa instructed his players to let Villa equalise after Leeds scored while an opposition player was down injured.

The gesture – which came during a 1-1 draw in the Championship – saw Bielsa and Leeds pick up the FIFA Fair Play Award.

And the Argentine says he would do the same again.

‘We would do what corresponds in the situation, the result is not important, it means you are only doing things for your benefit rather than what is right,’ he said. 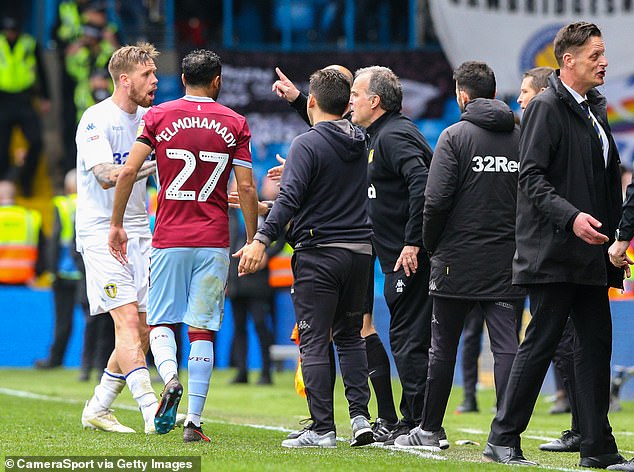 ‘The decision that was recognised by FIFA represents the whole group which I am a part of, I’m referring to the club, the players, the technical staff, and in one way or another we interpreted that the goal we scored was unfair, so we did what was necessary to resolve the situation.

‘I was very happy that FIFA recognised this gesture. I also consider that what we did was something that had to be done.

‘This is the kind of conduct we wish to follow independent of whether we win or we lose.’

4 Underdogs of DeFi that you might want to consider

MARTIN SAMUEL: Diego Maradona was the people’s footballer whose genius will outlive his notoriety