A pet owner was left bruised after two masked thieves tackled her to the ground and snatched her sausage dog.

Joanna Fox, 50, was walking her two-year-old dachshund Minnie near the village of Woodville, Derbyshire, when she was approached by two men.

One man knocked her over and grabbed Minnie while the other held his fist to her face at about 8.20pm on Sunday. 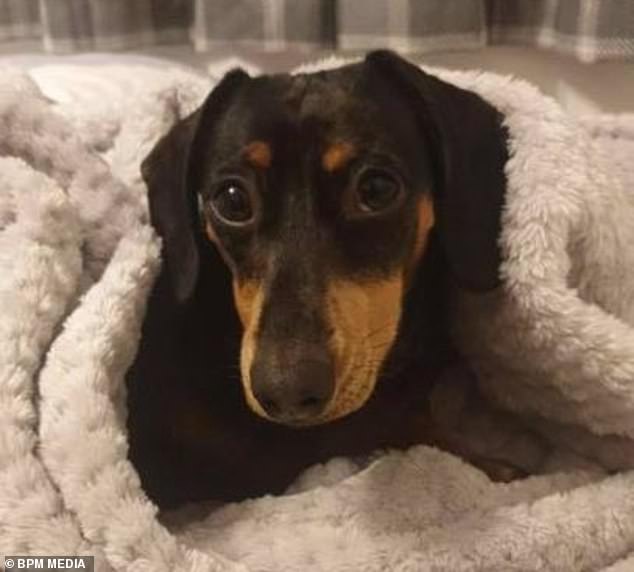 Two-year-old sausage dog Minnie (pictured) was stolen by two men while out on a walk with her owner in Woodville, Derbyshire, on Sunday

Ms Fox said: ‘A man who was masked pushed me and I fell on the ground. The tall man was yanking the lead and the short one was hovering above me as if to hit my face.

‘All I want is the dog to come back. I just feel broken, I feel lost.’

Her son James, a mechanical engineer, said that one man tackled his mother to the ground and left her lying on the pavement, while another snatched the dog lead out of her hand.

He said as the pair stole the dog, they lifted her up in air by the lead, strangling her.

Mr Fox, who has now set up an appeal to find Minnie, said his mother could hear her beloved pet ‘crying’ as she was thrown into a black Ford Mondeo, which had a registration plate beginning YG60.

He said: ‘She had been walking near the roundabout and she said someone jumped on her from behind and tackled her to the ground.  Then another man snatched the lead from her hand and picked up Minnie in the air by her lead. She was being strangled. 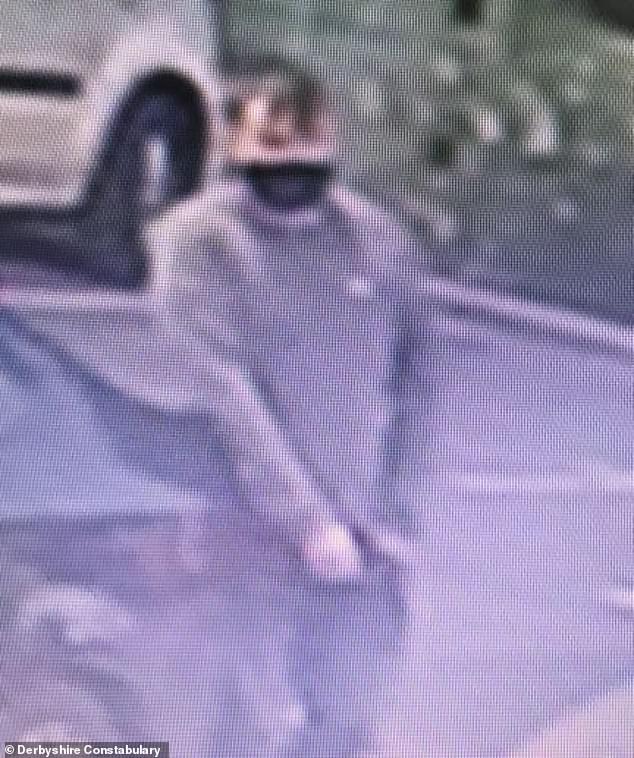 ‘Mum is really shook up. We are massive pet lovers and the dog means more than anything to us. Mum is a bit scuffed and bruised. We are just mortified and heartbroken.

‘Minnie had a litter about a year ago and she has been spayed now and has a chip. We only live around the corner from where it happened.’

Mr Fox also said that on top of the two men who attacked his mother and stole Minnie, a third individual had been driving the Ford Mondeo.

He said: ‘My mum wouldn’t usually walk that route, so they were just driving around the area looking for victims when they found the perfect opportunity.

“They saw my mum and the dog and decided to attack them.

“She is physically and mentally hurting.

“She has cuts and bruises on her neck and wrists.

“She wants the dog back more than anything and we won’t stop until we find her.”

Mr Fox added that it was one of the first times timid Minnie had been outside since December when she was spooked by fireworks and that the crime had occurred during April, which is the anniversary of the death of his brother. 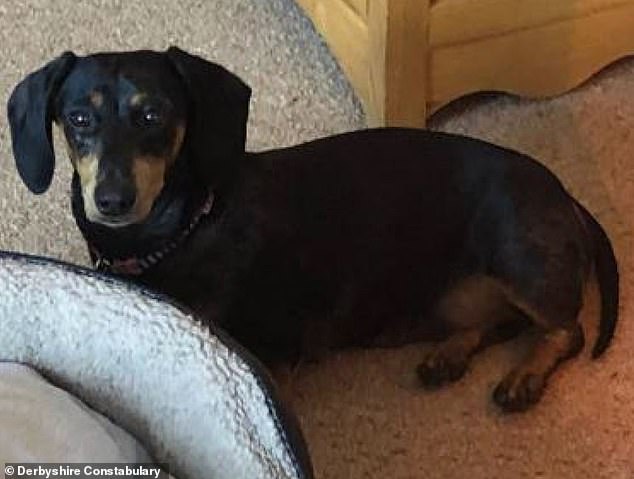 The victim’s son James Fox said that one man tackled his mum to the ground and left her lying on the pavement, while another snatched the dog lead out of her hand. Minnie (pictured) was thrown into a black Ford Mondeo before the men drove off

He said: ‘She has only just rebuilt her confidence and then this happens. She is such a lovely dog.’

Mr Fox said that he has heard of other Dachshunds selling for between £2,000 and £3,000 and believes the dog has been stolen so the thieves can claim the reward.

Police released an appeal yesterday for information relating to the dog theft, describing the two men involved as being aged in their 30s, with one of the men being white, of a stocky build and with short fair hair.

Also of interest to detectives are any drivers who were in an Asda filling station in Woodville between 8.10pm and 8.15pm where officers believe the car was sighted shortly after the incident.

Inspector Chris Thornhill, who leads the policing in south Derbyshire, said: ‘Incidents such as this are, thankfully, very rare in Derbyshire. However, I am very aware of the impact that these crimes have on victims and how worried fellow dog owners will be hearing this news. 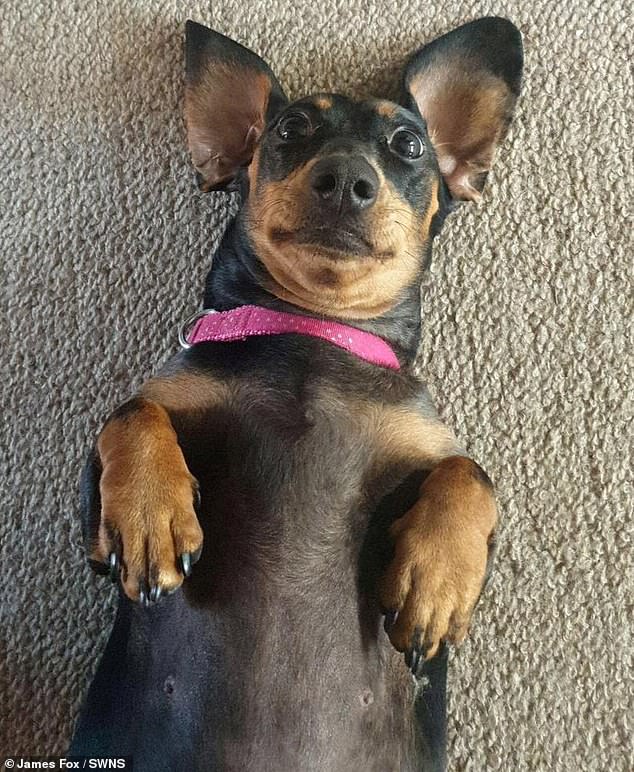 Mr Fox also said that on top of the two men who attacked his mother and stole Minnie, a third individual had been driving the Ford Mondeo

‘Patrols have been stepped up in the area and you may see an increased police presence in the coming days. I would urge anyone with information, or concerns, to speak to them.’

Anyone with information is urged to contact police on 101 and quoting reference 21*198495 in any correspondence.

Information can also be provided to Crimestoppers anonymously on 0800 555111.

It comes amid a rise in dog-nappings across the UK.

A thief  stole a miniature dachshund on March 14 from a home in Burton after telling the owner he only wanted to show the sausage dog to his children – but never returned.

A month before, on February 10, eight miniature wire-haired dachshunds were stolen by thieves who raided a house in Acresford. Two of the pedigree show dogs were later located but six remain missing.

A man walking his collie dog in Derbyshire also told how two men posing as RSPCA officials asked to check his dog in the back of their van.

After challenging the pair, they drove off.