Drunk make-up artist, 27, fined for attacking police officers who were defending her from an assault

A drunk make-up artist attacked three police officers, clawing one of the cops’ faces with her fingernails, as they defended her from a violent assault.

Tasmine Kemp, 27, lashed out when her partner was arrested for shoving her into a shop window and threatening to hit her during an argument on a night out.

The three officers had gone to help Kemp after they saw her being attacked by her partner in Worcester city centre at 11.50pm on February 5.

The mother-of-two, who works as a make-up and special effects artist, clawed one officer’s face, slapped another and tried to headbutt the third. 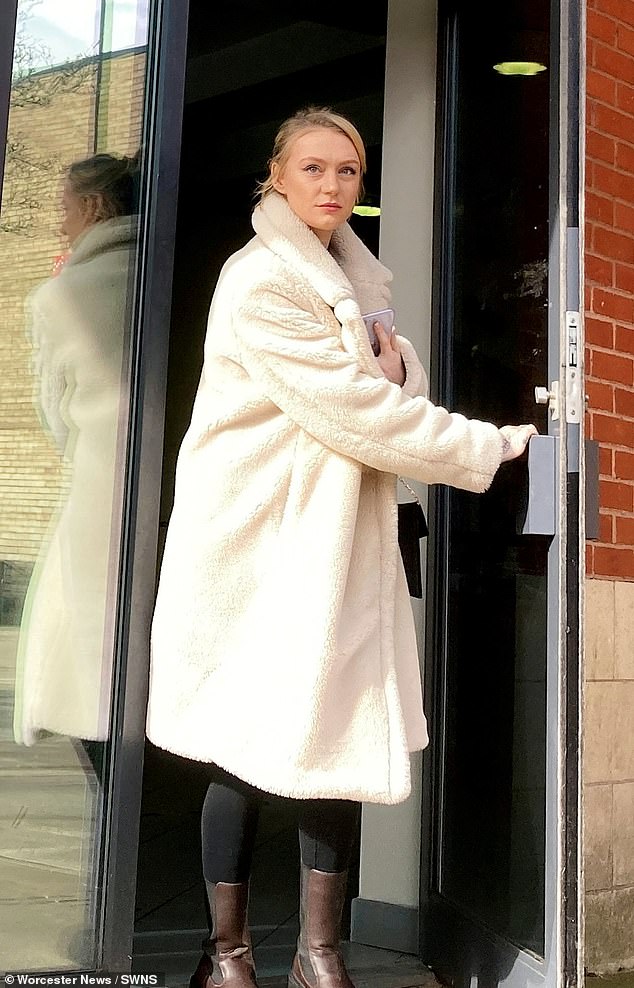 Tasmine Kemp (pictured outside Worcester Magistrates’ Court), 27, admitted assaulting three police officers, clawing one in the face, when they intervened in an argument between her and her partner on a night out in Worcester 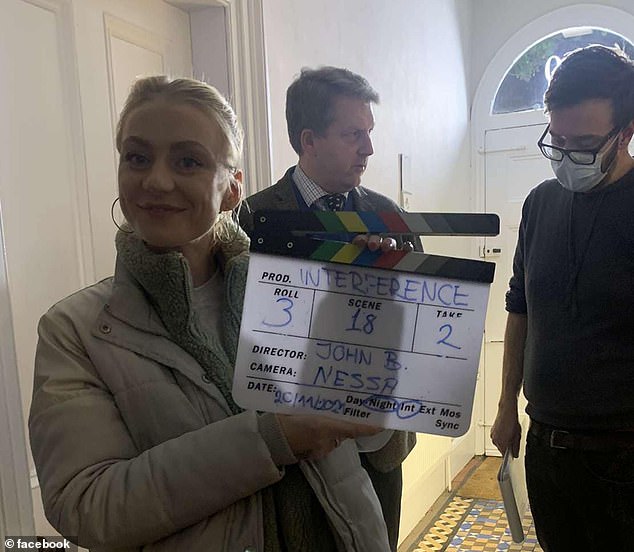 The make-up and special effects artist, who has worked on short films, was ordered to pay nearly £600 for her assault and given an electronic tag for a curfew

After she turned on the two female officers and one male officer, she was arrested and admitted three assaults on emergency workers.

On Friday, March 11, she was handed a 12-month community order, ordered to do 120 hours of unpaid work and given an electronic tag and a 7pm-7am curfew.

She was also ordered to pay the officers a total of £300 in compensation, told to pay £185 court costs and a £95 victim surcharge.

Prosecutor Eleanor Peart said officers had been dealing with a separate incident when they saw an argument between Kemp and her partner.

Miss Peart said: ‘They witnessed him pushing her against a shop window.

‘The man was heard by an officer to say: “I’m going to punch you in a minute!” Police had concern for the defendant’s welfare and PC Ryan took hold of the man.

‘This was when the defendant started screaming at officers to get off him. She was very irate. The officer found this irrational as he was protecting her from this man.

‘Without warning the defendant hit out with her right hand purposefully to claw at his face, causing him instant pain.

‘She had drawn blood which was dripping down onto his uniform.’ 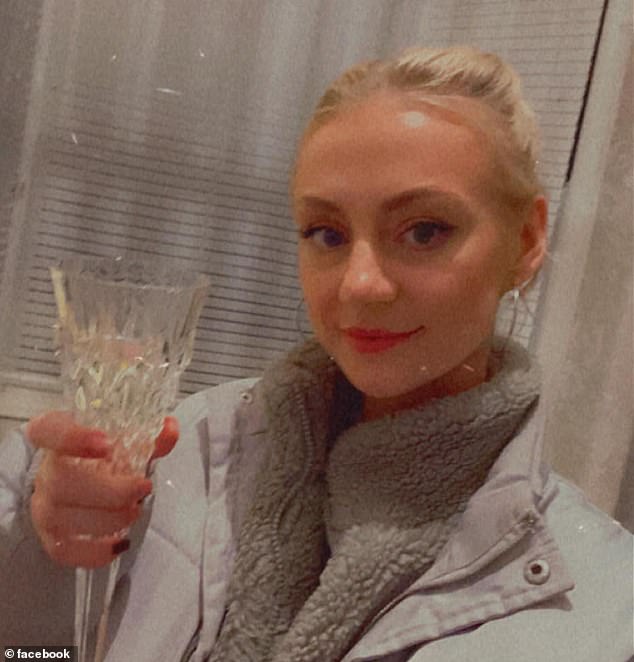 Kemp became aggravated on a night out with her partner when police intervened while they were arguing, at the time she felt she did not need police assistance 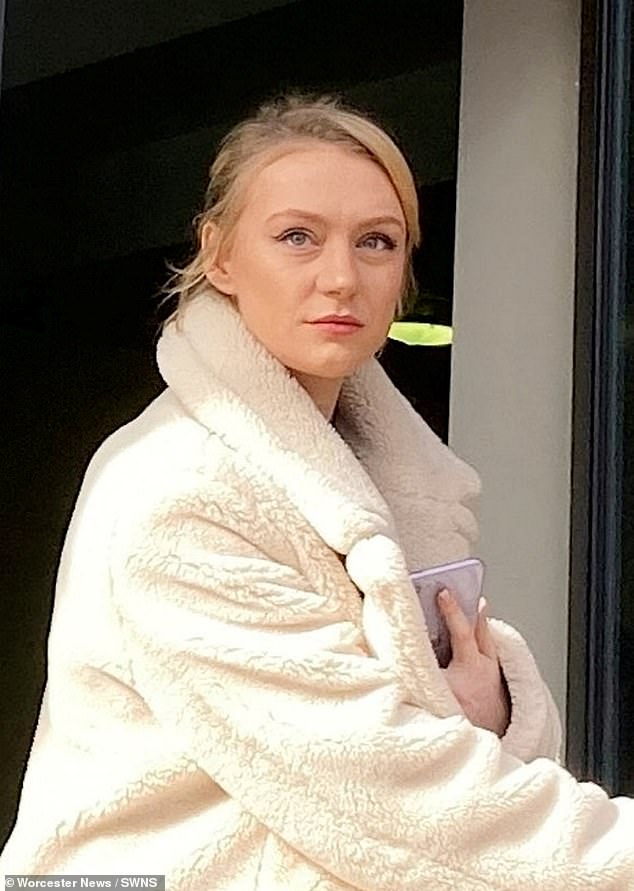 The drunk mum (pictured outside Worcester Magistrates’ Court) attacked three police officers, clawing the face of one until she drew blood before slapping a second and trying to headbutt a third

Miss Peart said another officer was ‘trying to control the defendant’ when Kemp slapped her across the left-hand side of her face, ‘causing pain and sensitivity to her teeth but no injury’.

While being searched, Kemp ‘launched forward with an extremely forceful headbutting movement’ at a third officer who dodged to avoid being hit.

‘She [the officer] said it would have caused significant injury if it had connected’ said Miss Peart.

The court heard Kemp had previous convictions including for common assault from August last year.

She said: ‘They had a fairly pleasant evening together and there was a very stupid argument between them that got out of hand and somebody asked police to go and assist.’ 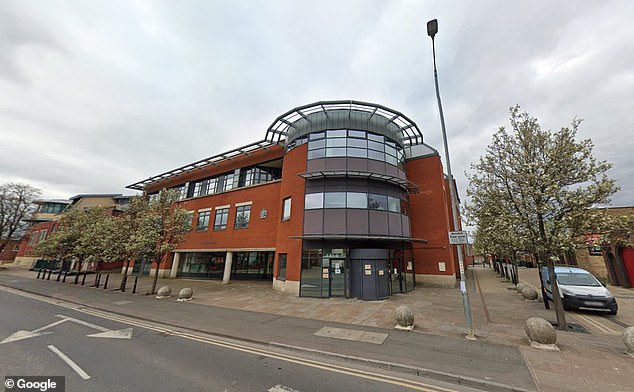 ‘She was very surprised when her partner was arrested. He was carried off. She simply just lost her head.

‘Too much drink had caused her judgement to fail and lash out at the first officer, causing scratches to the face.’

Mrs Ariss added Kemp had worked as a special effects make-up artist for a short film being shown at Vue cinema in Worcester.

‘She is extremely sorry. She does have previous convictions – the majority of when she was a youth.’