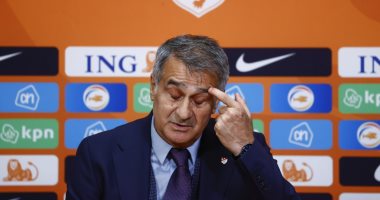 The Turkish Football Association announced today, Friday, the departure of Şenol GunishOn the training of the Turkish national team, by mutual consent, after the resounding loss against the Netherlands, 6-1, last Tuesday in the European qualifiers for the 2022 World Cup.

The Turkish Federation said in a statement on its official website: “After consultations with the coach of our national team, Şenol Gunes, we decided, by mutual consent, to terminate the contract.“.

Turkey drew 2-2 at home against Montenegro, beat Gibraltar 3-0, before losing to the Netherlands by half a dozen goals, during the last international break.

Turkey fell to third place in Group G of the European qualifiers for the 2022 World Cup, with 11 points, while the Netherlands team leads with 13 points, with a goal difference from the second-placed Norway team.

The 69-year-old Güneş was criticized for poor results in the European Championship “Euro 2020:”, which was held this summer, when the Turkish team exited the tournament from the group stage, after losing all three matches it played.

Güneş led the Turkish national team in 82 matches, winning 38 matches and drawing one In 23 games and lost in 21.

Turkey will play two matches during the next pause, next October, in the 2022 World Cup qualifiers, against Norway and Latvia.