A couple are willing to remortgage their house after getting a staggering £20,000 bill to save their cockapoo called Cooper after he was savaged by a bull terrier.

Six-year-old Cooper’s neck was ripped open, his jaw was severed and he faces the prospect of being castrated due to his massive groin injuries, said distraught owner Nikki Powell.

Ms Powell said: ‘At the end of the day, Cooper’s our family. Me and my husband have both been married before and had children before but don’t have any children together so he really is our baby. 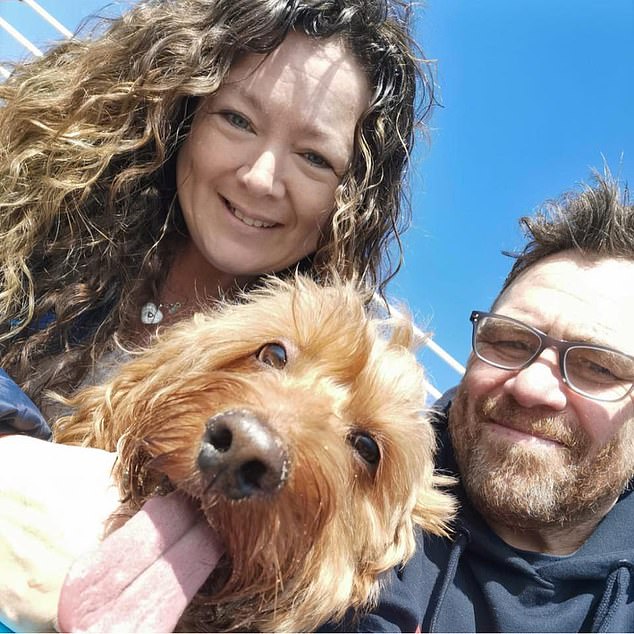 Nikki Powell, left, and her husband David, right, face having to remortgage their home after their dog Cooper, centre, was savaged by a bull terrier 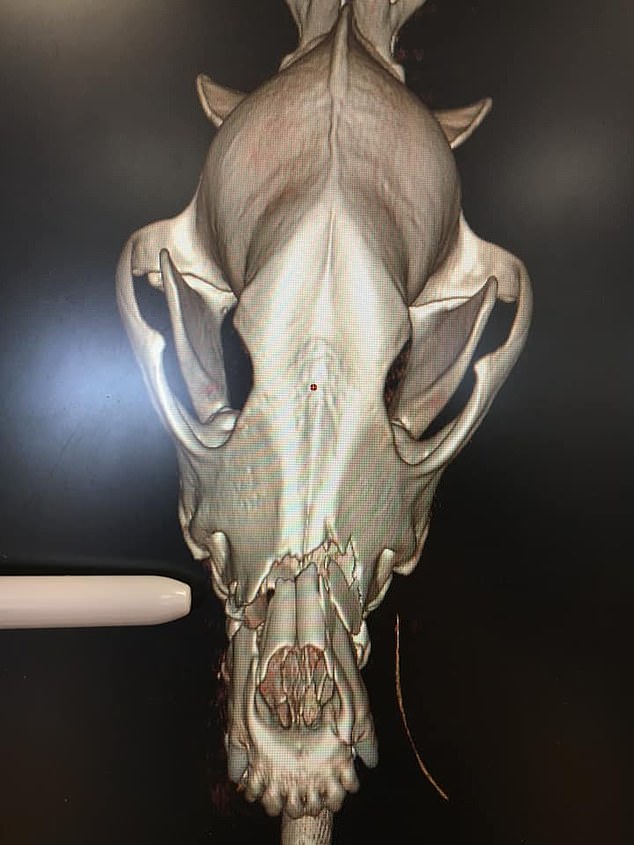 Cooper suffered massive injuries when he was set upon by the larger dog near  his home in Ebbw Vale, South Wales. Vets used this x-ray to diagnose the massive break in Cooper’s jaw 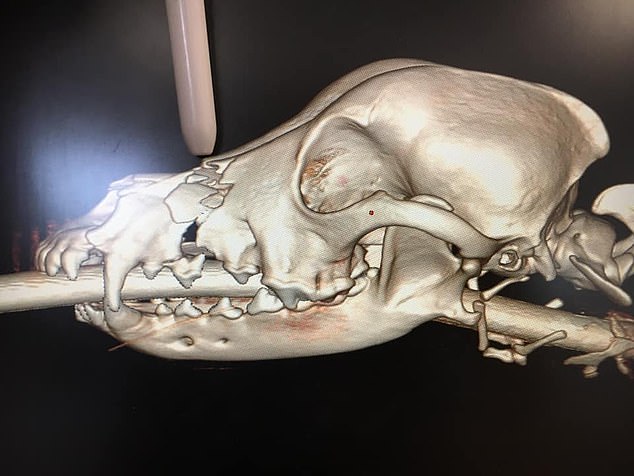 Cooper had to be rushed to a specialist veterinary hospital more than 80 miles away for emergency treatment, including this X-ray image of his horrific injuries

‘We made a decision that as long as Cooper had a fighting chance it didn’t matter what the cost implications were, we would find the additional money even if it meant re-mortgaging the house.’

Despite having pet insurance, and paying upwards of £65 a month, Ms Powell and husband David James, of Brynmawr, Ebbw Vale, South Wales, found the policy only covers the first £7,000 of the treatment.

The treatment so far has exceeded the policy limit and Ms Powell has been warned that the final total could exceed £20,000.

A friend has set up a GoFundMe page for the family which has elicited donations of more than £4,500 from across the globe.

Ms Powell said: ‘We were completely blown away. We sat there in floods of tears reading all the messages of support. We were humbled and overwhelmed by everyone’s compassion and goodwill.

‘During these hard times when money is scarce for so many, to see such generosity and kindness is astounding. We can never ever thank everyone enough. We can’t even wrap our heads around it – it really has restored our faith in humanity.

‘By the time we got home from the hospital, completely unbeknown to us, we had hundreds of missed calls, messages, it was incredible. It’s been completely overwhelming, it’s humbling. 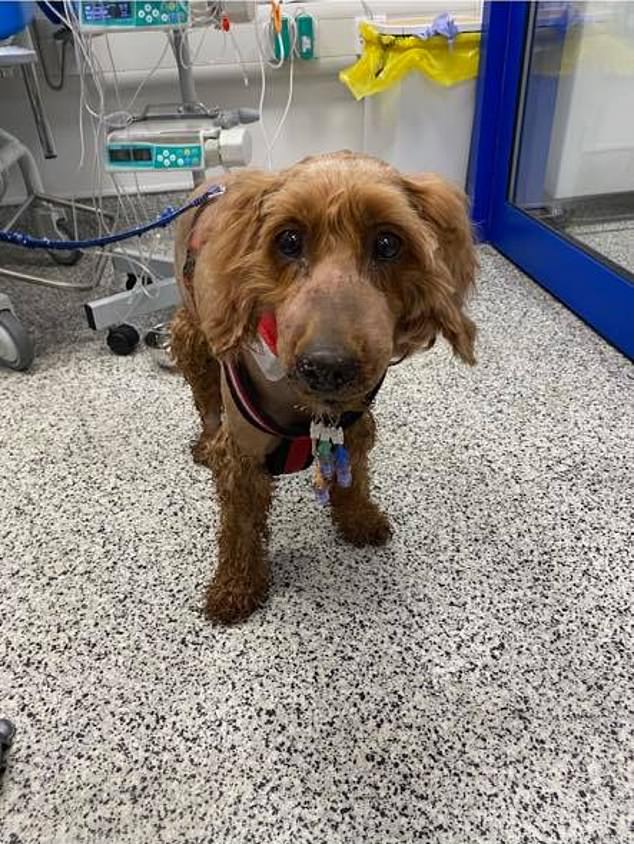 Cooper, pictured, underwent a four hour operation and still faces the prospect of being castrated because of the extensive injuries he suffered in the attack 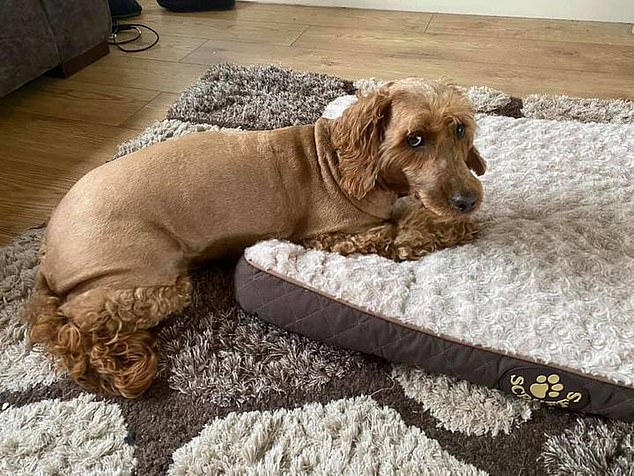 Cooper, pictured, is now back home to recover from his horrific ordeal 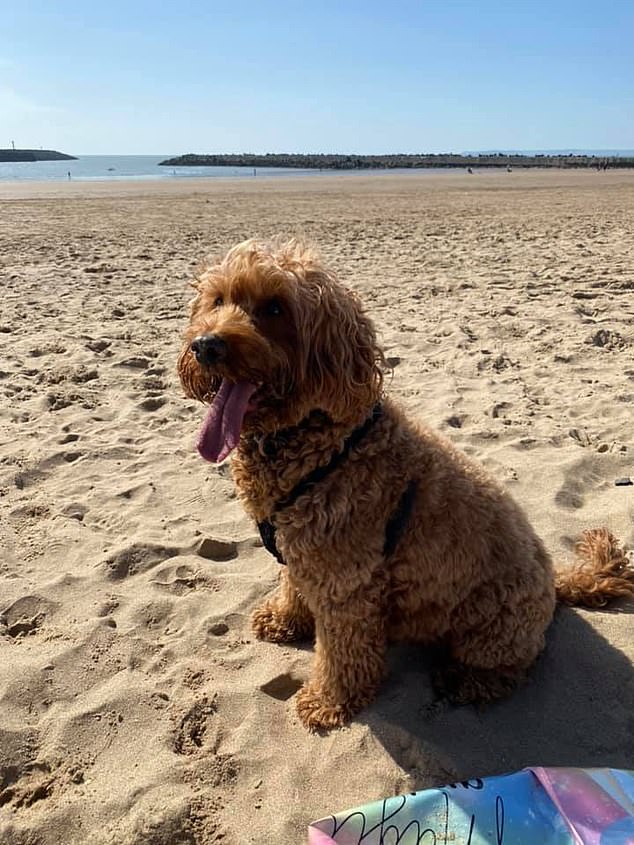 Cooper, pictured before his ordeal

‘We really just want to thank everyone for all their support. It has been incredible, we’ve had people from America, Spain – we’ve had support from everywhere, not just our little village.

‘We wanted to raise awareness for people please not to let their dogs out without a lead, and also how important insurance is, because ours would cover us for up to £7,000 which we now don’t have to find.

‘With the next raft of operations Cooper has to have, we’re probably going to be in excess of around £20,000.’

Ms Powell’s parents were looking after the dog while she and her husband were at work.

Her dad Chris Powell, 79, was walking Cooper in a back lane near his home when a large bull terrier cross attacked and ‘locked on’ to the cockapoo’s neck.

It took four men to prise the pet from the jaws of the large dog.

Such were the extent of Cooper’s injuries, he was rushed more than 80 miles away to Eastcott Veterinary Hospital in Swindon.

Ms Powell said: ‘They had a team waiting for us. They were shocked at the extent of Cooper’s injuries and told us he needed to be operated on immediately to stabilise him as his breathing was erratic and his condition was rapidly deteriorating.’

He was treated for a severed jaw, severe soft tissue damage in his mouth and substantial muscle and tissue damage all over his body.

The dog had a four-hour long emergency operation and vets have warned due to extensive damage, the dog may also have to be castrated.