England fans have taken to social media to call for Eddie Howe to replace Gareth Southgate following England’s disappointing defeat to Denmark at Wembley on Wednesday.

The Three Lions fell to a first home loss in two years as out-of-sorts Harry Maguire’s sending off was compounded by Christian Eriksen scoring a controversially-awarded penalty.

And supporters watching at home were not impressed at all by the stagnant display with some demanding a change in management. 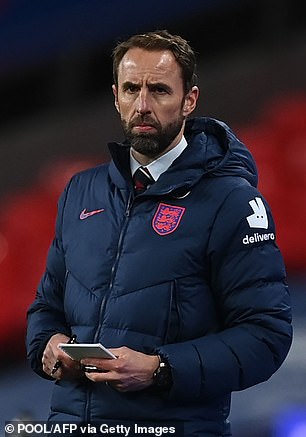 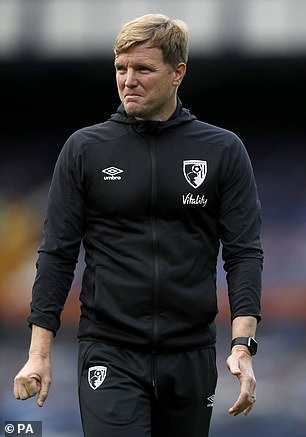 ‘Eddie Howe get your bags ready, England need you,’ wrote one while another tweeted ‘get Southgate out now and get Eddie Howe in before a generation of brilliant youngsters is lost’.

One went further in his citique of Southgate, writing: ‘Thanks for the memories Gareth Southgate. A country that has stagnated and is going nowhere under your management. Time for some fresh ideas and a new face. What is Eddie Howe doing these days???’

thanked Southgate for the memories before asking ‘what

Three days on from impressively coming back to beat Belgium to go top of their Nations League group, Southgate’s side stumbled to a first defeat on home soil since September 2018. 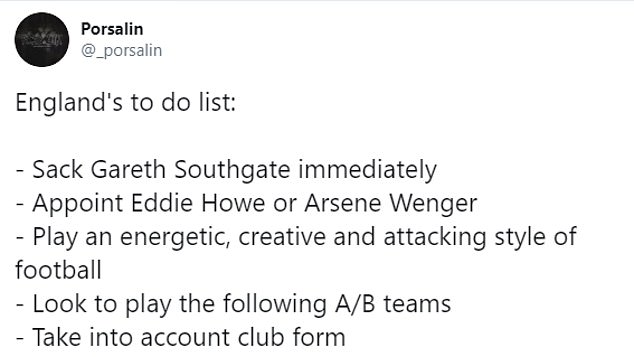 Eriksen’s penalty shortly after Maguire received two bookings in 31 wretched minutes were the key moments at an empty Wembley, where Denmark held on for a 1-0 win against visibly-frustrated England.

That frustration boiled over after the match, with referee Jesus Gil Manzano sending off impressive full debutant Reece James for dissent.

It was a galling end to October’s triple-header, with the post-match focus sure to be on discipline and Maguire after his nightmare performance continued a testing period on and off the field. 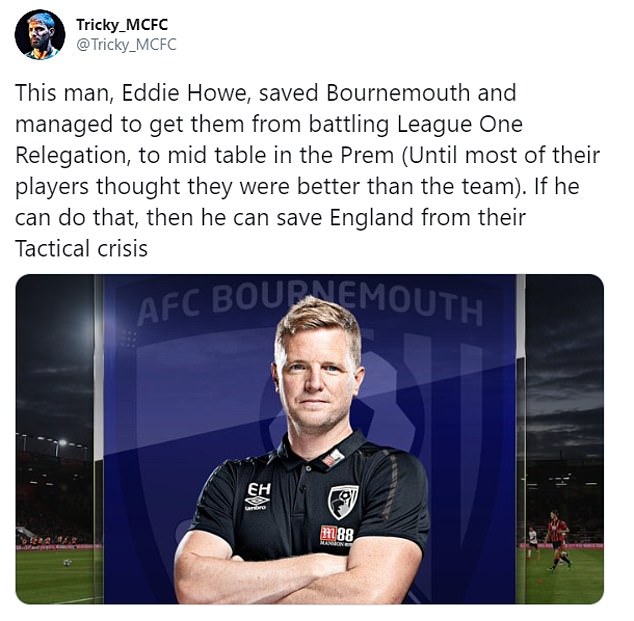 How to Find Every Hidden Gem in Crash Bandicoot 4

Coronavirus: Are some soaps better than others?

This workout bench has rave reviews from more than 8,500 shoppers—and it's over half off

French anti-riot police fired teargas and water canons on Saturday as clashes broke out during protests...