Marko Arnautovic has been banned for one match by UEFA for insulting North Macedonia’s Gjanni Alioski but their decision makes no reference to racism despite claims he said ‘I’m f***ing your Albanian mother’ in the direction of Ezgjan Alioski.

On Tuesday, it was revealed that UEFA had appointed an ethics and disciplinary inspector to investigate Arnautovic’s outburst and there were suggestions that if he was found  guilty, he could miss the tournament.

But UEFA’s ruling makes no reference of racism. The suspension rules him out of Austria’s match against Holland on Thursday.

Arnautovic scored his side’s third goal in the 3-1 victory to have them three points in their opening group clash. 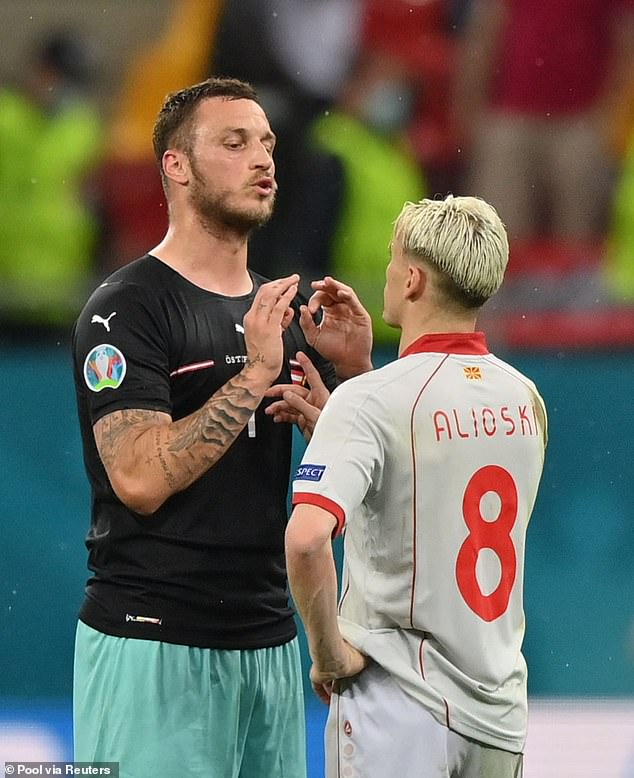