Harry Kane ‘can’t keep coming short’ for the ball amid his slump in goalscoring form for England at Euro 2020, insists Alan Shearer… as former striker urges Spurs star to ‘SCREAM’ at fullbacks to deliver more crosses

Harry Kane has to mix up his play if he is to turn his goalscoring form around for England at Euro 2020, according to Alan Shearer.

The 27-year-old put in another sub-par performance in the goalless stalemate against Scotland at Wembley on Friday evening, and has yet to register a shot on target in the tournament.

The striker was substituted for a second match running, with Marcus Rashford replacing him after 74 minutes, during which he managed just 19 touches. 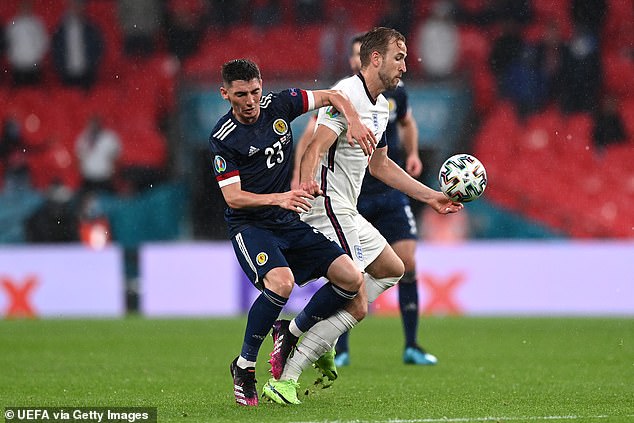 Harry Kane cannot keep coming short for the ball if he wants to turn his form in front of goal around, according to Alan Shearer 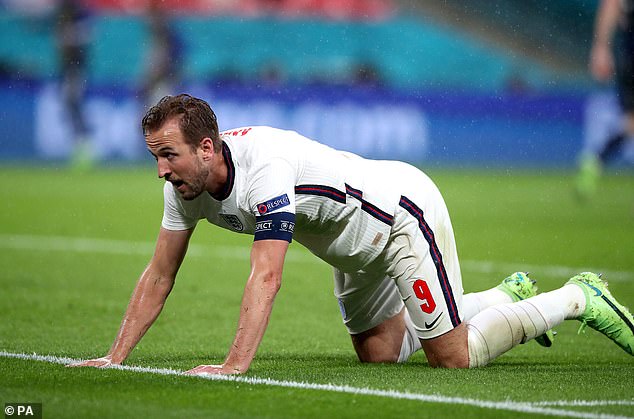 His worrying form in front of goal comes after the Three Lions captain – who has had just three shots in the Euros so far – won the Premier League Golden Boot in 2020-21 after scoring 23 goals for Tottenham.

A lack of service to Kane in dangerous positions has also contributed to his poor goalscoring return this summer for his country.

And former England forward Shearer insists the Spurs star must demand crosses in from full-backs like Reece James rather than coming to receive the ball short all the time.

‘A month ago he got the Golden Boot, but it’s just a reminder to Harry that he can’t keep coming short,’ Shearer told the BBC. 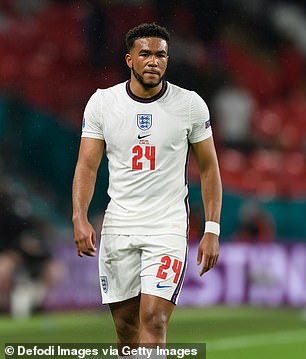 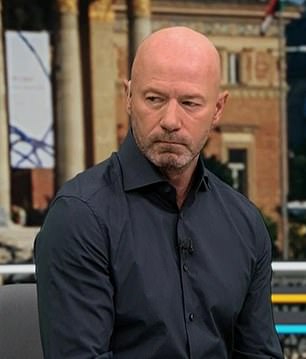 ‘You’ve got to offer the defenders other problems. In his defence it was far too negative last night.

‘You’ve got to break the lines. The number of times I’ve seen Reece James whip a ball in, he doesn’t even think once about doing it.

‘Harry Kane should be screaming at him to get that ball in. There’s no doubt Kane can play better and he will play better.

‘Bobby Robson once said to me ”do not keep coming towards the ball, offer other problems to the defender”. When the crosses aren’t coming in he has to tell them.’ 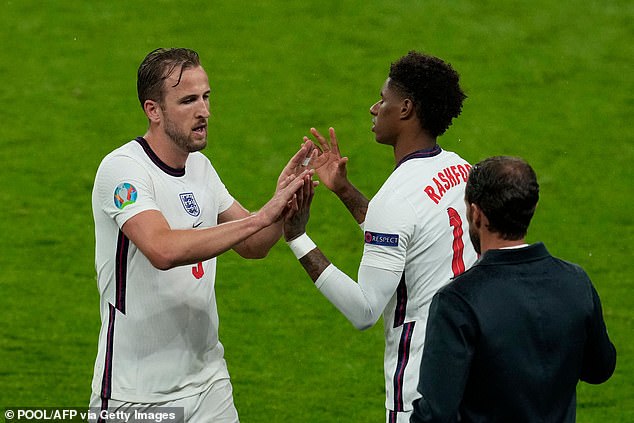 Kane however was only a participant in what was a very lethargic performance from Gareth Southgate’s men.

And Shearer believes they played the occasion against their rivals rather than the Group D fixture at hand, while praising Scotland midfielder Billy Gilmour for his performance on his first senior start for his country.

‘I thought it was always going to be a scrappy game but we showed our inexperience,’ Shearer added.

‘We played the occasion rather than the game. We were slow and leggy. Scotland were brilliant, having Billy Gilmour in there. They made it very difficult for England.’ 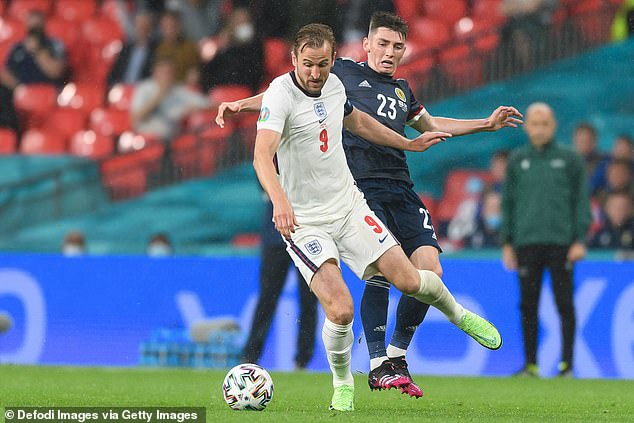 The draw means England have yet to seal their spot in the second round of the tournament, despite taking another step towards it at Wembley.

And Shearer urged calm despite the Three Lions coming crashing back down to earth having beaten Croatia 1-0 in their opener, with their final group fixture coming against Czech Republic on Tuesday.

‘There’s no need to panic. They haven’t conceded. It was all very positive after the Croatia game,’ Shearer continued.

‘I don’t think we should get too despondent. There are things to improve on but it will get better.’ 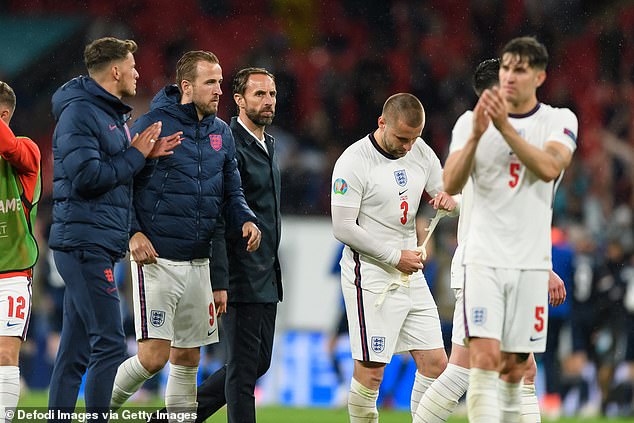