They are the lab-coat wearing virus-fighting team who may have landed the killer blow in the battle against Covid-19.

Oxford University has today announced its clinical trial results for its jab, which show it is up to 90 per cent effective at stopping the virus.

The news is a huge boost to the Government, which already has 4million doses ready to be administered as soon as it’s approved and has ordered 100million.

The jab is expected to cost just £2 a time and can be stored cheaply in a normal fridge, unlike other vaccines made by Pfizer and Moderna that showed similarly promising results last week but need to be kept in ultra-cold temperatures using expensive equipment.

But who are the ‘fantastic five’ behind the newest jab – which the Government hope could help restore normality to British life?

Sarah Gilbert is a British vaccinologist who is Professor of Vaccinology at Oxford University. 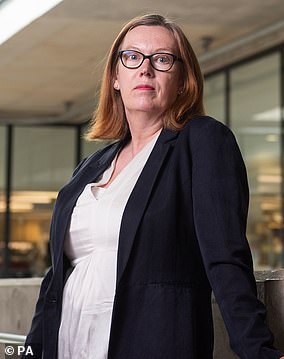 Leading the team is Sarah Gilbert, a British vaccinologist who is Professor of Vaccinology at Oxford University

She has more than 25 years experience in the field and has previously led the development and testing of a universal flu vaccine, which underwent clinical trials in 2011.

Professor Gilbert is not just busy at work, she’s got her hands full at home too, being the mother of triplets.

Born in April 1962, she attended Kettering High School, before attending the University of East Anglia, in Norwich, where she studied Biological Science and later University of Hull for her doctoral degree.

She later took roles in Gloucestershire, Nottinghamshire and Leicestershire before joining the lab of Irish vaccinologist Adrian Hill, where she carried out research into malaria. The pair are both involved in Oxford University spin-off biotech firm Vaccitech.

She was made Professor at the Oxford-based Jenner Trust in 2010 and started work on research for a universal flu vaccine, which underwent clinical trials in 2011.

She has had to juggle the intense work with her home life, including being a mother to triplets – all of who are now at university.

Earlier this year, Professor Gilbert told the Independent: ‘I’m trained for it – I’m the mother of triplets.

‘If you get four hours a night with triplets, you’re doing very well. I’ve been through this.’ 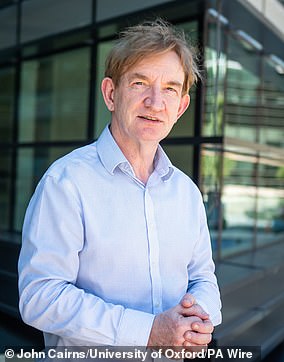 Adrian Hill is an Irish vaccinologist and director of the Jenner Institute – which develops vaccines and carries out clinical trials for diseases including Malaria, Tuberculosis and Ebola

Adrian Hill is an Irish vaccinologist and director of the Jenner Institute – which develops vaccines and carries out clinical trials for diseases including Malaria, Tuberculosis and Ebola.

Formed in November 2005, the institute is named after Edward Jenner – the inventor of vaccinations.

Born in Dublin, Ireland, in 1958, Professor Hill attended Belvedere College in Dublin for secondary school. He later went on to study medicine at Trinity College in Dublin, before transferring to Magdelan College in Oxford – where he completed the rest of his medical degree.

He later joined charity the Wellcome Trust and in 2014 he led a clinical trial of a vaccine for Ebola following the outbreak in Africa.

According to the New York Times, Professor Hill became interested in vaccines in the early 1980s, when he visited an uncle who was a priest working in a hospital in Zimbabwe.

He said: ‘I came back wondering, ‘What do you see in these hospitals in England and Ireland?’. They don’t have any of these diseases.’ 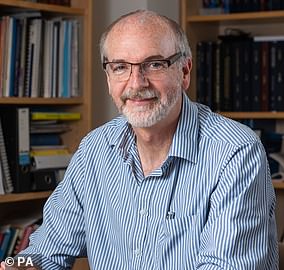 Andrew Pollard is the director of the vaccine group. He is also a Professor of paediatric infection and immunity at the University of Oxford

Andrew Pollard is the director of the Oxford vaccine group. He is also a Professor of paediatric infection and immunity at the University of Oxford, honorary consultant paediatrician at Oxford Children’s Hospital and Vice Master of St Cross College, Oxford.

After obtaining his medical degree at St Bartholomew’s Hospital Medical School at the University of London in 1989, he trained in paediatrics at Birmingham’s Children’s Hospital.

He has been a member of the World Health Organisation’s SAGE committee on Immunisation since 2016.

He has published 46 papers in his field and has supervised 37 PhD students.

His publications includes over 500 manuscripts and books on various topics in paediatrics and infectious diseases.

Outside of work, Professor Pollard made the first British ascent of Jaonli (6632m) in 1988 and Chamlang in 1991 (7309m) and was the Deputy Leader of the successful 1994 British Medical Everest Expedition. 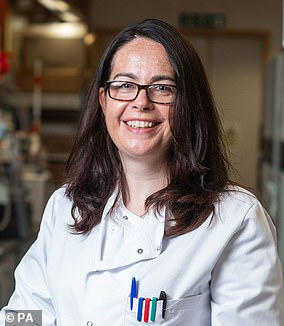 Teresa Lambe is an associate professor and investigator at the Jenner Institute. She has previous experience working on vaccine research, including into Ebola, the common flu and MERS – another coronavirus

Teresa Lambe is an associate professor and investigator at the Jenner Institute.

She has previous experience working on vaccine research, including into Ebola, the common flu and MERS – another coronavirus.

Dr Lambe grew up in County Kildare, Ireland, and went on to study pharmacology and molecular genetics at University College Dublin, before moving to Oxford University in 2002.

Outside of her work she likes to job and spend time with her husband and children, something which she says she has not had much time to do this year.

She told the Irish Times: ‘I love science and working on vaccines, and I am lucky that this means I get to do something constructive in this pandemic. I want to help, and that keeps me going.’ 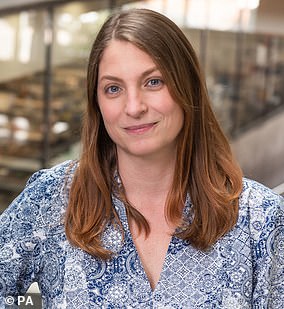 Despite being unable to make the grade for medical school, Katie Ewer did not give up on her dreams. She took up microbiologist instead, and grew fascinated by infectious diseases

Despite being unable to make the grade for medical school, Katie Ewer did not give up on her dreams.

She took up microbiology instead, and grew fascinated by infectious diseases.

After completing her PhD in the subject she joined Oxford University’s Jenner Institute – where she has spent the last 13 years working on a malaria vaccine.

She is now a senior scientist at the Jenner Institute.

When asked by Esquire magazine earlier this year whether the work to develop a vaccine had been stressful, she simply replied: ‘Yes.’

She added: ‘I try not to think about it too much.’

Professor Ewer also added that she has stopped using social media, adding: ‘I had to stop engaging with it because if I think too much about it, I get really stressed.’